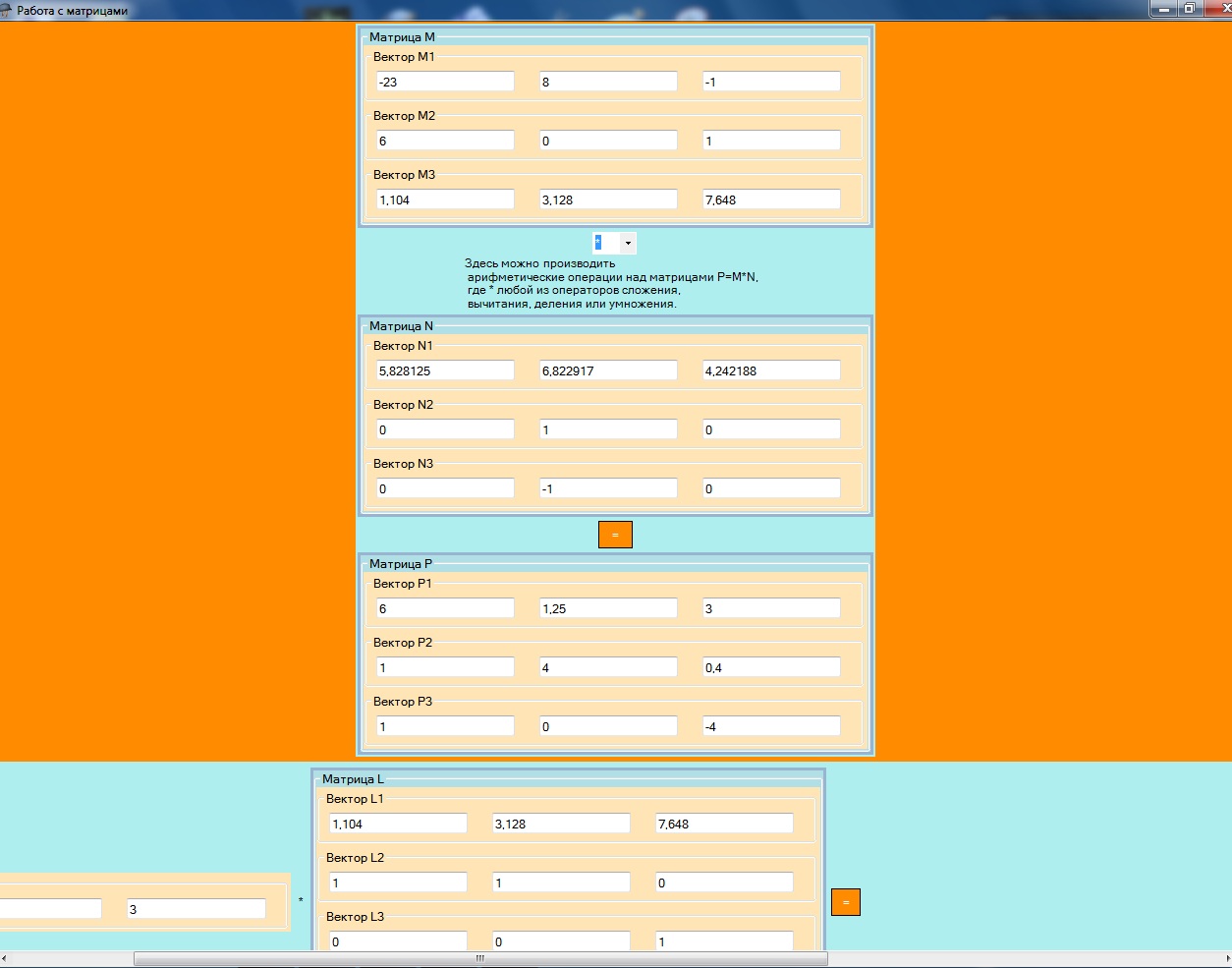 Артем005 information about the seller and his items
offlineAsk a question

Help for the program to work with matrices 3 3.
The program is designed for children and teenagers, schools and universities in

Key features of the program.

Arithmetic expansion, including a complete set of mathematical functions.
Addition, the scalar product of vectors and multiplication of the number of
Addition, multiplication, and matrix multiplication by a number, a vector, matrix.
For the calculation of the scalar distance between two vectors
For the normalization of vectors of the vector length of the vector, the reverse vector. Three types of interpolation of two vectors containing the curve given vectors. Linear - interpolation of straight line and two interpolation curves: CatmullRom and Hermite interpolation, these curves are set apart from the two vectors of the two tangent vectors. Barycenter of the three vectors with a graphical representation of the image and the control panel. The mixed product of the two vectors, i.e. penpendikulyarny vector defined by two. Clipping vector two vectors from above and below, each coordinate. A maximum of two vectors coordinatewise. The reflection vector from the surface normal vector with a given picture and graphics management.
For the matrix is \u200b\u200bzero, the identity matrix, vector top before, set, bottom and left and right of the vector matrix computation determinant of the inverse matrix and the transpose of the matrix, the matrix of rotation around an arbitrary axis and given vector species matrix, given three vectors representing the video camera .

Full certificate program can be found at - http://artem00511.narod.ru/MatrixWork.chm


All calculations in the program take place numerically rather than analytically.

analytically can only input numbers.

Related to item "Working with matrices 3 3":