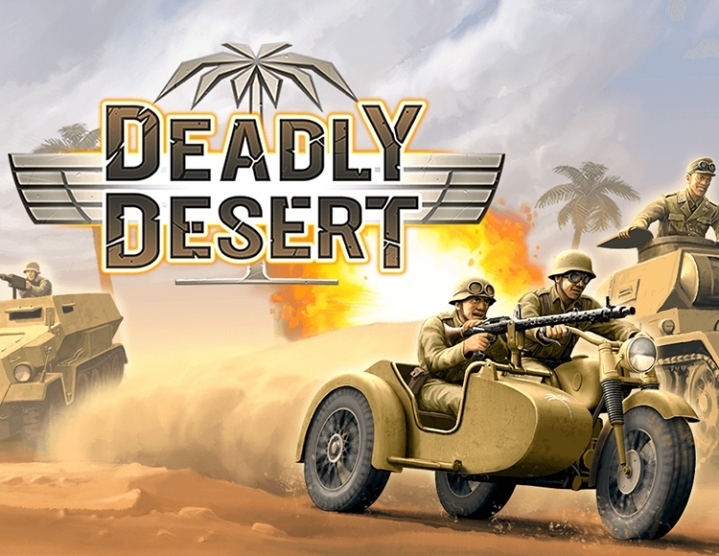 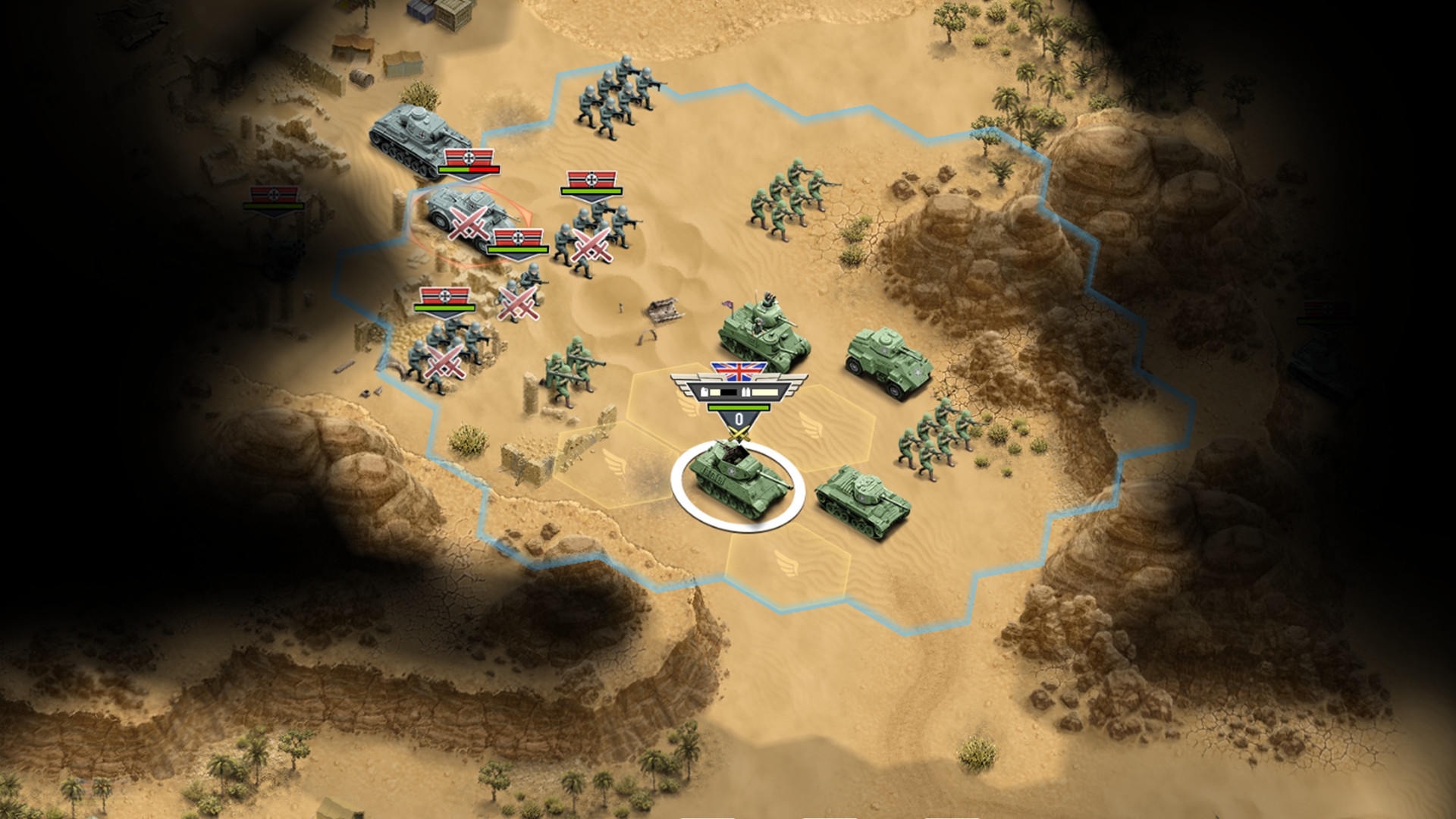 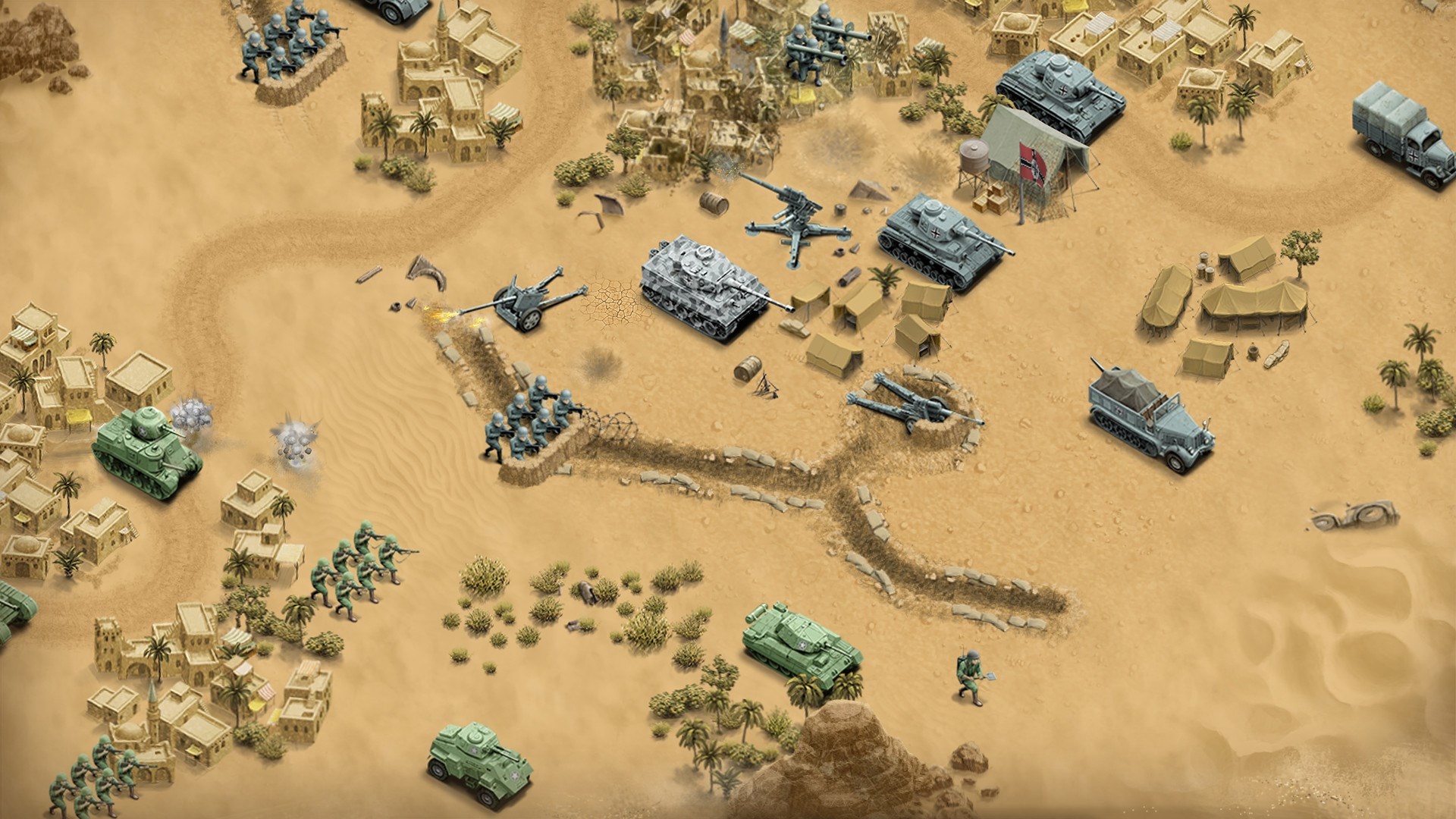 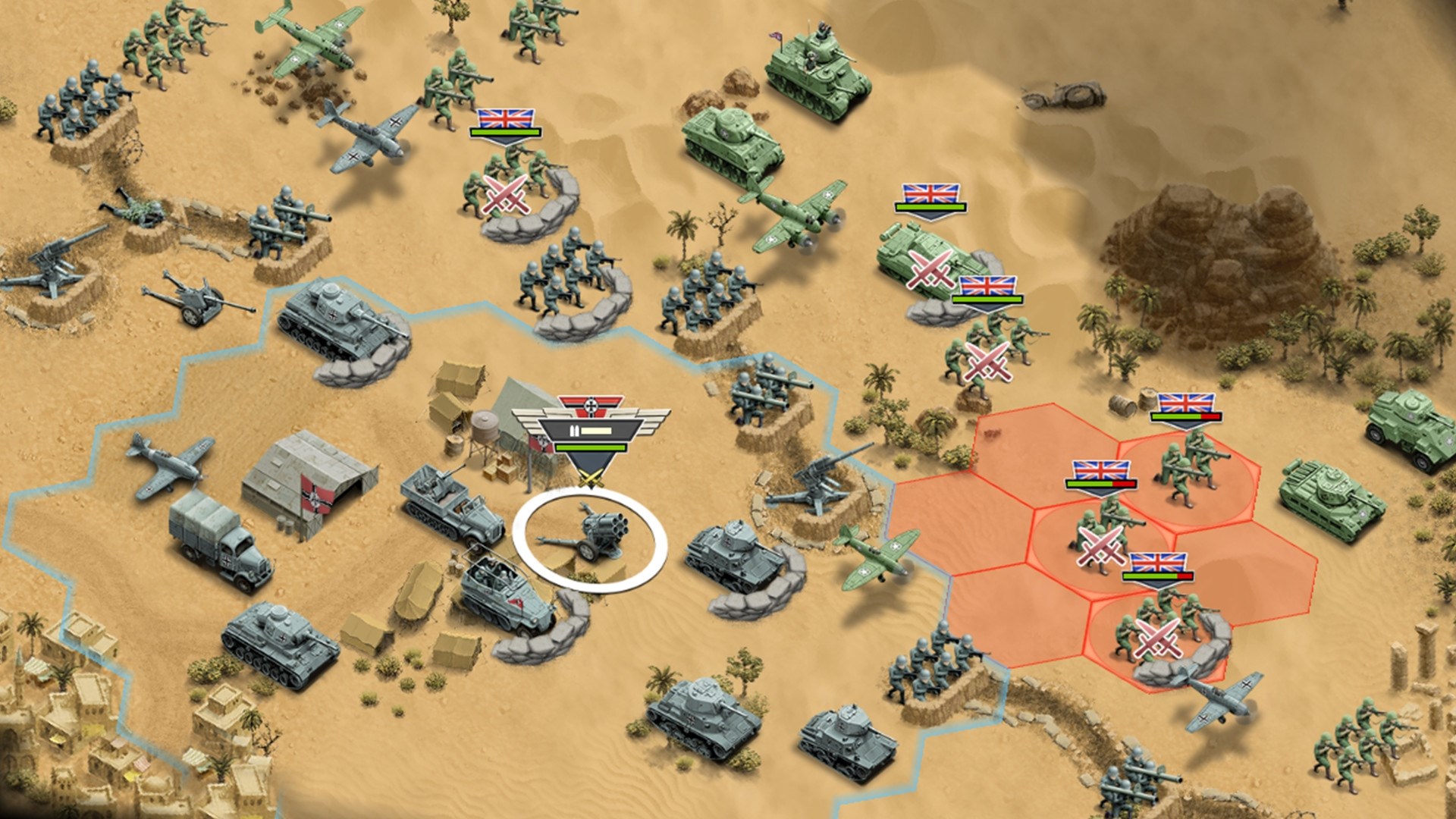 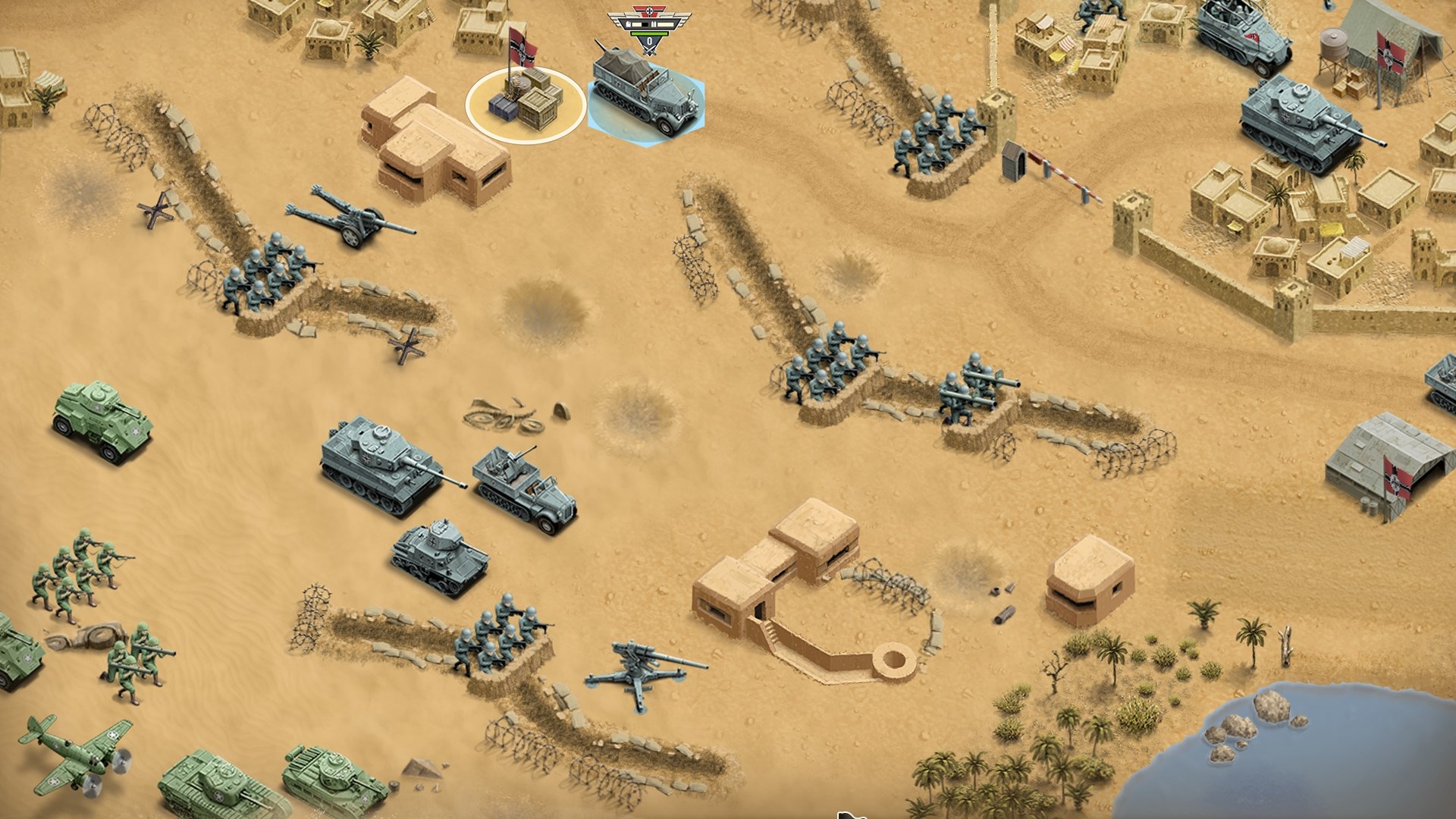 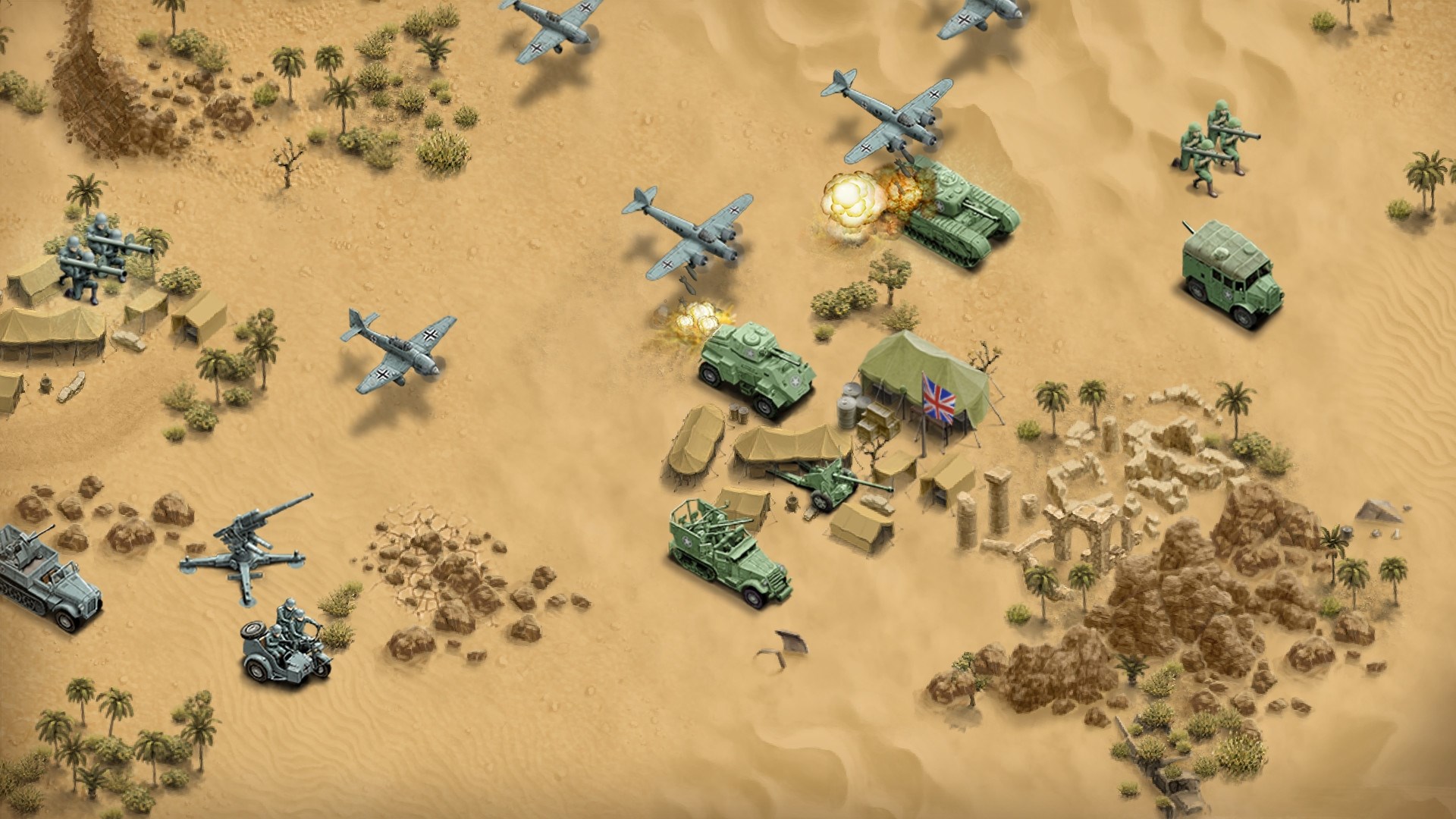 Description:
You are waiting for dynamic battles for the desert territories during the Second World War. The main factors that will affect your victory or defeat are the originality of your thinking and leadership skills. Can you survive the most difficult battle in history? “1943 - Hot sandy wind permeates the camp. Intelligence reports on the accumulation of significant Wehrmacht forces. Desert Fox is rapidly moving towards the western oasis. The armed forces of Britain are in a state of full readiness to repel an invasion. At the same time, the Hitler coalition is preparing an attack on the vital center of replenishment of stocks. Heavy tanks, artillery and transport vehicles - all ready for the next battle. Which side will you choose? ”THE GREAT WARANWAY a decisive battle between the allies and the Hitler coalition! Choose your side and lead your army to victory! STEP BY STEP TACTICAL BATTLE Correct strategy is the key to victory! Give orders to your officers on the battlefield. They will motivate, inspire and strengthen the troops under their command! DANGEROUS TASKS Become the greatest general of all time and show your tactical genius in various military campaigns! Open new tasks, maps and scenarios! RICH ARSENAL OF WEAPONYour tactical capabilities are almost unlimited. Engage tanks, airplanes, infantry, troops, artillery and other special forces and weapons! DIVERSITY OF FIELDS OF FIGHT Divide the enemy on the ground and in the air! Lead your soldiers into battle and become the winner in historical battles for Africa! STRATEGY IS MORE THAN more new units to solve tactical problems! Manage destructive air strikes or command marches. The stakes are high, but a reward for a glorious victory awaits you! Features: Turn-based strategy during the Second World War
Exciting campaigns and challenging missions
Absolute "must-have" for all strategy lovers
Many different combat units
Highly detailed graphics and great sounds.