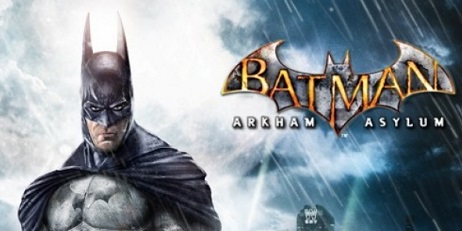 AllGameClub information about the seller and his items
offlineAsk a question

The game begins with the fact that Batman brings the Joker to the Arkhemsky psychiatric hospital and, feeling wrong, decides to personally accompany his worst enemy to the camera. For bad forebodings were all reasons. First, the Joker suspiciously easily let himself be captivated. Secondly, by a strange coincidence, there was a fire in the city prison, and the army of the insane clown´s henchmen was transferred to Arkhem. Thirdly, by the time the Joker appeared, almost all the sociopaths Gotham maniacs were in the clinic. Is it any wonder that the hospital ended up being captured by the scum that was languishing in it, and Batman became the main target for all his enemies.
Batman: Arkham Asylum is one of the few examples of the truly virtuosic use of Unreal Engine 3 technologies. Luxurious flowing animation, detailed surroundings and, without exaggeration, a flurry of outstanding special effects. From the blow to the head in the eyes of Batman (and the player), everything starts to split in two, slowdowns are regularly activated in fights, while during the hallucinations induced by the Scarecrow the screen flashes bright flashes for a moment. Beautiful - the developers really achieved the notorious "presence effect".
But without atmospheric, sounding through the bones, they would have failed. Arkhemskaya dispensary really sounds (exactly, with a capital letter). The incomparable mocking tone of the Joker, the grave whisper during hallucinations, the insane cries of someone, the panicked cries of the guard - all this vividly resembles the old woman The Suffering.