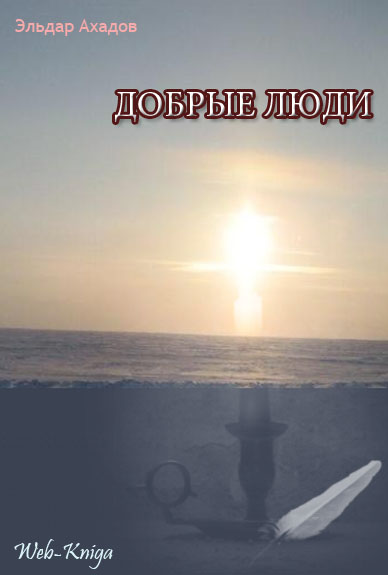 Your suggestion to collect in the 50 best book of prose works put me in a deadlock. The fact that they are very different, very different, and on different written. For the first time I asked myself: What unites these works? Tales, stories, parables, and so on.
And he made the same discovery for themselves. Combine my work - they are the main characters who have one thing in common. All of them ... from the point of view of practical, selfish and narrow-minded - do Rach-ki! Or ... blessed. Judge for yourself:
Well, what of the poor patron of the artist? But he still became a patron of the arts for blind girls, all his paintings sold for a pittance! With the village idiot, everything is clear by name, and he was - a hero who sacrificed their lives for the sake of children ... Evprosinya - outright fool, but how many people saved soul! Lapshin - quixotic pediatrician, funny, materyaschiysya, quite disinterestedly spending himself for the sake of patients - a fool, but how many people were born thanks to him and bid him come to the people Pobol than some statesmen! Geologist Archers, playing the saxophone in the middle of the taiga to anyone - well, if not an idiot: I quit a herd of horses and went to watch the sunset, as a result - found deposits of precious stones! Cook of the tundra village: stupid fool, why did she come from a monkey to save? Extra money? Where then do with the animal? I do not think - saves and feeds. Saint Elizabeth Fyodorovna her husband was torn to pieces by a bomb, but it instead to flee the country, people save, the hospital building. And the village people from the story "Good people" - leave their homes wide open, but still happy if someone came to eat! A soup and Karasik of the same story? Of course, the irrational, but one of his men saved the irrationality and the other on their backs for pennies entire North rebuilt. A dreamy eccentric Petrovich (story "The Well")? About tales really do not say there is an eccentric cranks. And more. All my works are imbued with kindness. They are nowhere near the blood, there is no sadism and of all that so thickly peppered current "literature."
And in parables heroes - not of this world. Thus, I can say that my work - continues the tradition of world literature on the eccentrics (eg Cervantes or Shukshin - also wrote about eccentrics) on which the world rests!