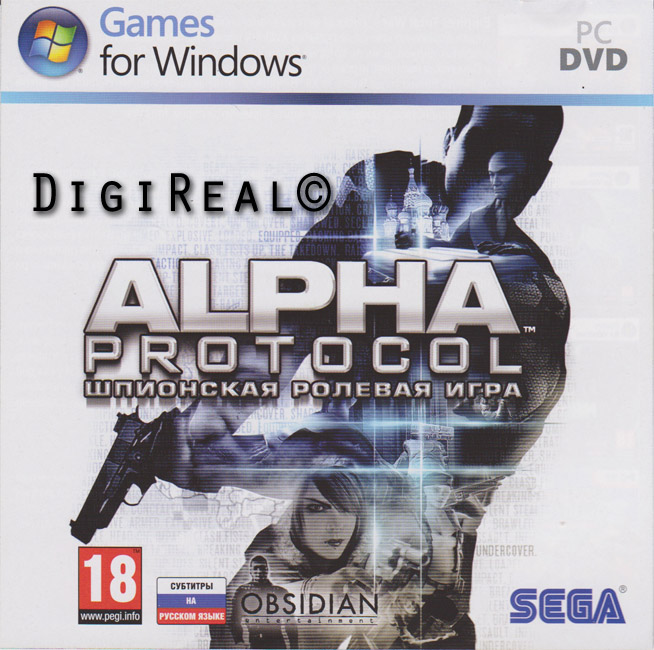 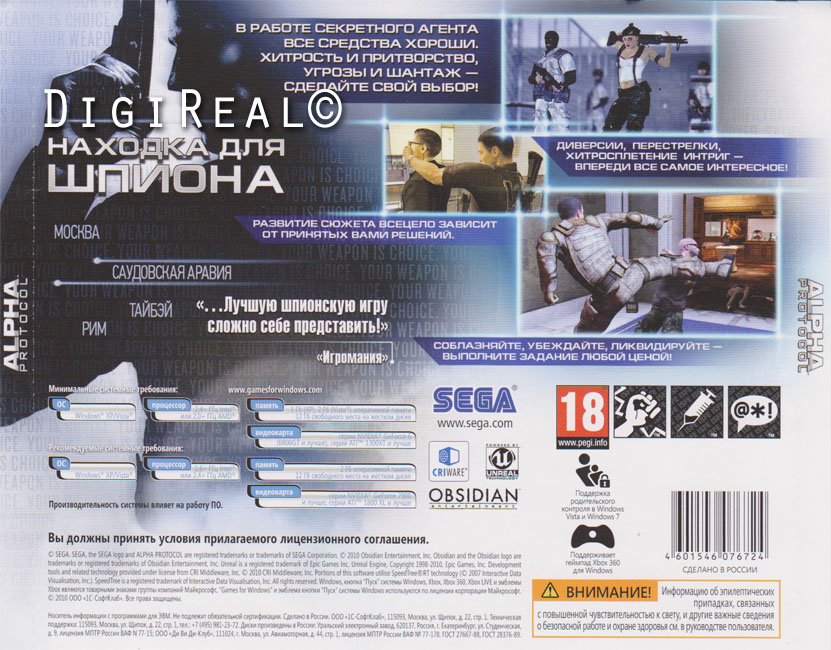 Instant delivery!
The license key activation of the box with the game Alpha Protocol from the company "1C".

The draft Alpha Protocol player gets an opportunity not only to fully control the actions and behavior of the main character, but also to determine its attitude to events that affect the course of events. Implemented in the game of modern combat system designed for quick decisions. These interesting features in conjunction with the possibility of intensive development of the hero and innovative role-playing elements, carefully thought-out plot, which can compete with the best works in the genre of the spy thriller, as well as an elaborated virtual world, which ensured the full effect of presence, can be called the Alpha Protocol role-playing game of the new generation.

Features:
• Create a spy. As the game progresses, Michael Thorton develop their skills, learning new techniques of close combat, new weapons, ingenious devices and various skills.
• It all depends on you. You are the Michael Thorton, and only you can decide how to perform a particular task. Command away, and you're right in the middle of the action, so that the right choice - for you. For any purpose in Alpha Protocol is always a number of ways.
• The complex relationship. Interact with enemies and allies can be many different ways - on your behavior depends on the development of the plot. In addition, actions Tortona determine what tasks and types of weapons will be open, and what allies he will appear.
• Any weapon. Arsenal agent will impress even the most discerning players. Thanks to extensive customization capabilities of weapons, each chosen a set of deadly devices to taste.
• There is no time! Events are moving at a furious pace, so take every decision and every action must be very fast, but not recklessly. In order to survive and save the world, you have to learn to think fast!
• The Real World. Global catastrophe not played somewhere in a distant galaxy, but in the real world today. Together with Thorton you will visit Rome, Taipei, Moscow and even in Saudi Arabia.
• Impeccable reputation. Staff studio Obsidian, which created Alpha Protocol, last worked on such hits as Star Wars: Knights of the old Republic II, Neverwinter Nights 2, Baldur's Gate, Planescape Torment, and Fallout.

Note: The key can not be activated in the Steam!