Arlyuk Boris. The Times did not choose 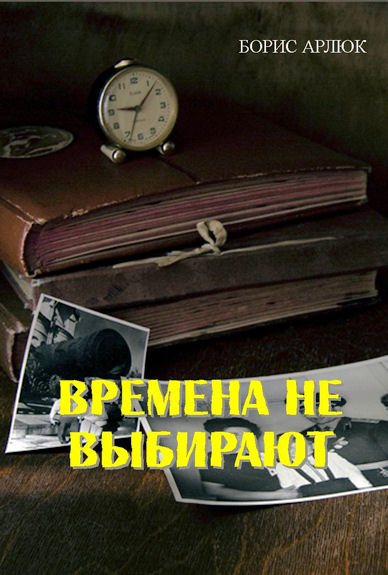 The novel is autobiographical. The author Boris Arlyuk is a famous scientist, a specialist in the field of aluminum production technology and the forecast of global markets of industrial metals, Professor, Ph.D., member of the New York Academy of Sciences. His name was entered in a number of global directories «Who is who in the World and Science», «Famous Russian", it is included in Cambridge published in 2004, the reference book "2000 Outstanding Intellectuals of the 21st century," the information about it occupies more than 20 Google p.

In the novel are his memories of his childhood in pre-war Leningrad and the first year of the siege, his father went missing in Leningrad in the winter of 1942 he was with his mother and younger sister had been evacuated in the summer of 1942 in Western Siberia, the sister died of dysentery on the road. They returned to Leningrad in the autumn of 1945.

The novel describes the personal impressions about the conditions of life and customs in teaching at the school, at the Mining Institute in sectoral institutions and the difficulty of obtaining a doctoral degree in the absence of membership of the Communist Party and administrative posts under the Soviet regime.

The conditions of life and work of employees of industrial science in the period of restructuring and development of market relations.

In the novel, it is personal problems, mistakes and errors of the author in life.

In general outlines personal impressions of life in our country in the period from 1940 until the first decade of the 21st century.

Related to item "Arlyuk Boris. The Times did not choose":

Tishin MI Looking back, I hope