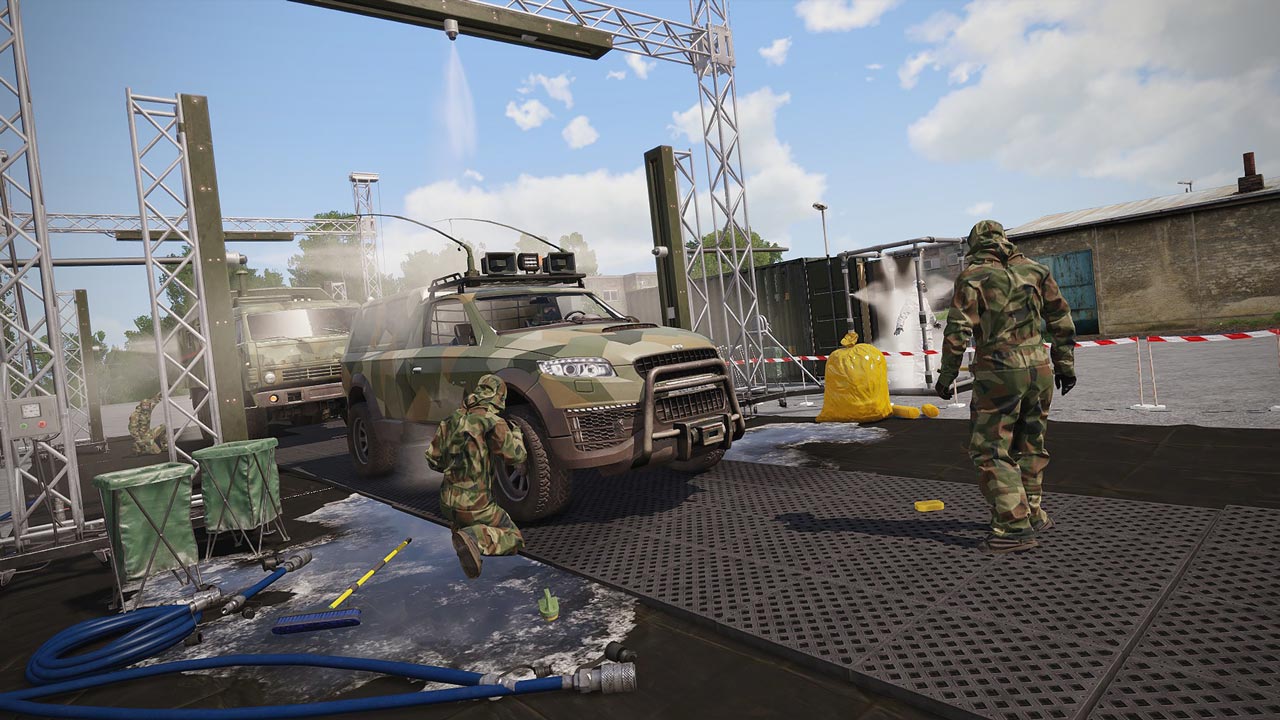 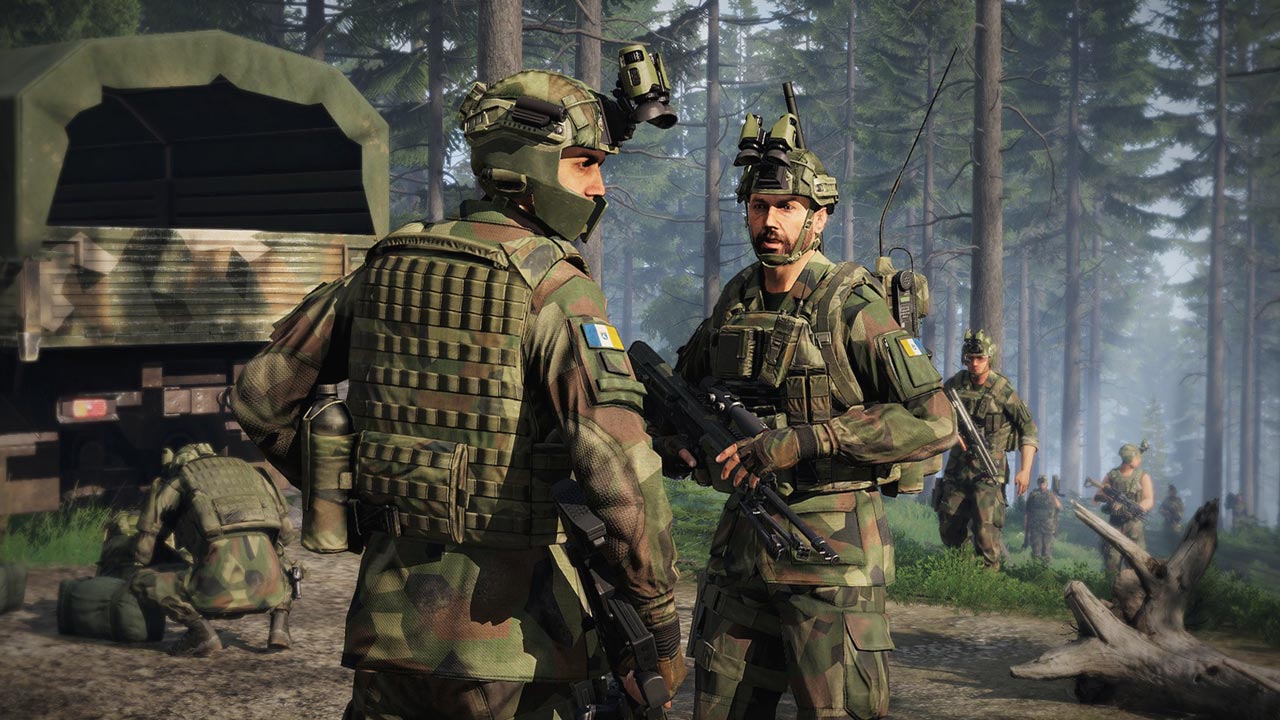 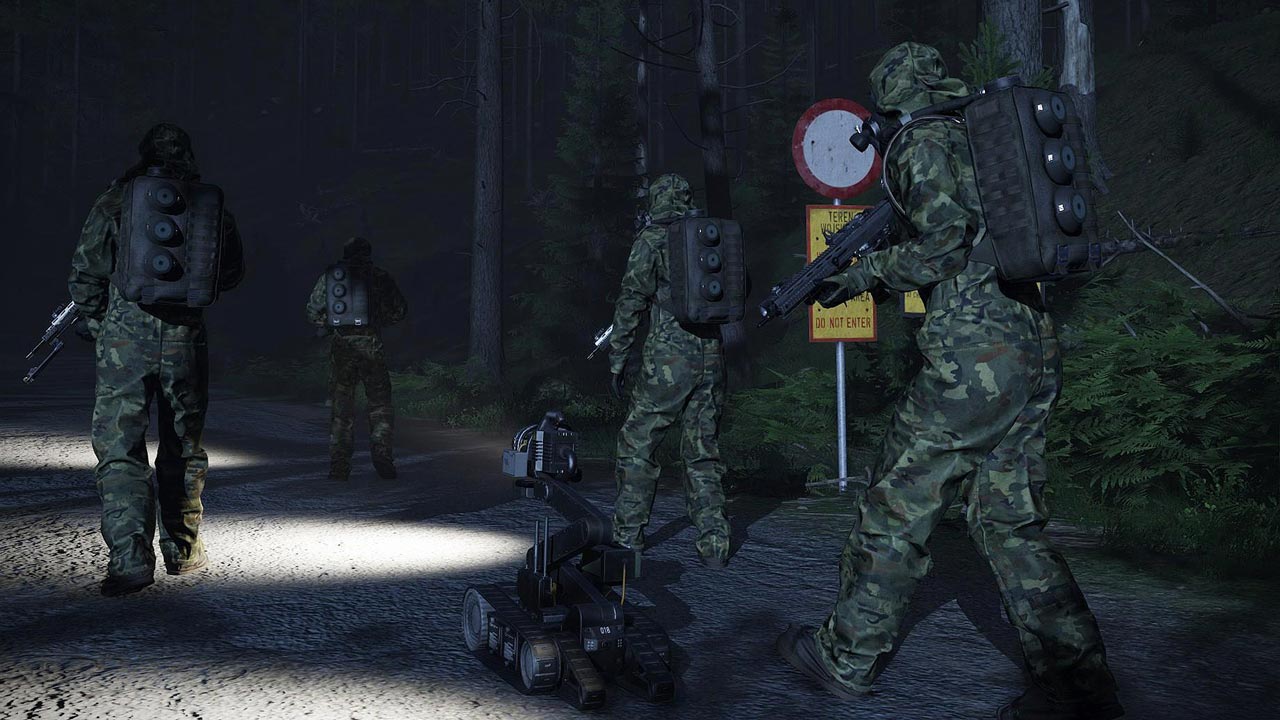 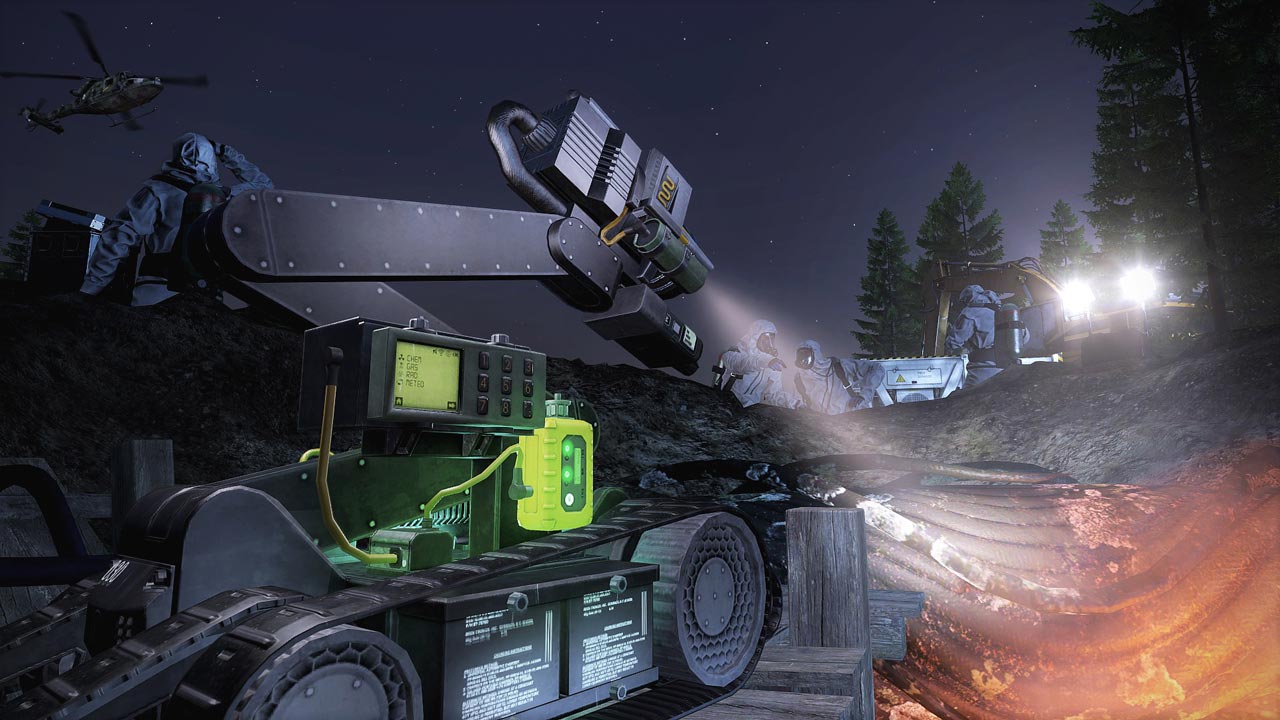 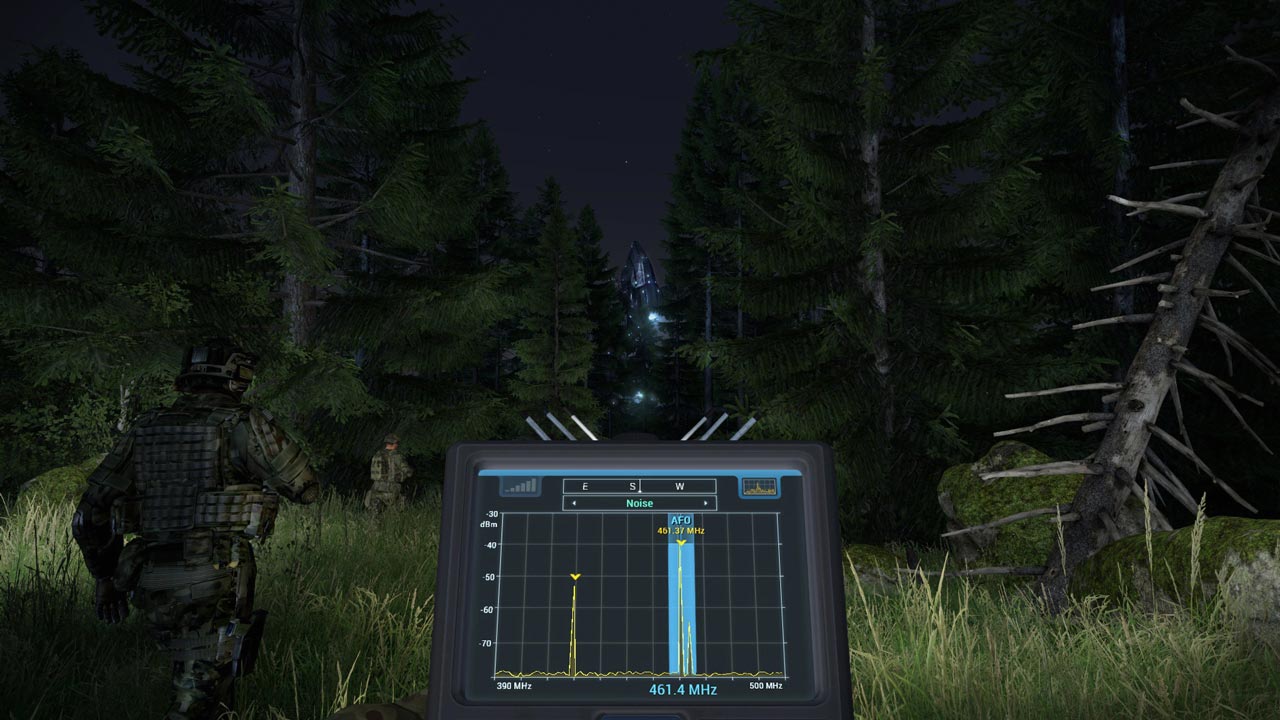 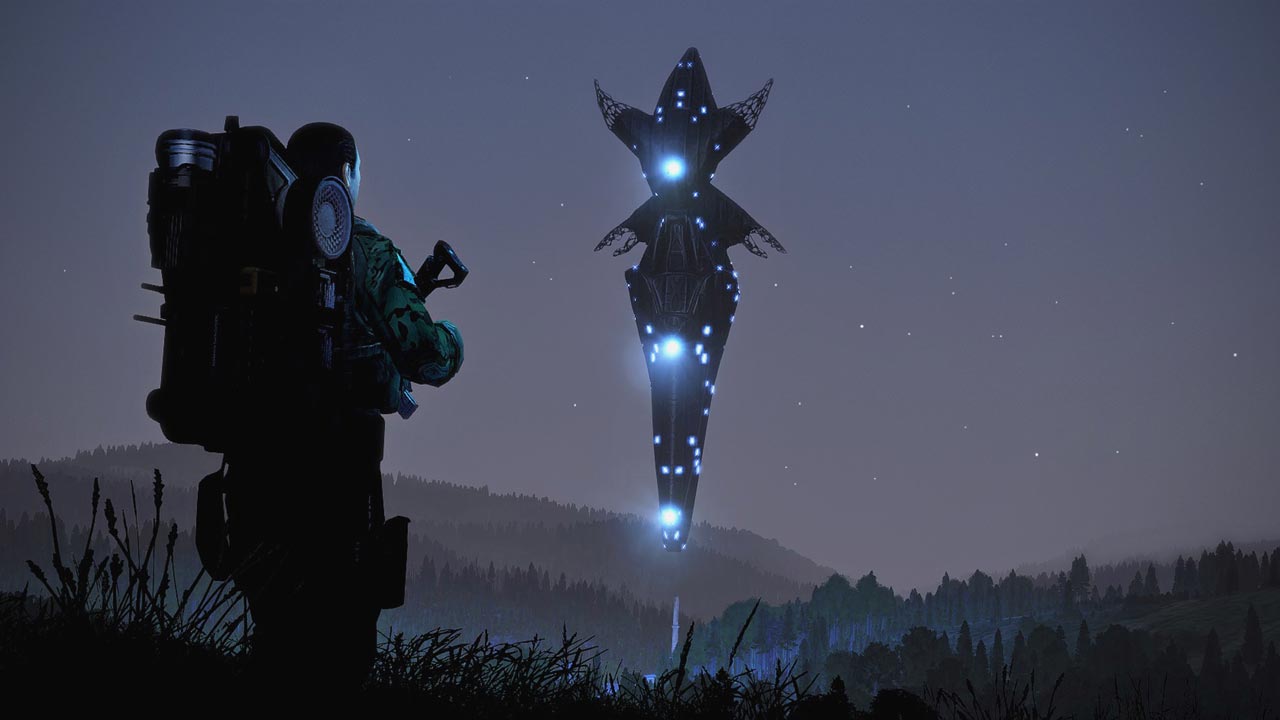 ATTENTION! Requires the Steam version of Arma 3 to run

========================================
What if humanity suddenly collides with extraterrestrial intelligence on Earth? Bohemia Interactive presents: Arma 3 Contact, a new expansion about the most important discovery in human history. As a soldier stationed in the paramilitary Nadbor region of Livonia, you will be among the first to study aliens and determine their intentions. However, in conditions of tension and chaos, armed conflict is inevitable. In Arma 3 Contact, you will experience an original story campaign in the genre of military fiction, along with a huge new map, factions, weapons, vehicles, uniforms, equipment and other innovations for the Arma 3 sandbox.

• Single player campaign "First Contact"
Have you ever wondered what could happen if aliens arrived on Earth? In the story campaign "First Contact" you will find yourself in the heart of a mysterious event that will become a new milestone in the history of mankind.
• New map - Livonia
Dense forests, wide open fields and many interesting objects. Get ready to explore a temperate summer environment ideal for combined arms combat
• Two factions
With the new map, two relatively small, but highly combat-ready military groups have also been added to the game. These are the Armed Forces of Livonia and the Russian special forces
• Five new types of weapons
Contact adds five new weapons to Arma 3´s arsenal. AFL uses the Promet assault rifle. Two new weapon models have been added to the AK assault rifles, which are mainly used by Russian special forces. The RPK-12 light machine gun is equipped with a characteristic 75-round drum magazine, an elongated barrel, a modified stock and an additional grip. The AKU-12 rifle is a lightweight carbine with a shortened barrel and a special muzzle brake. Finally, Livonian civilian hunters bring two weapons of their own to the game. The classic Mk14 hunting rifle is a single-shot version of the military-grade Mk14 with a walnut stock, while the Kozlice is a traditional 12-gauge “fracture” shotgun that can fire conventional bullets and buckshot; it comes in standard and cut versions.
• Two new types of equipment
Say hello to two new non-standard vehicles. The first in line is the ED-1 miniature UAV (unmanned vehicle). On the opposite side of the spectrum of military equipment is the Tractor. This robust diesel-powered workhorse returns from Arma 2 with a major makeover and texture update, and can be unexpectedly useful in certain circumstances.
• Equipment
The first contact with an extraterrestrial civilization will not be complete without new equipment. Perhaps the most impressive is the CBRN (chemical, biological, radiological and nuclear) equipment
• Classified intelligence
Little is known about the alien visitors, but their huge spaceship is hard to miss. Despite its colossal size, it is not difficult for him to soar in the air
• Additional scenarios for multiplayer games
Try the official Arma 3 Zeus Game Master, Combat Patrol and Warlords modes with new scenarios for the map of Livonia