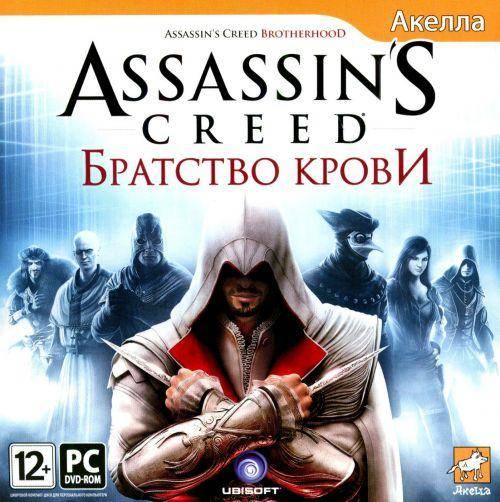 Digital copy (photograph) of the license activation key (CD KEY) Assassins Creed: Brotherhood of Blood from the official distributor of the company Akella and the largest online shop of video games in the Urals.

The third game in the popular series Assassin's Creed. Become a legendary assassin Ezio to continue the battle against the powerful Templar Order. At this time, to hit the enemy in the heart, it should go to the greatest city in Italy - Rome, center of power, greed and vice. To defeat the corrupt tyrants entrenched there will require not only strength, but also the ability to lead others along. It is now under the command of Ezio fell all Brotherhood. Only by working together can the Assassins defeat their mortal enemies. For the first time in the history of the series in the game entered a multiplayer mode. It will allow you to choose one of the unique characters, each of which has its special weapons and techniques of murder, and fight with other players around the world. It's time to join the Brotherhood!

Activation Key:
* To activate a key, you need to have a license disc or original distribution of the game! The easiest option to take a friends license disk with the game or download any torrent tracker license an image, set the game to him, and when prompted enter the code purchased from us the key.