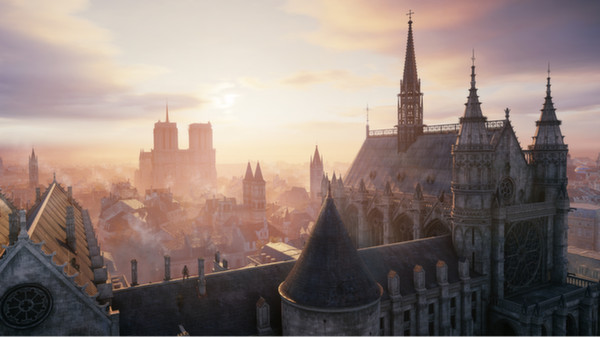 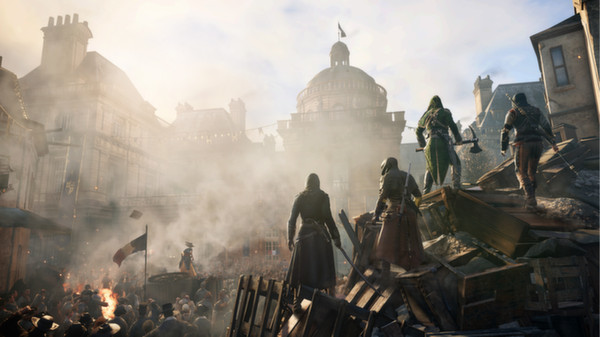 Right after the payment you are guaranteed to get your key.
We are VIP seller PLATI, we are partners of beech and 1C
Guarantee of purity and receiving time 100%
Localization: Russian
Activation: UPLAY

Bonuses edition DLC + Set DLC (Brotherhood) How to activate, read at the bottom of the item description !!!
**************
* Additional mission "Chemical Revolution"
* Unique bonus "BRASTVO" opening up to 4 additions to the game. Issued after the payment of pre-order (within 24 hours)
and how to activate the list of bonuses "BRASTVO" see in the picture above. You will be able to participate in the "Brotherhood", which allows uniting with friends, unlock additional content and receive a gift set of DLC «Musketeer", including extra weapons and costumes. Number keys "BROTHERHOOD" limited !!!!!!!!


Game Description
*************
Paris, 1789. The French Revolution turned the once beautiful city into the realm of fear and chaos. The streets are flowing rivers of blood of commoners who dared to resist the tyranny of the aristocracy. And while the French nation is a fratricidal war, a young man named Arno learns what forces actually are behind the revolution. The journey will lead him to the center of the battle for the fate of the nation, and will make him a real master assassin.
We present Assassin'sCreed® Edinstvo- next game in the popular series to a whole new dvizhkeAnvil, fully converted to the new generation of consoles. You will find yourself in the heart of the French Revolution, uviditevse most important events of the time, from the Bastille to the execution of King Louis XVI, and will help the people of France to choose a new destiny.

Features
*****************
* Merciless HERO IN THE WORLD, do not know pity: you play for Arnaud, the assassin is more dangerous than their predecessors. You will have a number of new types of weapons, for example, Ghost Blade - undercover blade that can be used as a crossbow.
* New game mechanics for parkour, martial and secretive ACTION: incredible level of freedom to your assassin with the new engine Anvil.
- Full control of movements: new mechanics parkour lets you move around the city without any interference
- An updated combat system takes into account your skills, speed and technique
- Improved stealth action - new stealth mode and methods of crowd control. Hide, hunt down their prey and quietly stabbed
* Ability to create a unique master-assassin: choose comfortable style game - you have a huge range of weapons, clothing, equipment and specialized skills. Create unique combinations, fully develop your character using the new skill tree. Become the best master assassin.
* Journey through revolutionary Paris: a huge open world, one of the most beautiful cities, with maximum reliability embodied in the game with a new engine, Anvil.
Explore the homes, castles and secret underground catacombs
Take part in the tasks of the Forerunners, treasure hunt, investigate the murder and execution of contracts
Be an eyewitness to the French Revolution, to listen to what people say in the streets - in the game more than 5000 characters

* Unique co-op: Complete the unique single-player campaign or invite three friends to go with them on a trip to Paris of the 18th century. Solve crimes, perform tasks, created specifically for the mode of playing together. Stir penalty. Protect the king. Kill the agent of the Templars. But the victory will not be easy - your team will have to coordinate as closely as possible and use a variety of methods, the only way you will be able to fulfill its mission

How do I install the code of brotherhood?
***************************
Follow the instructions to create your brotherhood and get a reward.
Go to the website
http://assassinscreed.ubi.com/ru-RU/assassinscreed-unity/unite-program/index.aspx
Sign in using your account Uplay, or create a new one.
Create your own team or join an existing one, to unlock the reward №1.
Use the code received for pre-order for the award №2.
Invite three friends and unlock all the available prizes.