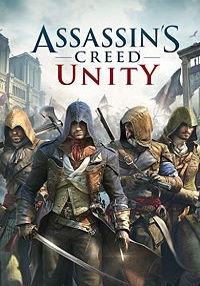 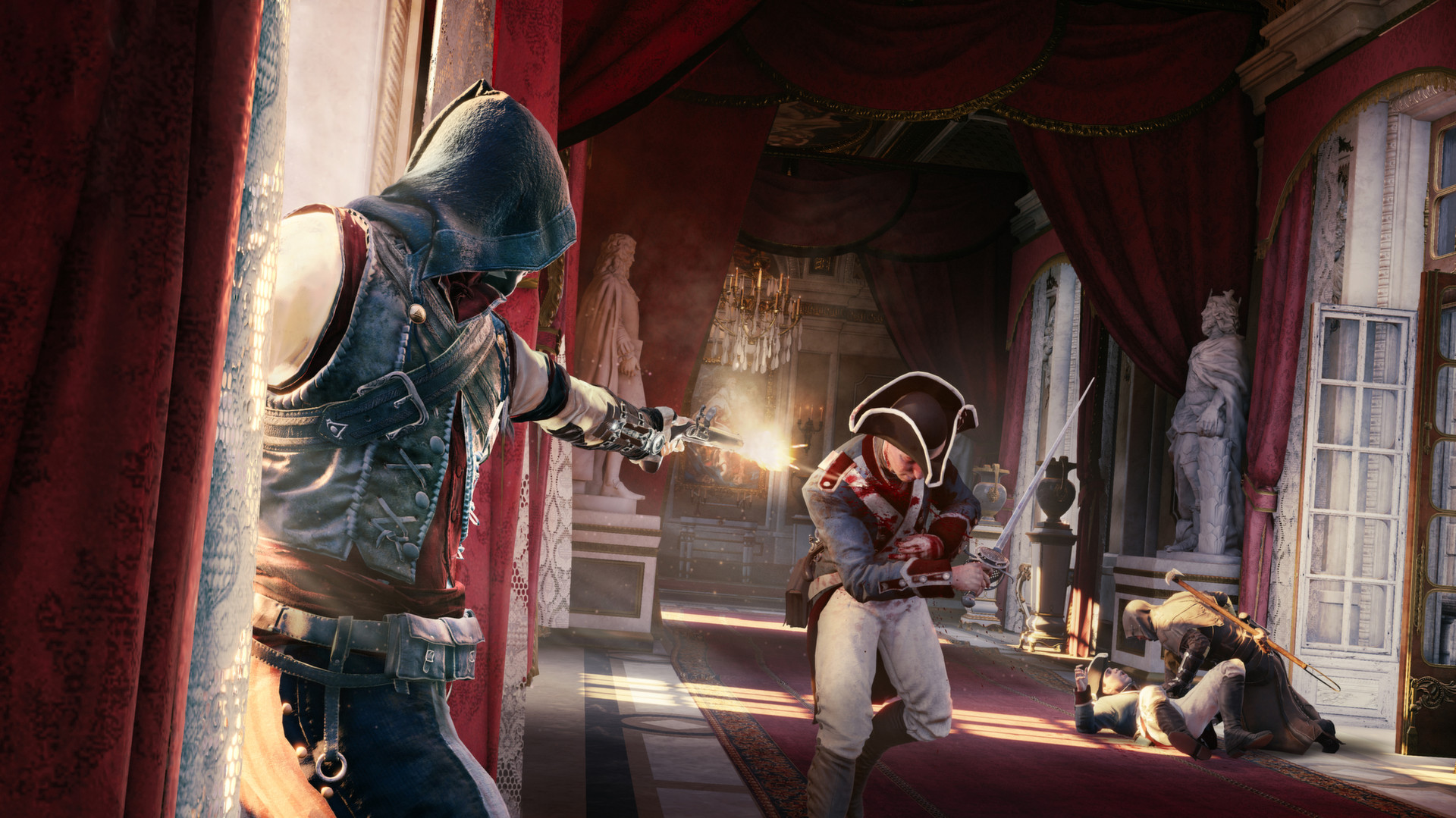 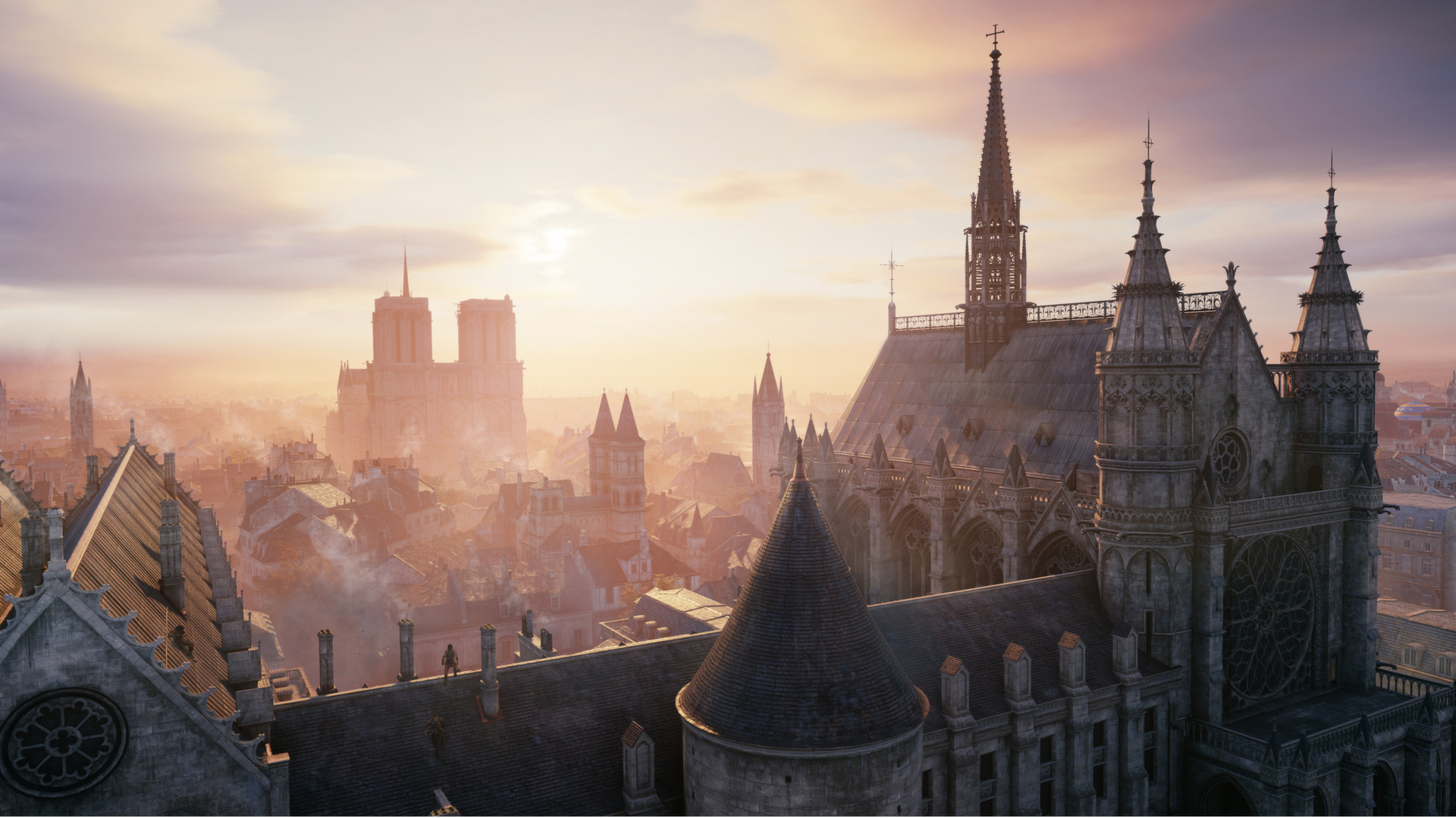 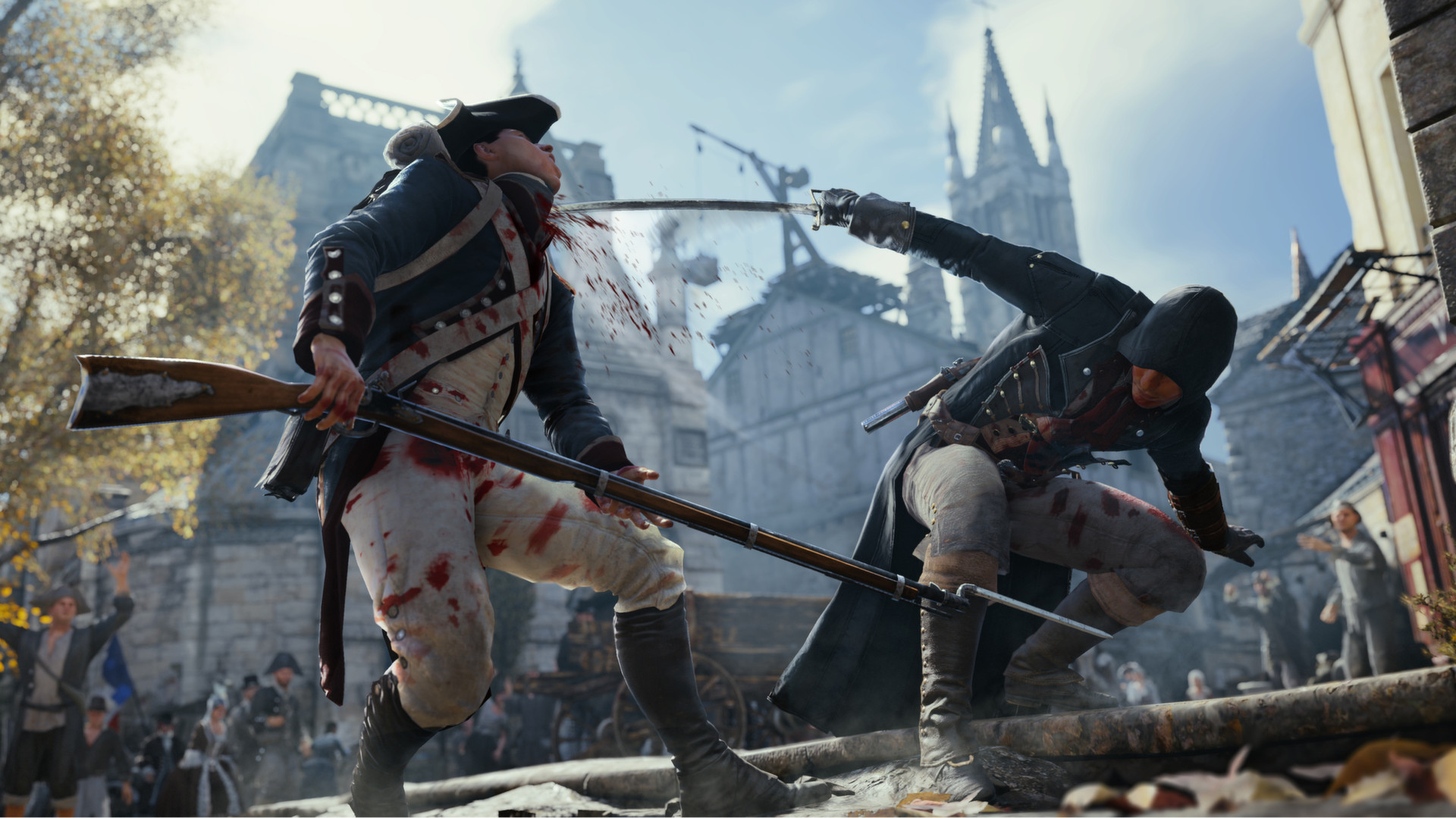 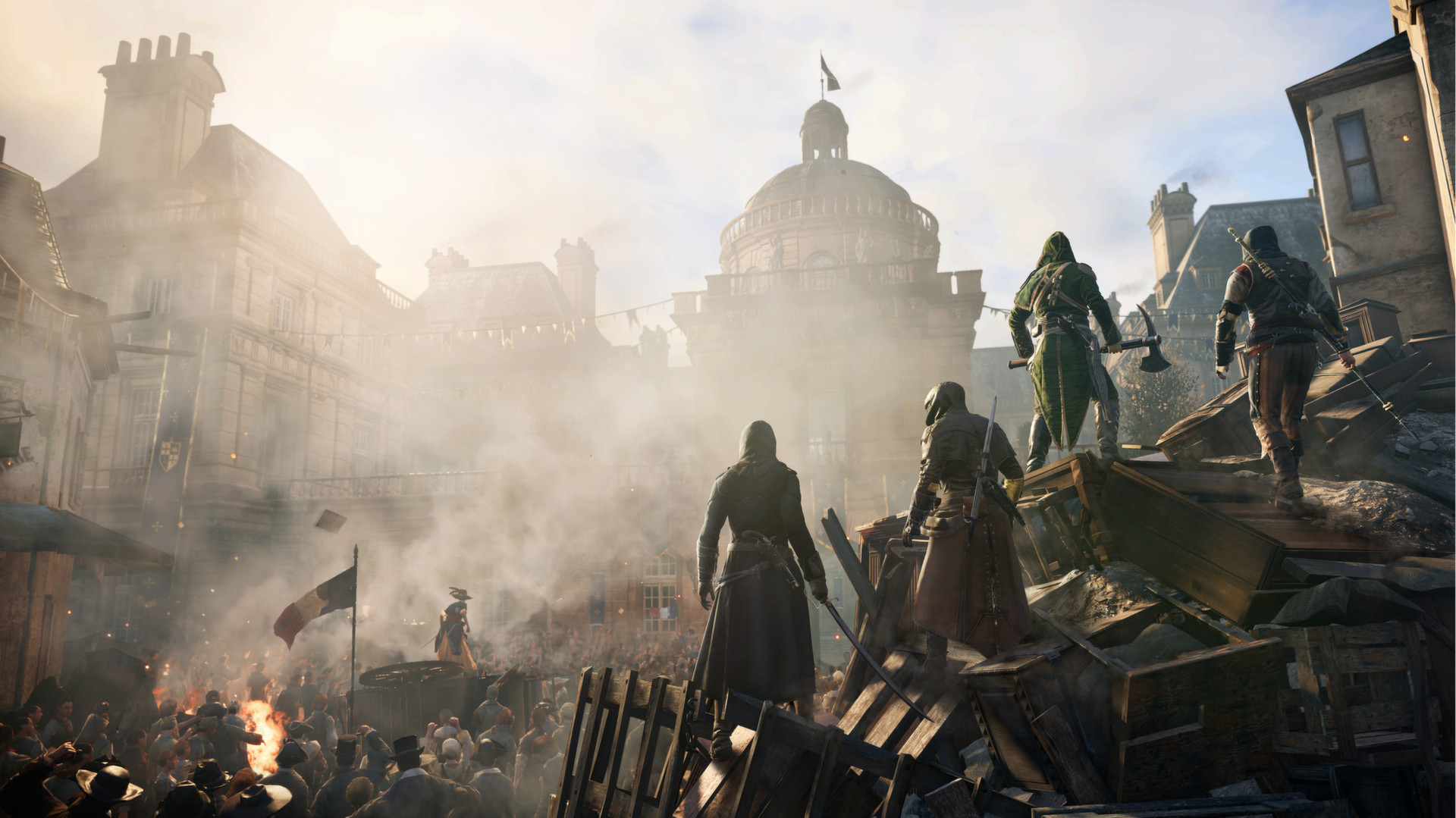 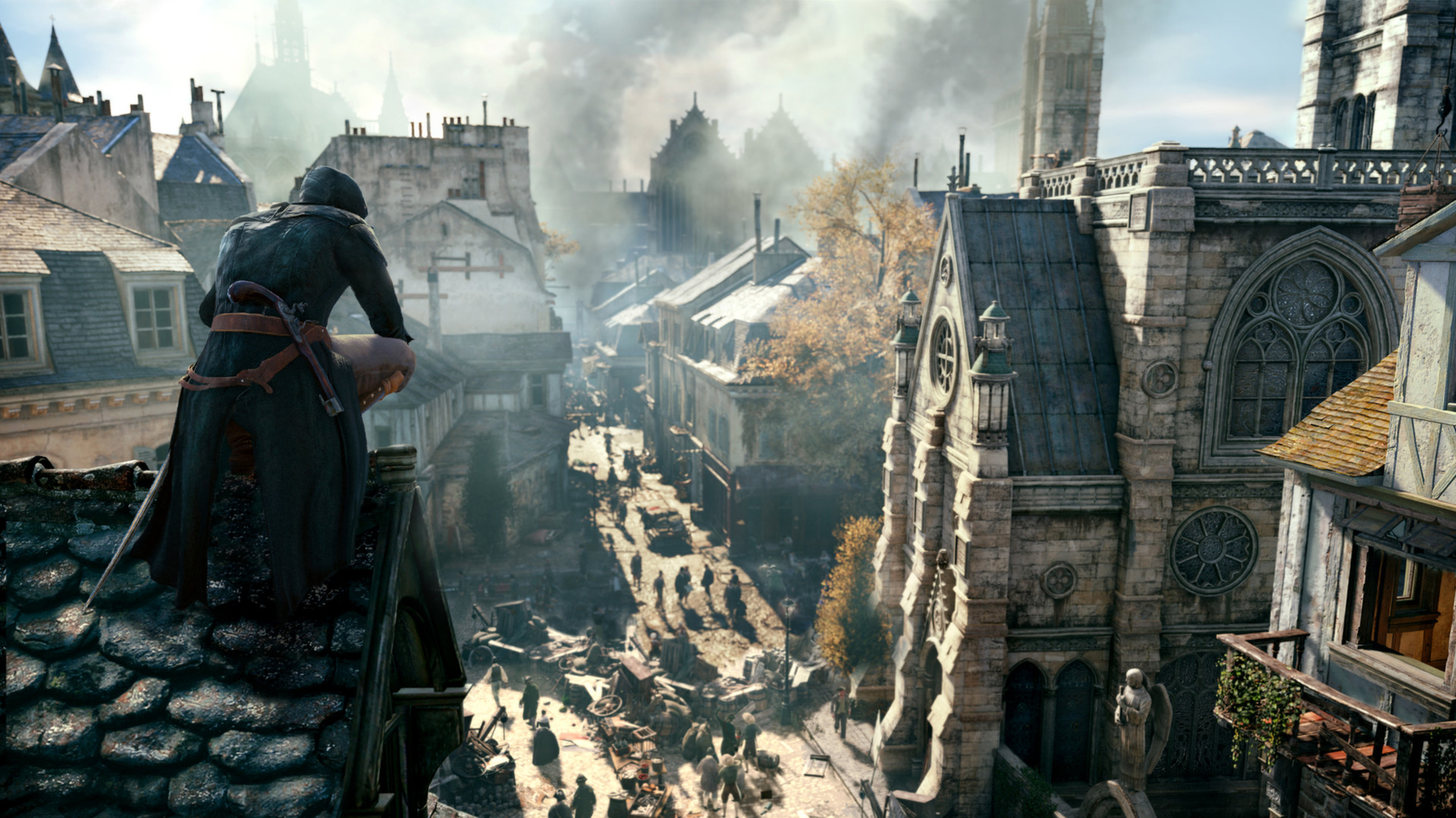 Attention! This product is not compatible with the Steam version of the game. Assassin´s Creed: Unity is a new game in the series of professional killers developed by Ubisoft. The release date of the game is scheduled for October 2014. In the new Assassin, players will end up in France in the 18th century during the French Revolution and see Paris turning into chaos from a beautiful city into ruins.

Plot
The game takes place in France in the eighteenth century. The main character, whose role we play, is called Arno. His life is a cruel story about the battle for the fate of a nation. The streets of Paris are flooded with the rivers of blood of ordinary people who rose up against the tyranny of the aristocracy. It is the year 1789, the height of the fratricidal war. And at this time, a young man is born of a new master assassin. The Assassin’s Creed engine. Unity is built on the new Anvil engine, supporting new generation consoles. Once in the epicenter of the revolution, you will not only help the people of France determine their fate, but also see the execution of King Louis XVI, the capture of the Bastille and other important events. And thanks to the new engine and incredibly realistic graphics you will be delighted with what you see. Features of Assassin´s Creed: Unity Hero. An assassin named Arno is much more dangerous than his predecessors. In his arsenal of new weapons. For example, the Ghost Blade is a hidden blade, also used as a crossbow.

Parkour, combat system and covert actions received new mechanics. You get full control over the movements of the character and move freely around the city. The combat system takes into account skills, speed and technique. A new mode of secrecy and ways to interact with the crowd.

Revolutionary Paris is an open world, recreated as faithfully as possible - as beautiful as the real Paris thanks to Anvil, a new engine.

You have to explore the castles and underground catacombs, you can go into the house. Assignments Forerunners, Treasure Hunt, Contract Execution, and Homicide Investigation. You will see with your own eyes the French Revolution and the inhabitants of that time, of which there are more than five thousand in “Unity”.
Unique joint mode: play the four of us. Coordinate your actions and use various techniques to accomplish the next task.