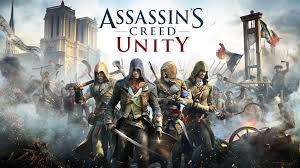 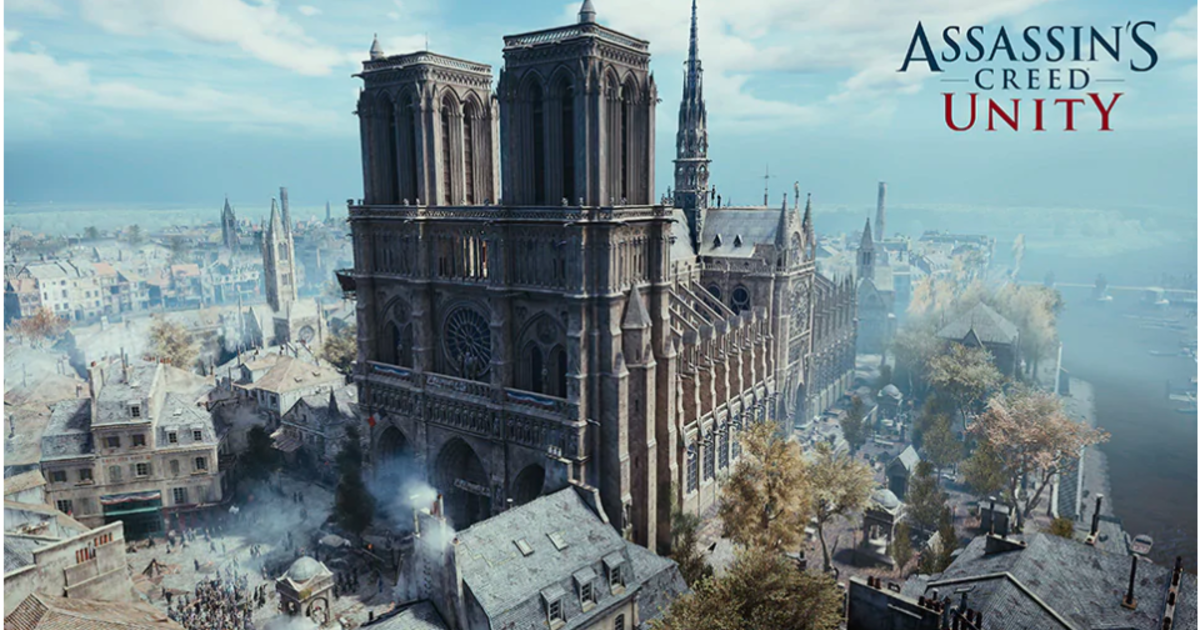 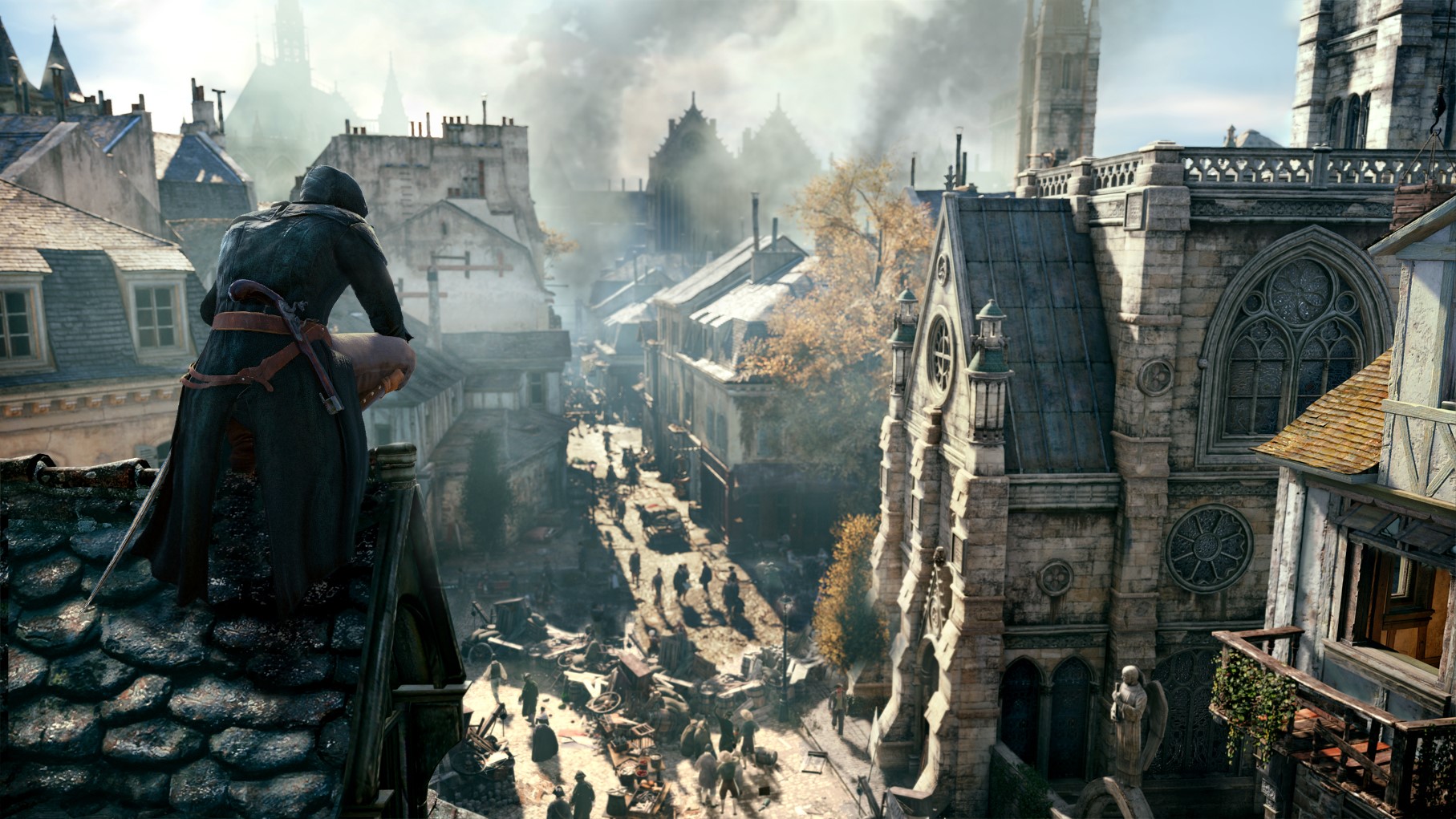 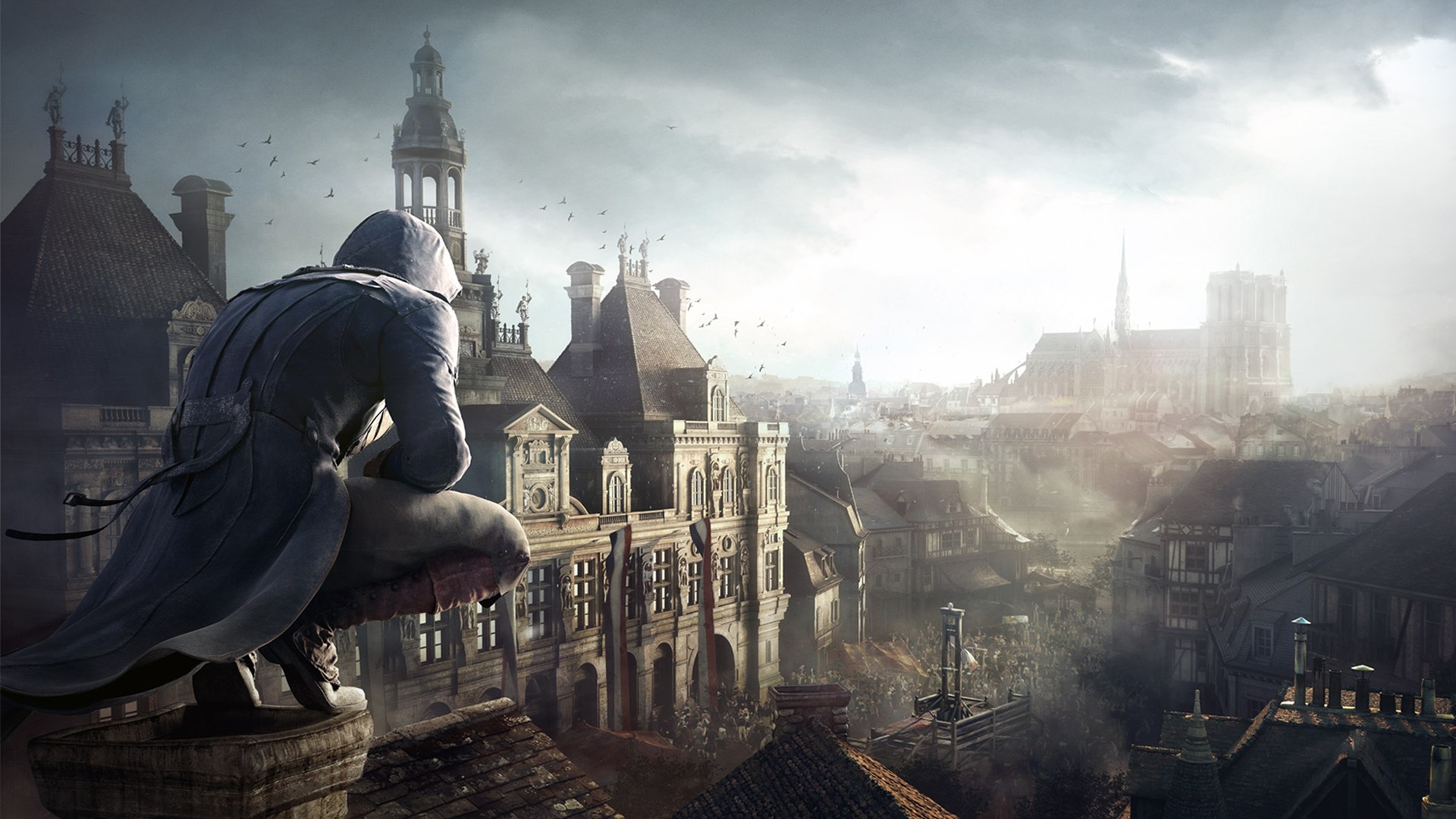 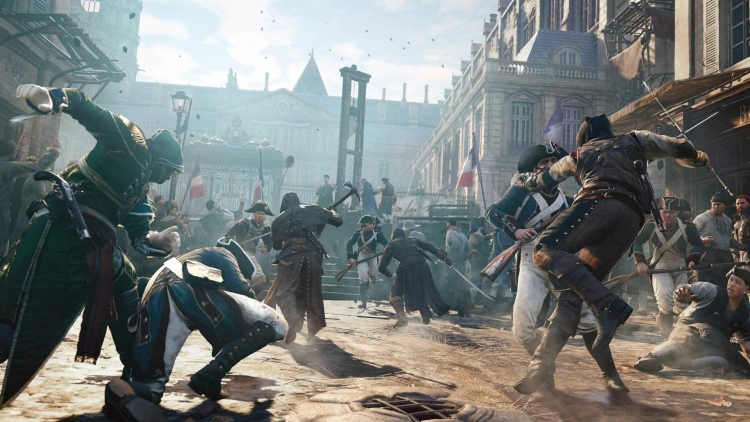 Uploaded: 02.07.2022
Content: text 19 symbols
Loyalty discount! If the total amount of your purchases from the seller vendomenxxx more than:
If you want to know your discount rate, please provide your email:

This is one of the latest games in the Ubisoft series, released in 2014, not only for PC, but also for many game consoles.

The events serving as the background were chosen by the fans of the series themselves - the decision to leave this question at the mercy of the gaming audience was successful for the developers, and the new Anvil engine used showed a detailed detailed world with 5000 different characters in the game.

The player is a young assassin Arno, who will have to fight for justice in France. The plot touches upon serious events, from the capture of the Bastille in 1789 to the Thermidorian coup in 1794, from the royal order to the power of Napoleon. At the same time, the game still splits into two branches: in the modern world, the same Arno is found by his colleagues and demand to solve the next case, using his genetic memory.

Side with one of the government factions - extremists, defenders or revolutionaries - or bring your own vision of fair governance by talking to key people of that era.

Aristocracy, secular receptions, riots, uprisings and the overthrow of regimes - in times of troubles you need to be careful not to become dead.

Assassins Creed Unity Game Features:
Open world. You can enter any house, climb any roof, or even go down underground while navigating the Parisian catacombs. There are no barriers.
Moving system. In the game you have to pump your parkour skills in order to hide from enemies in time. The best assassin is the invisible assassin.
Command mode. Invite a few friends to join you and make history together: just remember that your actions should be coordinated as much as possible to avoid revealing your plans.
Skill tree. As in a classic RPG, develop the unique abilities of your character, growing from a student to a real master.
You can purchase the PC version of Assassins Creed Unity in our store.

Immediately after purchase, you will instantly receive an Assassins Creed Unity (PC) license key to activate in Uplay.

How to redeem your code and start playing Assassins Creed Unity (PC):

If you don´t have the Uplay client installed, download and install it.
Log into your Uplay account or register a new one if you don´t already have one.
To activate the code in Uplay, click on the image of the three horizontal lines in the upper left corner and select "Activate product".
Enter your activation code (you need to buy Assassins Creed Unity (PC) to get it).
After that, the game will be displayed in the "Games" section, and you can download Assassins Creed Unity (PC).