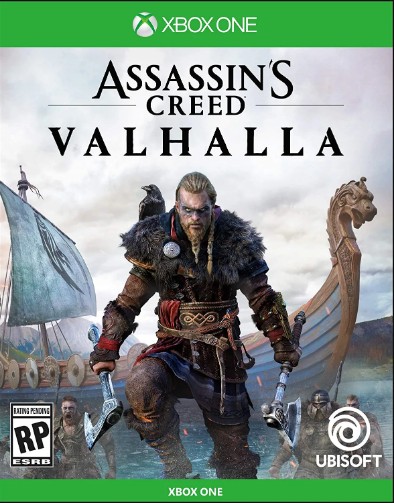 Uploaded: 08.03.2021
Content: Cod7.txt 0,51 kB
Loyalty discount! If the total amount of your purchases from the seller slonimus more than:
If you want to know your discount rate, please provide your email:

Pre-order now for access to the bonus mission The Way of the Berserker.

In Assassin´s Creed Valhalla, become Eivor, a legendary Viking raider on a quest for glory. Explore England´s Dark Ages as you raid your enemies, grow your settlement, and build your political power.

- Lead epic Viking raids against Saxon troops and fortresses.
- Dual-wield powerful weapons and relive the visceral fighting style of the Vikings.
- Challenge yourself with the most varied collection of enemies ever in Assassin´s Creed.
- Shape the growth of your character with each choice and carve a path to glory.
- Explore a Dark Age open world, from the shores of Norway to the kingdoms of England.
- Personalize your experience by growing your clan´s settlement.