Avencast: Rise of the Mage 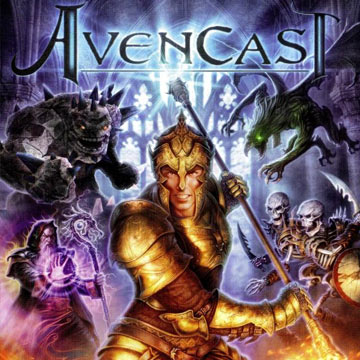 Namsilat information about the seller and his items
offlineAsk a question

The player begins his adventure as a student of the famous magical academy Avencast. It is a place where lessons are taught magic, mystery and reveal the extraordinary grasp of sacred knowledge, and every little thing can cause a surprise there!
As the story of the game the goals and objectives of the hero clarified - the case in academia are absolutely not true, as it seems from the outside, but much worse.

Unexpected threat hung over the school of magic - on Avencast attacking hordes of terrible creatures, which have to deal with you. The hero, armed with six dozen different combat moves and spells, and hundreds of weapons and equipment must withstand the nightmarish creatures of Hell. ...

During the journey of the hero are lots of quests - from simple to complex and intricate. Assignments given by the teachers are very diverse - from the battle with the enemies to production of special items to solve complex puzzles and intricate mysteries of the disclosure.

The game's plot is divided into three separate chapters, each of which present their own unique atmosphere. In the first chapter the hero is experiencing unusual adventures as a novice magician. In the second chapter, it is necessary to find out why the hideous monsters suddenly invaded his world. Finally, in the last chapter, he manages to find the root of evil, he finds himself in another dimension, where face to face with the mighty work of the devil. Worthy Is adept magic diploma, whether he is able in practice to apply this knowledge in the academy, and if I can beat him otherworldly demons once and for all - it will be clear until the very end.

★ 60 different variants of combat moves and magic spells 6 categories
★ More than 40 unique characters
★ A lot of dangerous monsters with different skills and battle tactics
★ More than 120 unique properties of the protagonist, including magic weapons and armor
★ Detailed 3d-graphics and special effects
★ Atmospheric effects in real time
★ Fascinating story in three chapters
★ The gameplay is saturated with solving of puzzles and quests, requiring ingenuity and dexterity

Related to item "Avencast: Rise of the Mage":