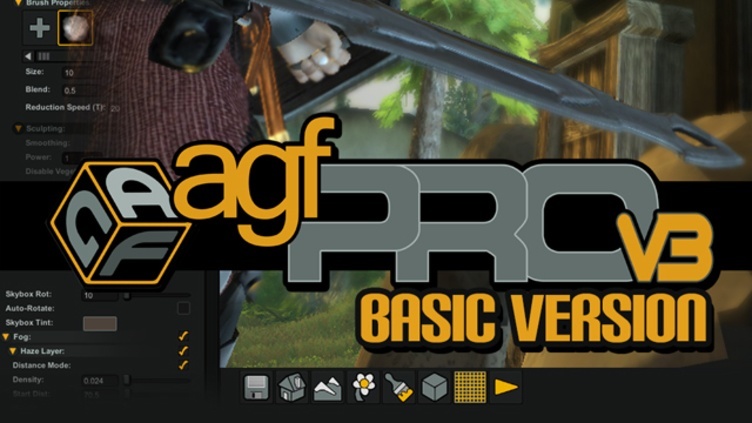 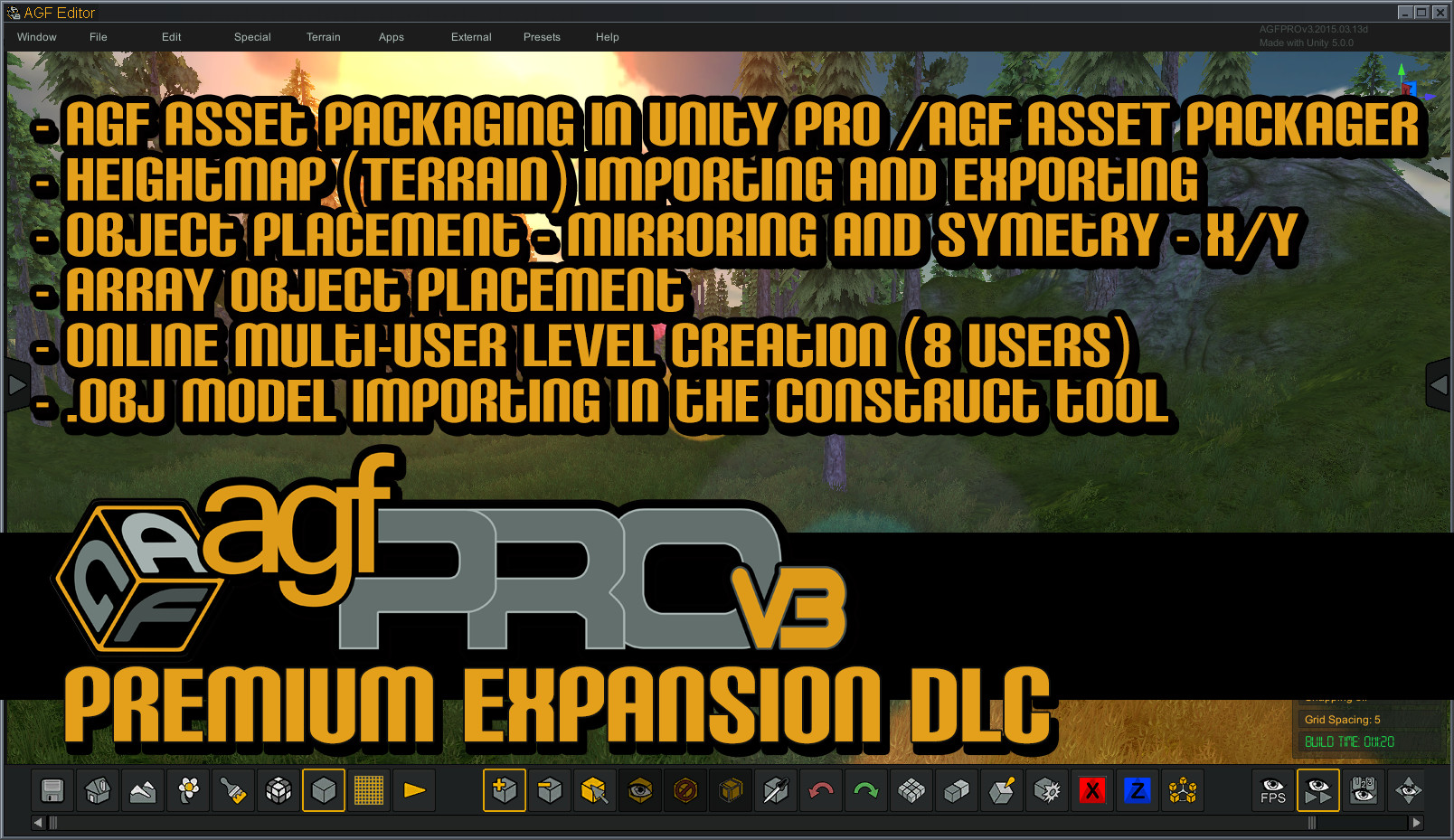 Includes the base application AGFPRO v3 and the Premium expansion DLC.

Major features to AGFPRO 3.0 include complete compatibility with Unity 5 for AGFPRO, Premium, Zombie FPS, Fantasy Side-Scroller, Drone Kombat, BattleMat Multiplayer, and Voxel Sculpt! We have also added new character controls and characters in both the ARPG and Platformer Players! What you will really see is the POWER and SPEED that comes with this update, allowing users to create lush scenes, filled with assets, foliage and other features and functionality.

AGF is an independent product that empowers users to create game levels and environments for many types of game genres, and the AGFPRO v3.0 PREMIUM version is also designed to work in concert with the Free and Pro versions of the Unity 5 game engine to allow further customization and game publishing. AGF runs on the PC, MAC and LINUX systems.

AGF allows developers to rapidly create game maps, sculpt terrain and design levels quickly and easily. With over 1000+ assets pre-stocked in the warehouse, along with 48 pre-set themes and 8 sample maps, developers and enthusiasts can begin creating levels in minutes. AGFPRO v3.0 includes all of the necessary tools to allow users the ability to import AGF scenes into Unity3d Free and Pro 5.

Creating game levels and maps in AGFPRO is easy and fun - now ANYONE can create their own quality game maps without having to program, model or animate!

Please note that in order to use AGFPRO Premium (DLC), you must first purchase AGFPRO.


Please note: Due to Unity´s change in business model from free and paid versions to a subscription model, we have been unable to maintain updates to align with our development pipeline and business model. AGFPRO works as a standalone product for hobbyists, as well as for developers who work from Unity 5 through January 2018. Be advised that if you plan to use AGFPRO for professional game development, there may be certain features in recent Unity updates that do not work.