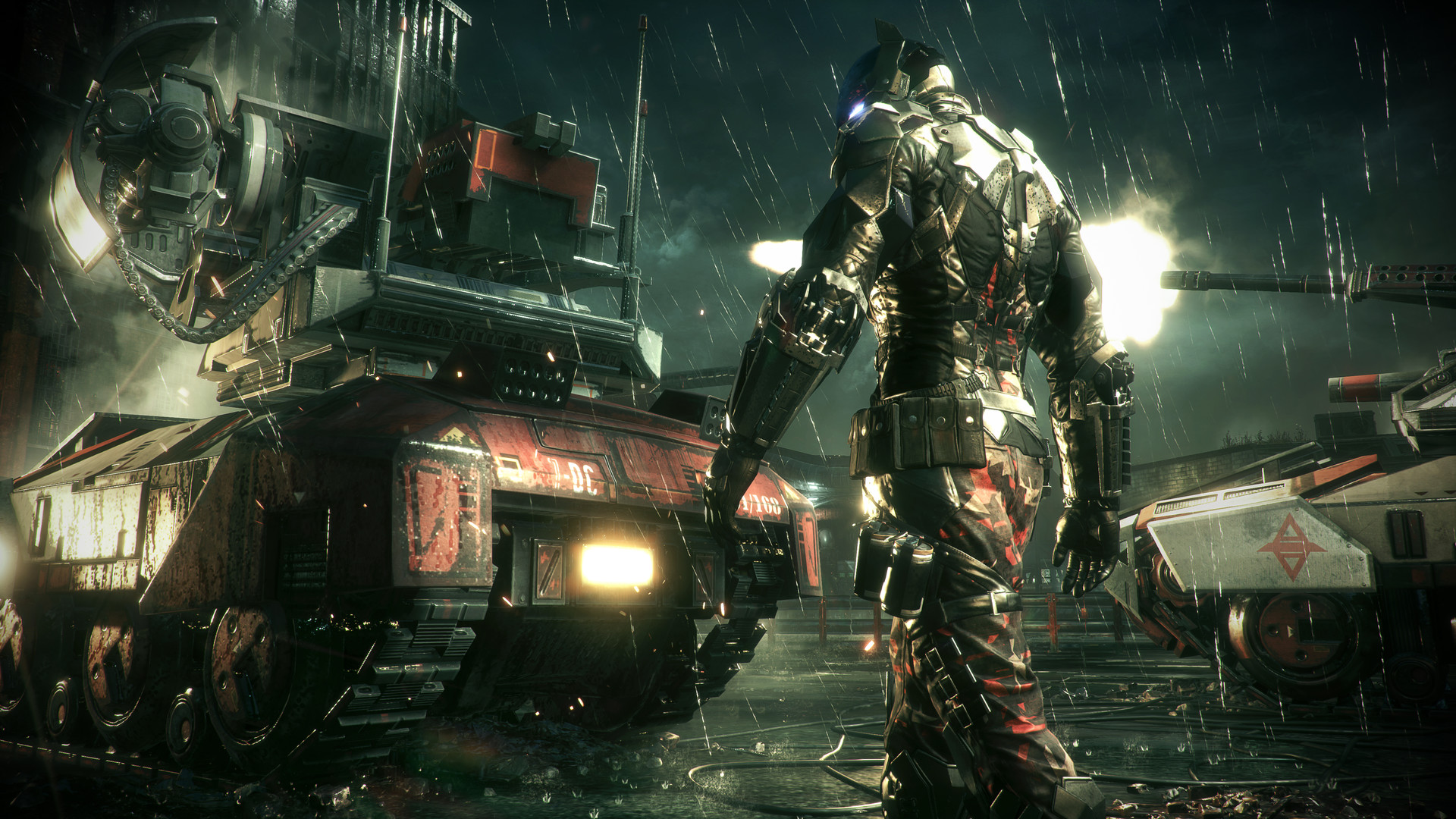 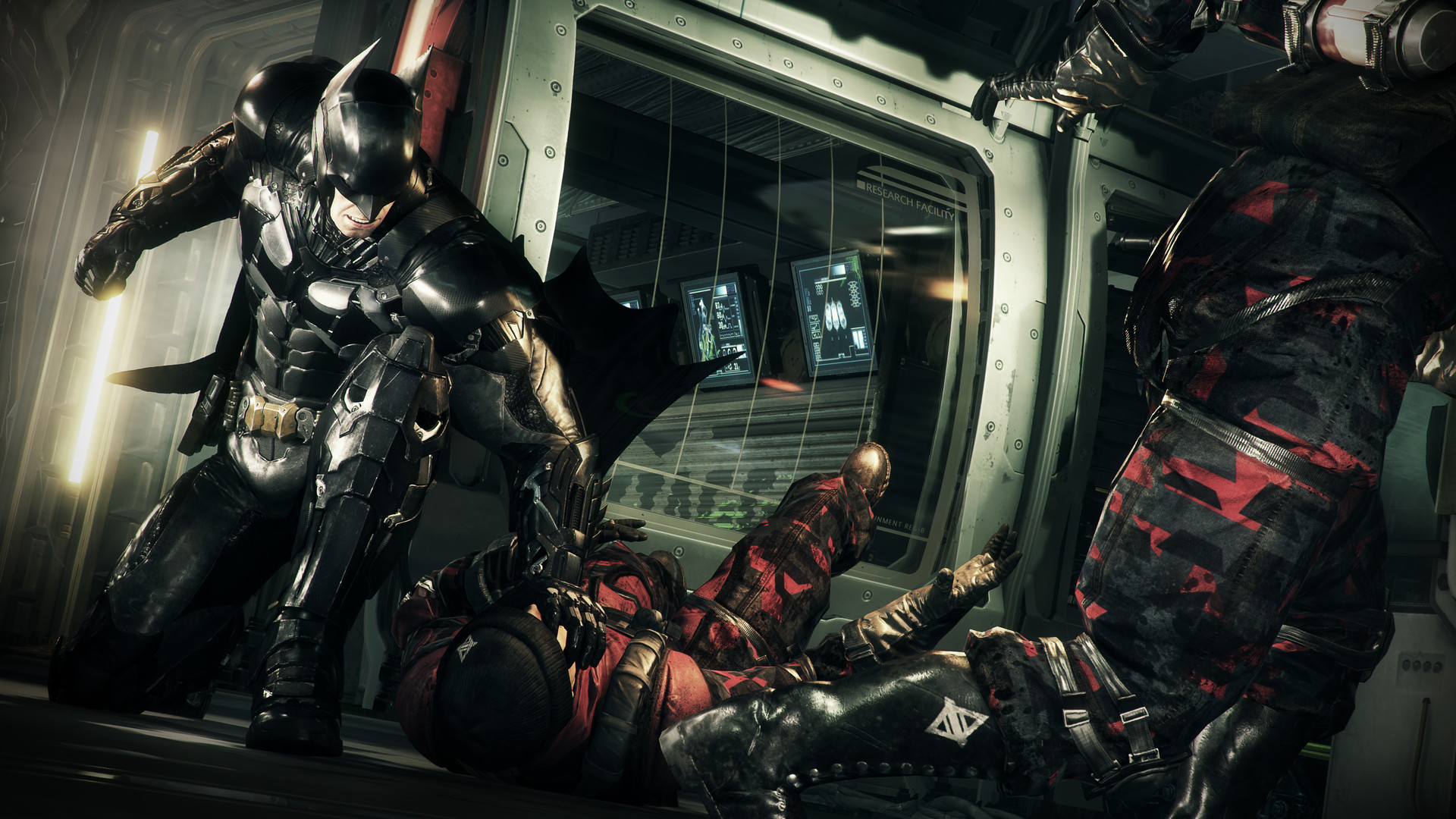 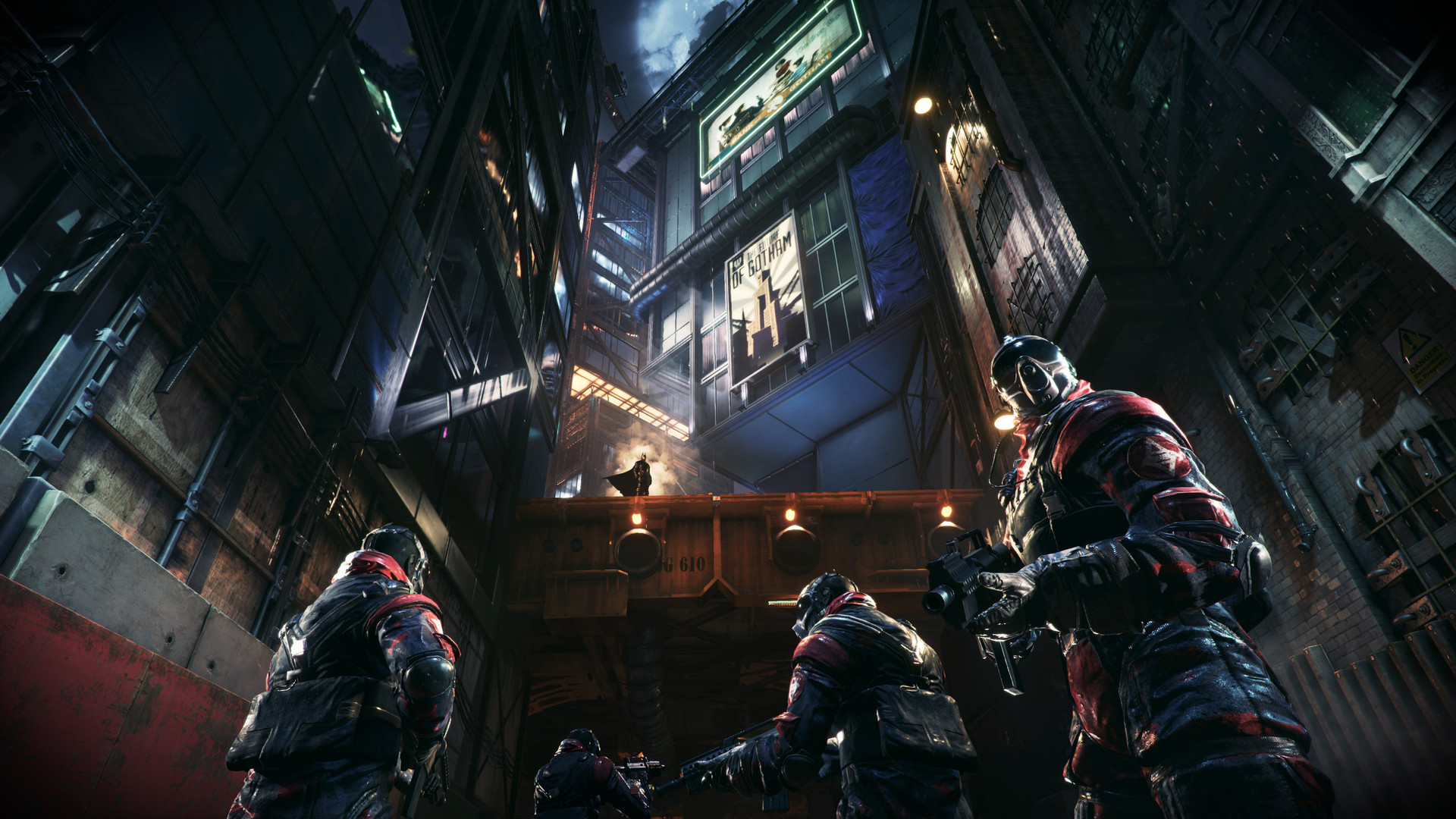 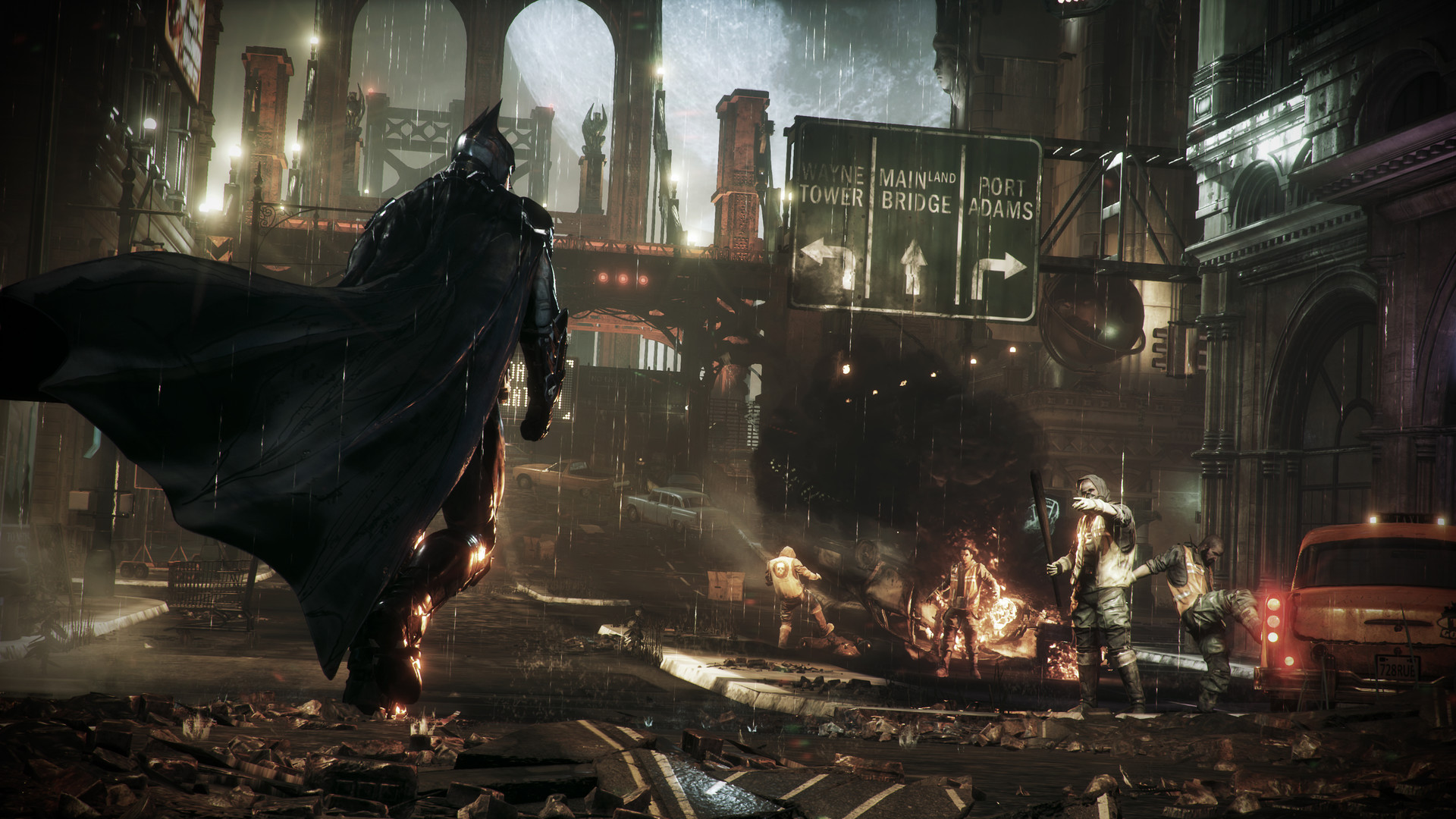 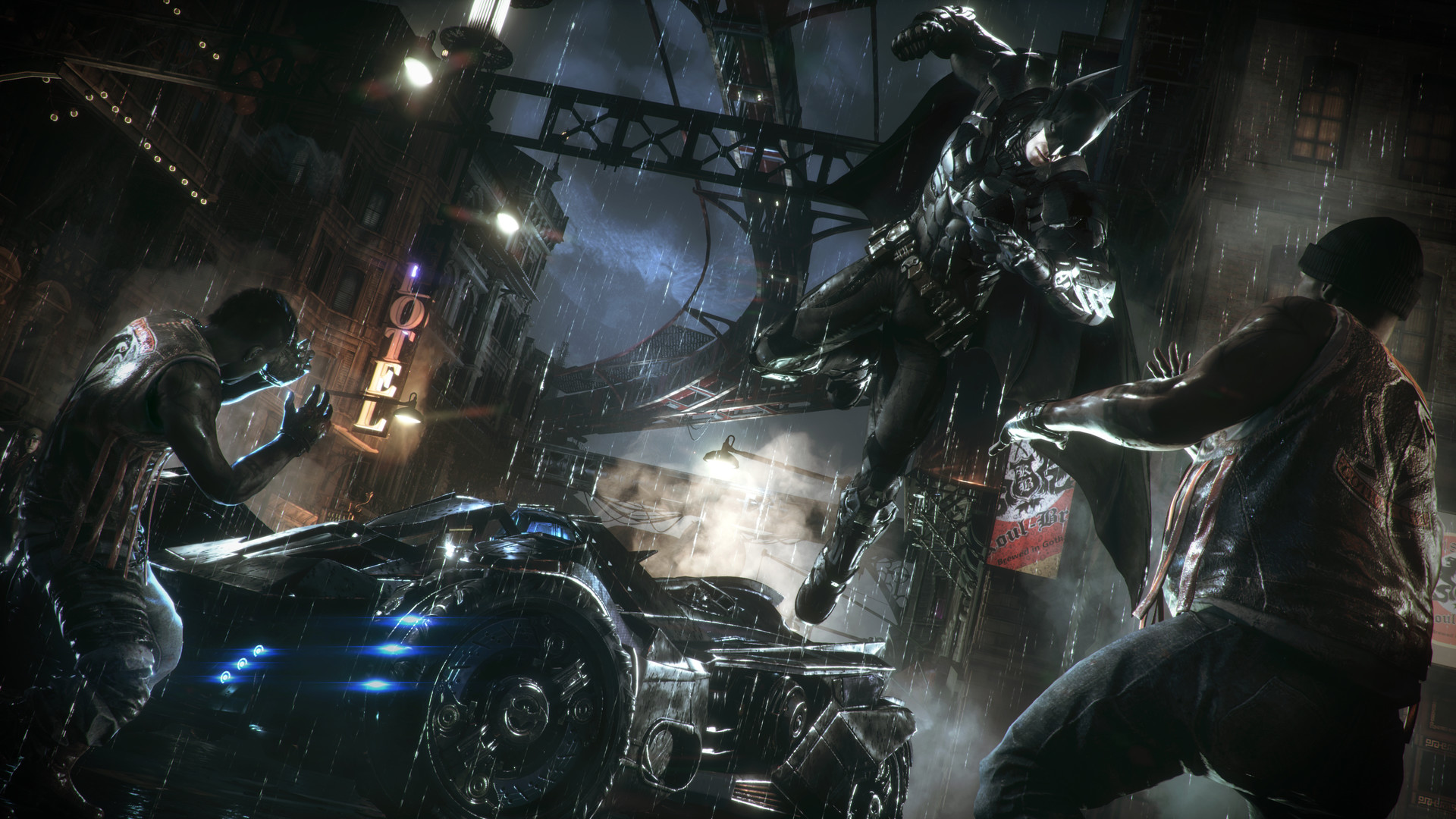 Uploaded: 07.01.2020
Content: text 17 symbols
Loyalty discount! If the total amount of your purchases from the seller game-mag more than:
If you want to know your discount rate, please provide your email:

BATMAN: Arkham Knight triumphantly completes the famous Arkham trilogy of games from Rocksteady Studios. The game was created specifically for the new generation platforms, and it will present a unique version of the Batmobile. It is designed to organically complement the game mechanics and make the player truly feel like Batman - now he will be able to soar above the city and wind sweep through its streets. The series finale brings Batman to the Scarecrow, who returned to unite a gang of supervillains against him and finally deal with him.

* Ability to get used to the role of the Dark Knight. This contributes to the Batmobile, and improvements to the branded elements of the game: the focus of continuous combat, covert action, search for evidence and navigation.

* Batmobile: the faithful Dark Knight machine will receive a key role in the game, helping Batman in everything from navigating and finding clues to fighting and solving puzzles. Crazy speed and absolute patency will overtake any criminal, but in combat mode, the Batmobile becomes a real tank.

* Grand Final to the Arkham trilogy. The city is engulfed in war. We will see how his fate hangs in the balance - Gotham will fall into the clutches of Scarecrow, to which will join a new mysterious character, known only as the Knight of Arkham, as well as a crowd of famous villains: Harley Quinn, Two-faced, Penguin, Mysterious and others.

* All Gotham in the palm of your hand: for the first time the whole city will be fully accessible to players. It will grow five times compared to Batman: Arkham City, and every nook and cranny will still be worked out with the utmost care, which is so famous for this series of games.