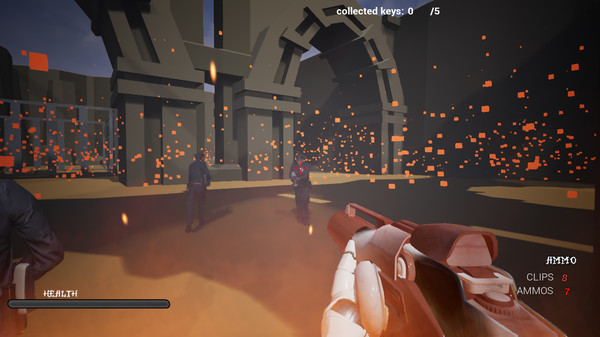 Low poly FPS shooter / survival meme game, where the player is given the task to find 5 keys in each level. The player needs to avoid various types of traps, and also avoid patrols of police robots. The player has no weapon at the start of the game. You need to find a weapon. The game has 4 types of guns: rifle, grenade, rocket launcher and a shotgun. Also there are first aid kits and bags of ammunition. Kill enemies and look for lost keys. This game is low poly FPS meme shooter.