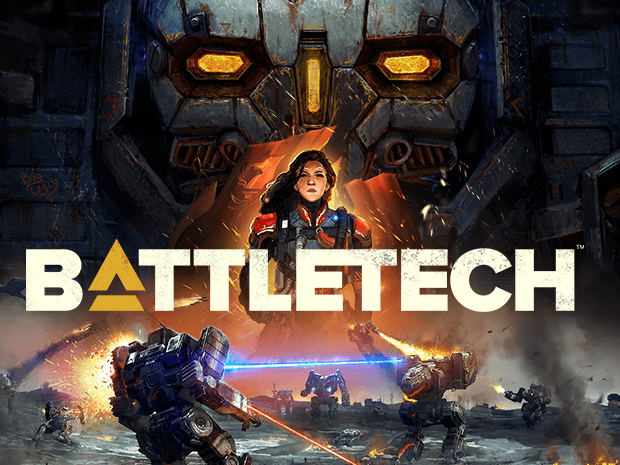 🏴after completing the purchase BATTLETECH you will receive a license activation key immediately after payment in your account on http://www.oplata.info, registration is automatically specified when buying email.

🕮►Game description◄ :
3025 year. The galaxy is engulfed in a cycle of endless war, in which noble houses fight with the help of huge mechanical combat vehicles, called combat mechs. Take control of your own mercenary mechs and their mechwar pilots and try to stay afloat in a brutal interstellar civil war. Improve your operational base, sign contracts with feudal rulers, repair and maintain your fleet of aging mechs and implement devastating combat tactics to defeat your enemies on the battlefield.


🕮►Feature of game◄ :
• MANAGE A PLATOON OF MECHS IN TURN-BASED COMBAT
Развертывайтеболее30 battle mechs in various combinations. Use the terrain, positioning, range of weapons and special skills to gain an advantage and beat their opponents.

• PARTICIPATE IN A HOPELESS CIVIL WAR
Immerse yourself in the history of the brutally deposed ruler who unleashed a brutal war for the return of his throne with the help of your diverse company of mercenaries... if, of course, you go to his service.

• MODIFY YOUR MECHS
Use your Mahabarata to maintain their mechs and improve them, replacing damaged weapons systems trophy, gained on the battlefield.

• MAKE YOUR WAY FROM THE PERIPHERY
As a mercenary, travel the cosmos, take up any job and maintain its reputation in the eyes of noble houses and local factions.

• MULTIPLAYER PVP MODE AND QUICK BATTLE
Create a "lance" of mechs and mehmonov to come face to face with your friends, compete against the artificial opponents online or go to quick battle in single player mode to test your strategy against iskina.

!!!ATTENTION!!!
Each client has left positive feedback after purchasing the game, you can get an individual activation key gift games on Steam. As a gift, you get one of more than 30 different games for Steam.
To get the key, you need to write to the seller after leaving a review in your account http://www.oplata.info in the section "correspondence with the seller". Distribution of keys is made within 48 hours, excluding weekends from the time of writing reviews.

ATTENTION: the Given key to activate on Steam.🔑

Փ how to start playing BATTLETECH :
* If the Steam client is not installed, download and install it .
* Log in to your Steam account or register a new one if you do not already have one.
* Go to the" Games "and select there"Activate via Steam".
* Enter the activation key received after payment.🔑
•After that, the game will appear in the list, and you can download BATTLETECH .