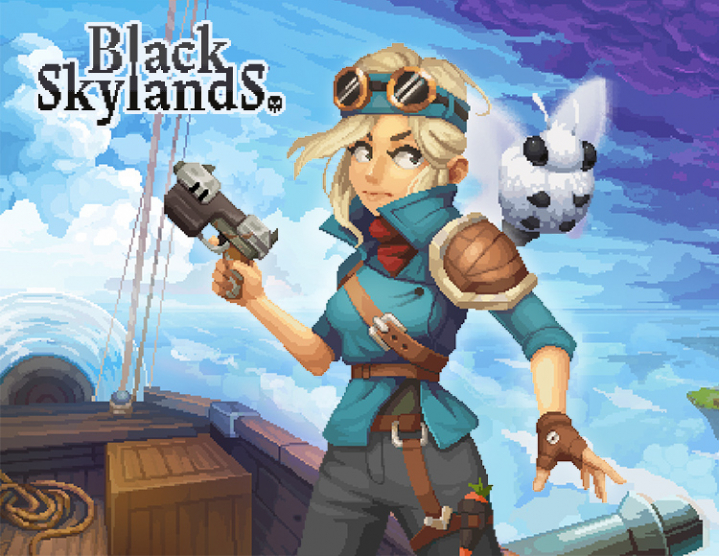 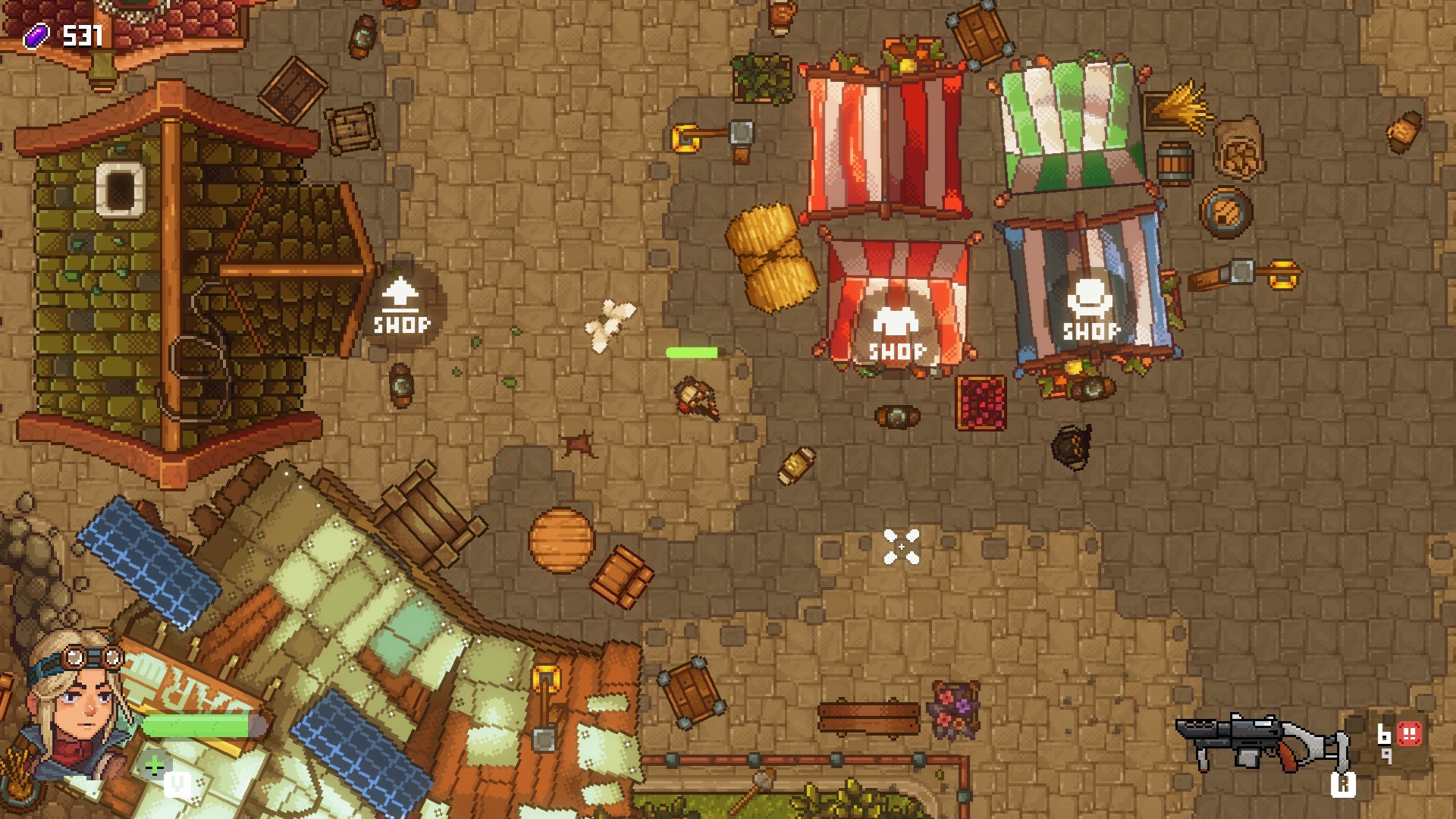 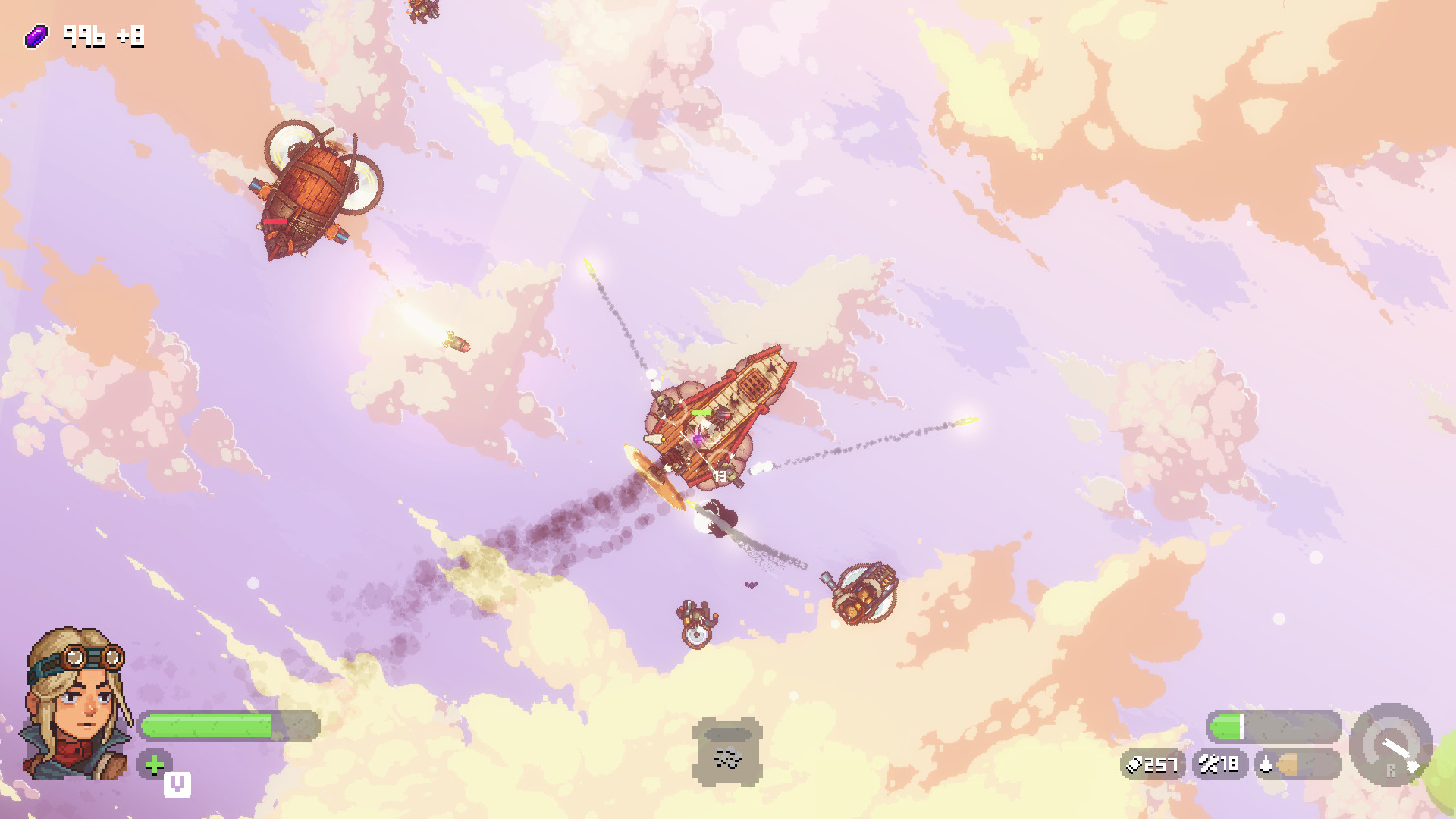 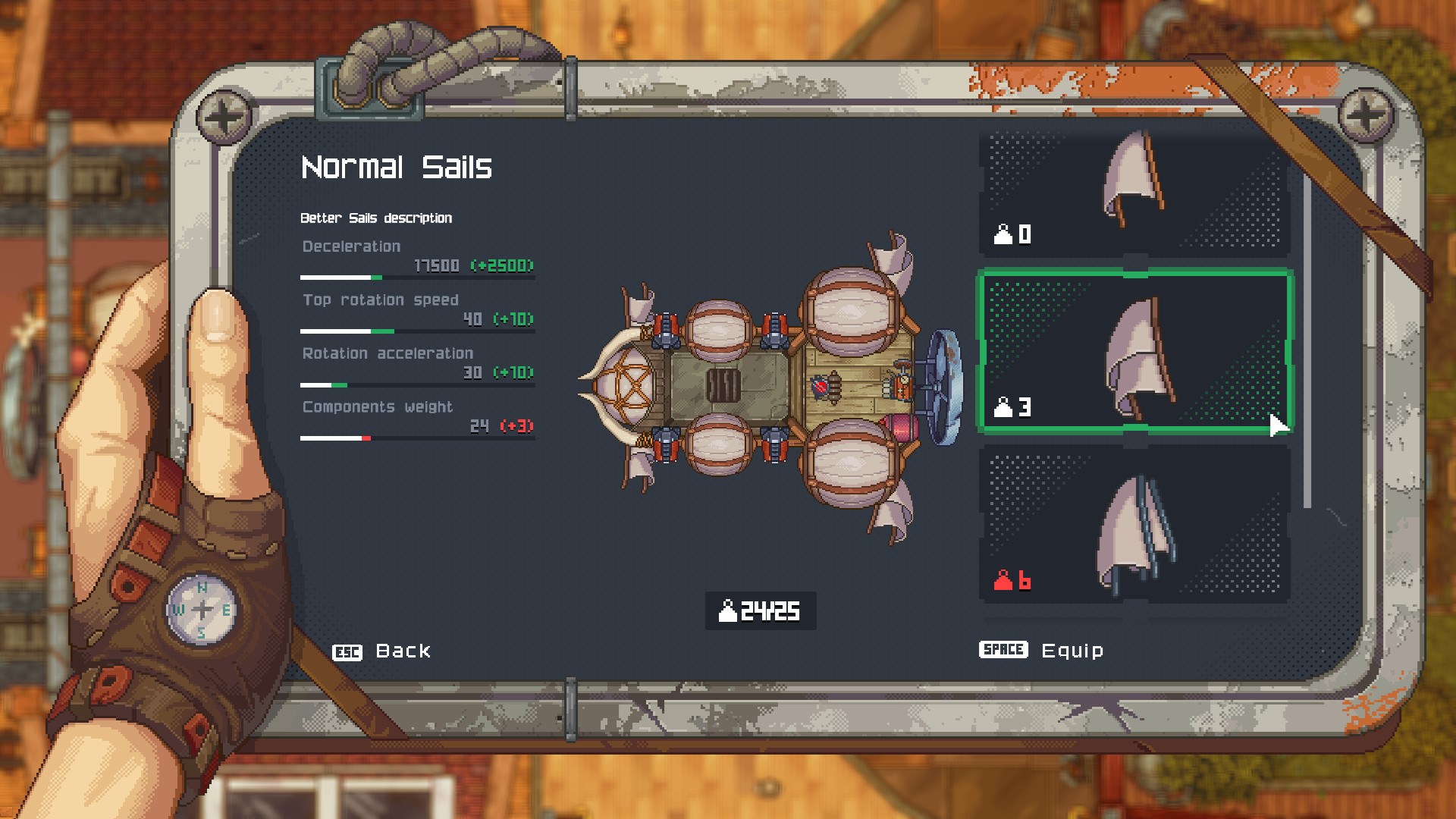 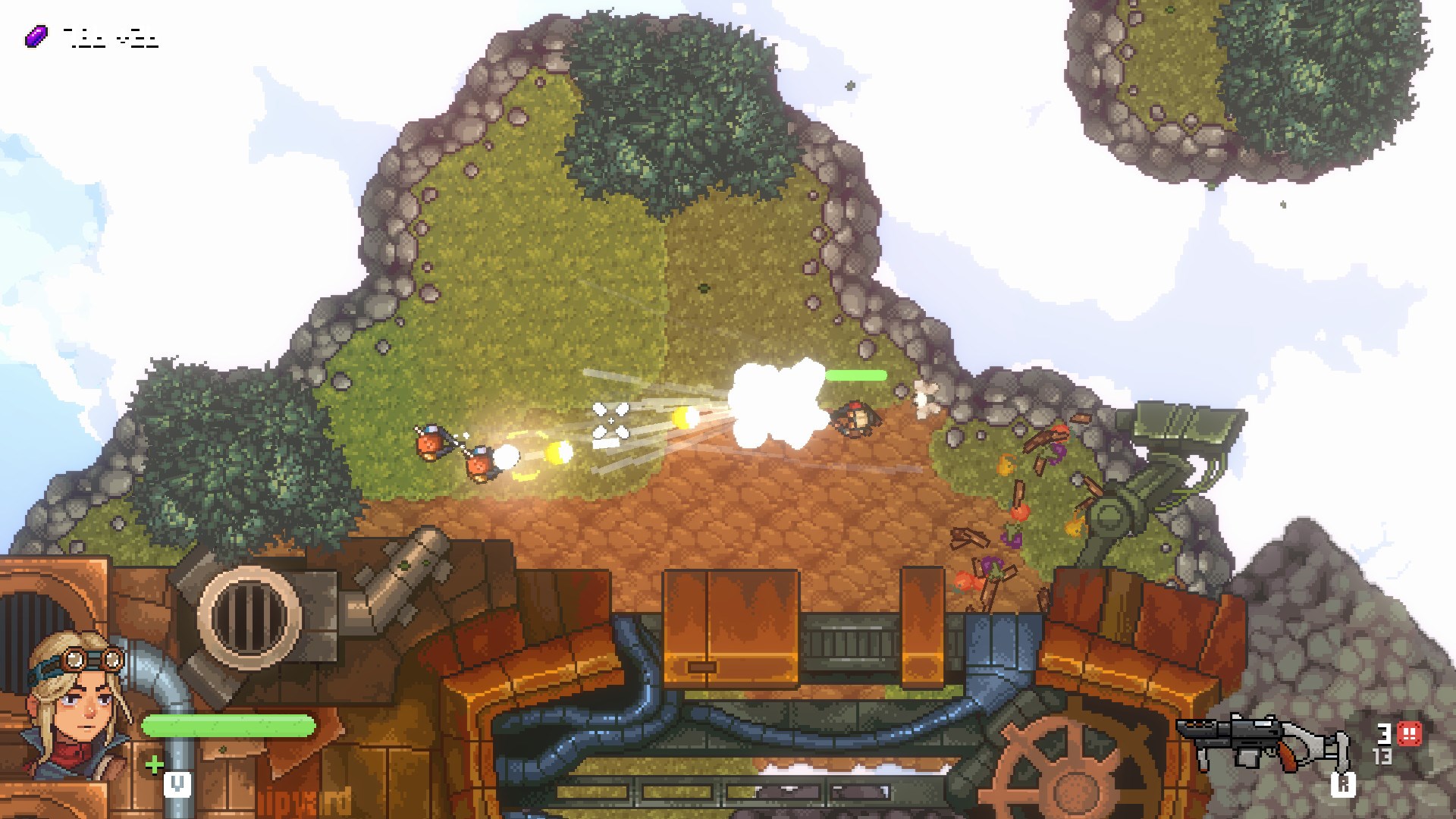 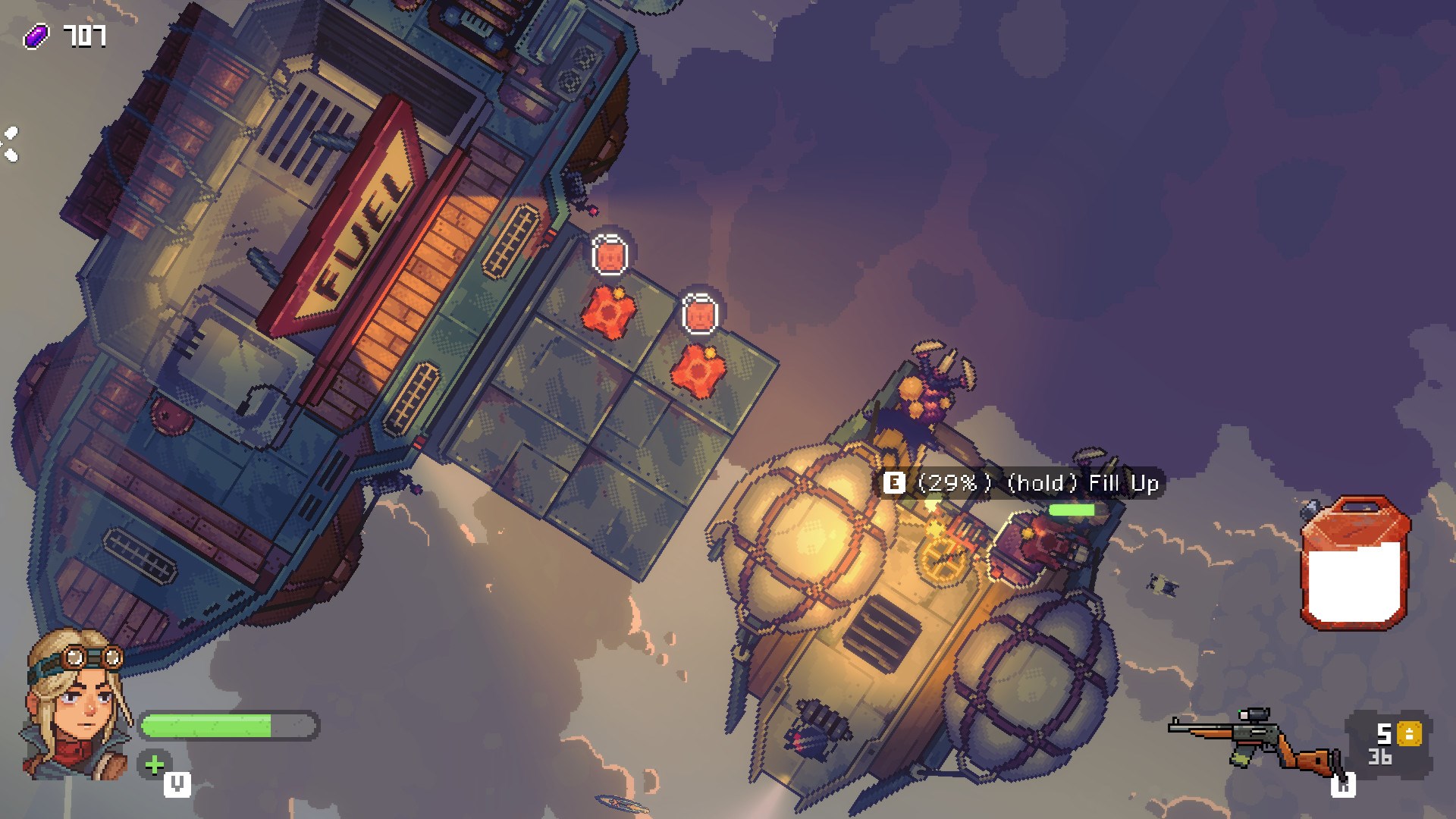 Description:
Prepare for departure... in heaven! Black Skylands is the first game in a genre skaypank, combining elements of the open world, a sandbox, shooter with the top view and advenchura.
Key features: Battle both in the sky, and on the land: combine air and land fight, using tens of types of weapon from the arsenal. It happened to come across crowd of opponents with which it is difficult to cope? Attack them from air! Also do not forget to use the right hook to dump enemies in a cloudy chasm;
Improve the ship and arms: choose the aircraft corresponding to your style of a game - whether it be the small maneuverable boat or the heavy car with a capacious cargo compartment. Battling on the earth, use firearms on complete power, improving it by means of various modifications and using special capabilities for extermination of enemies;
Build, expand and protect the air base: turn the faithful Fazership - the flagship of your fraction - into the unapproachable flying fortress and reflect the attacks of numerous enemies. Collected resources can be used for construction of facilities onboard Fazership. For example, the Workshop will allow to purchase useful improvements for airships and weapon, the Factory is engaged in processing of resources, and the Laboratory allows to create powerful artifacts. By the way, do not forget to construct Ogorodyi of Rancho to grow up and reap a crop. Do not allow that your people starved!
Occupy territories: create the unions and free the occupied lands to expand power of the fraction. In process of growth of your influence new resources, researches, characters and other opportunities become available;
Explore the extensive open world: dare to go directly to heaven and to find the immense spaces complete of secrets and treasures. Travel through forests, farms, snow-covered lands, the city jungle and mysterious Black Skaylends. Open ancient secrets and risk to release force standing behind them;
ISTORIYAMNOGO years back Earth broke up into thousands of islands soaring in air. The people of the great country of Aspiya lived in this new world peaceful, quiet life... until cruel aggressors did not intrude on their home ground. You should play for Eve, the proud daughter of fraction of Getters. Cain´s falcons - cool bandits from Desert lands - destroyed the flagship of Getters and killed your father. Your purpose - anew to build up the heavenly house, to arm and prepare for fight to revenge villains. However Cain´s Falcons - not the only threat which you should face. Mysterious Roy disappears in far depths of black heaven … NASHA KOMANDABLACK Skylands is a huge project of small studio under the name Hungry Couch. Our ambitious team is based in Russia and consists of a little more than dozen of enthusiasts who do not represent the life without creation of games. Support us: subscribe for Black Skylands in Steam, add a game to the list of the desirable and join us in social networks, Reddit and Discord!