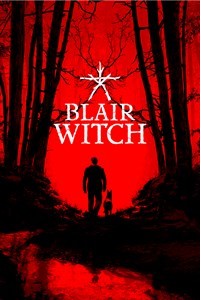 Uploaded: 18.01.2021
Content: Cod9.txt 0,68 kB
Loyalty discount! If the total amount of your purchases from the seller slonimus more than:
If you want to know your discount rate, please provide your email:

ABOUT THE GAME:
Your darkest fears will awaken in these woods.
It’s 1996. A young boy disappears in the Black Hills Forest near Burkittsville, Maryland. As Ellis, a former police officer with a troubled past, you join the search. What starts as an ordinary investigation soon turns into an endless nightmare as you confront your fears and the Blair Witch, a mysterious force that haunts the woods…
Blair Witch is a first-person, story-driven psychological horror game based on the cinematic lore of Blair Witch.
From the creative minds behind the critically acclaimed Layers of Fear, experience first-hand the toll that fear can take on the mind in an original story inspired by the cinematic lore of Blair Witch.
With just your loyal dog Bullet by your side, navigate your way through a cursed forest that warps and distorts both time and space.
Stand against the horrors of the Blair Witch and the decaying sanity of a man burdened by his past.
As you delve deeper into the woods, how you react to danger and behave under pressure will ultimately teach you more about yourself.