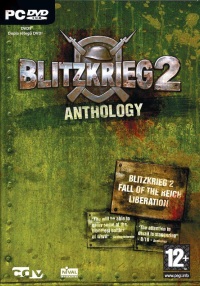 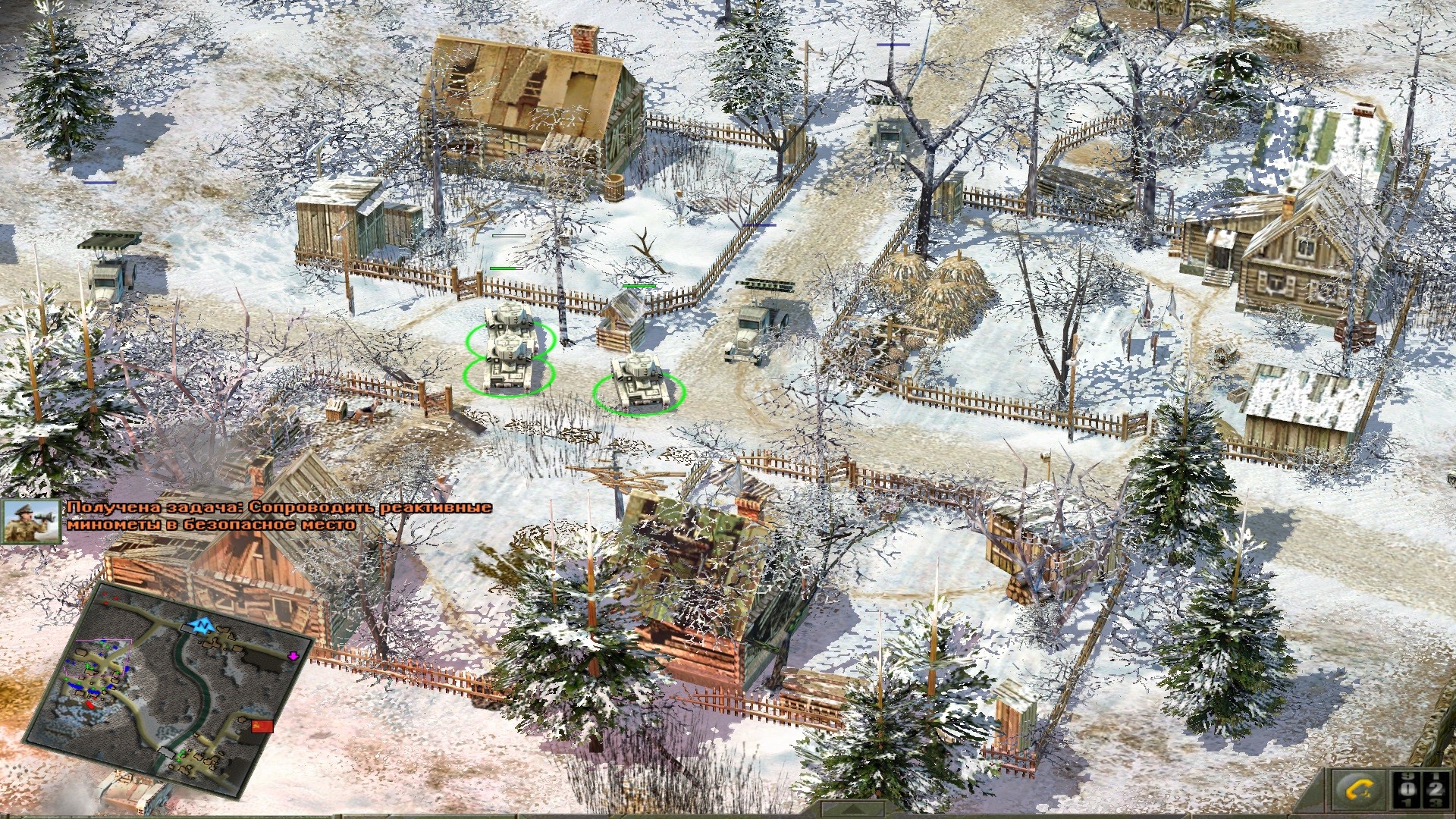 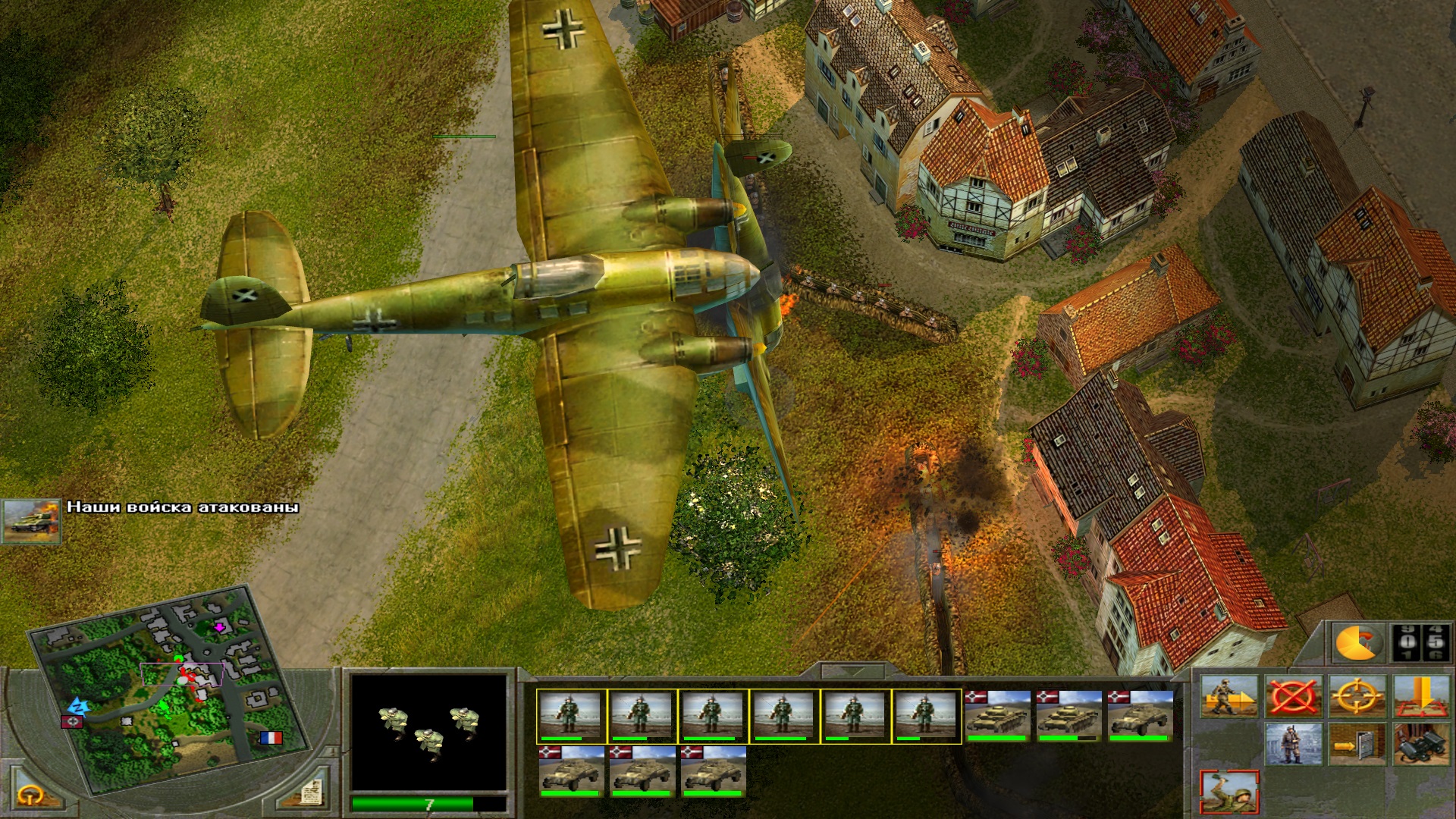 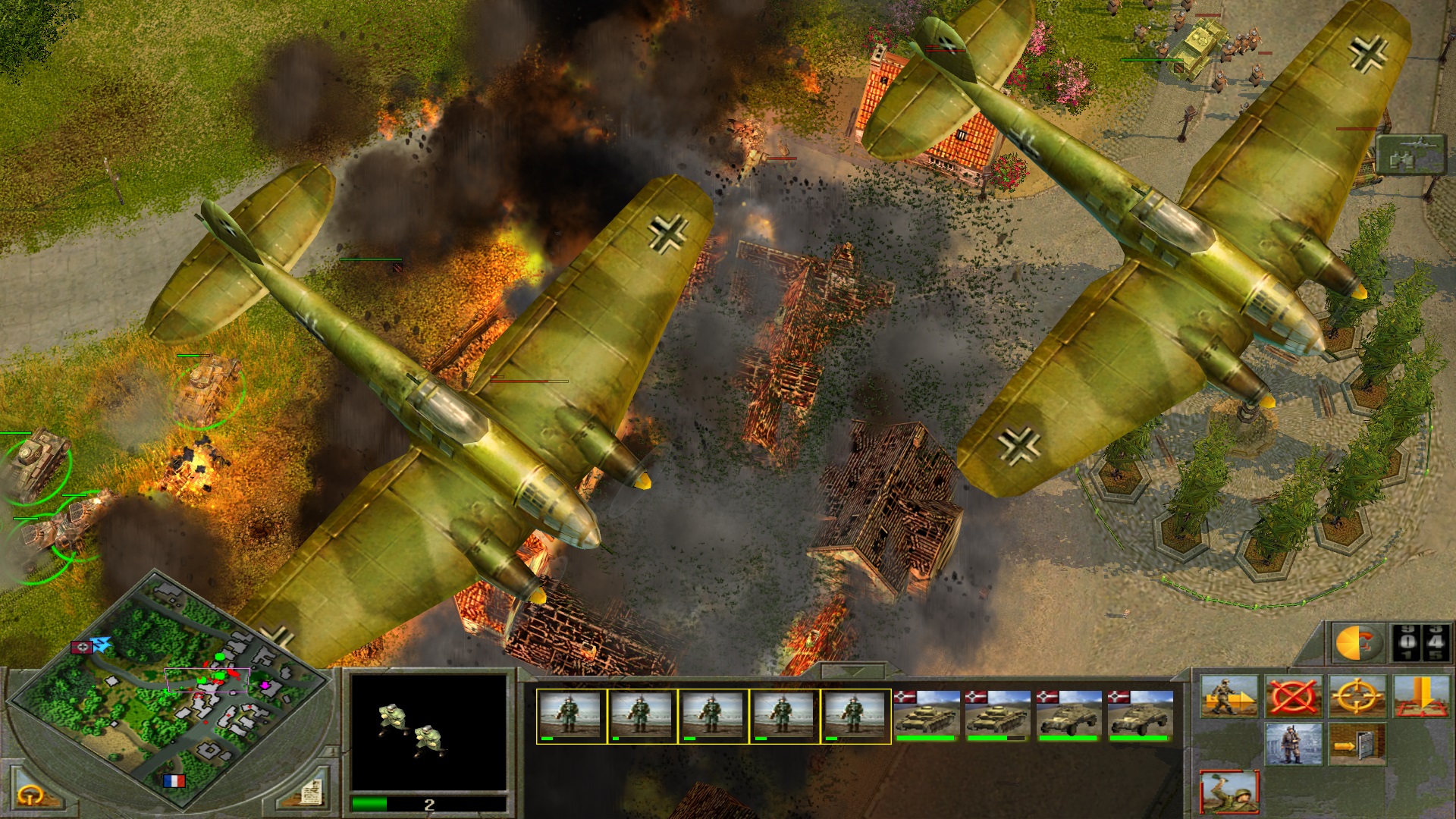 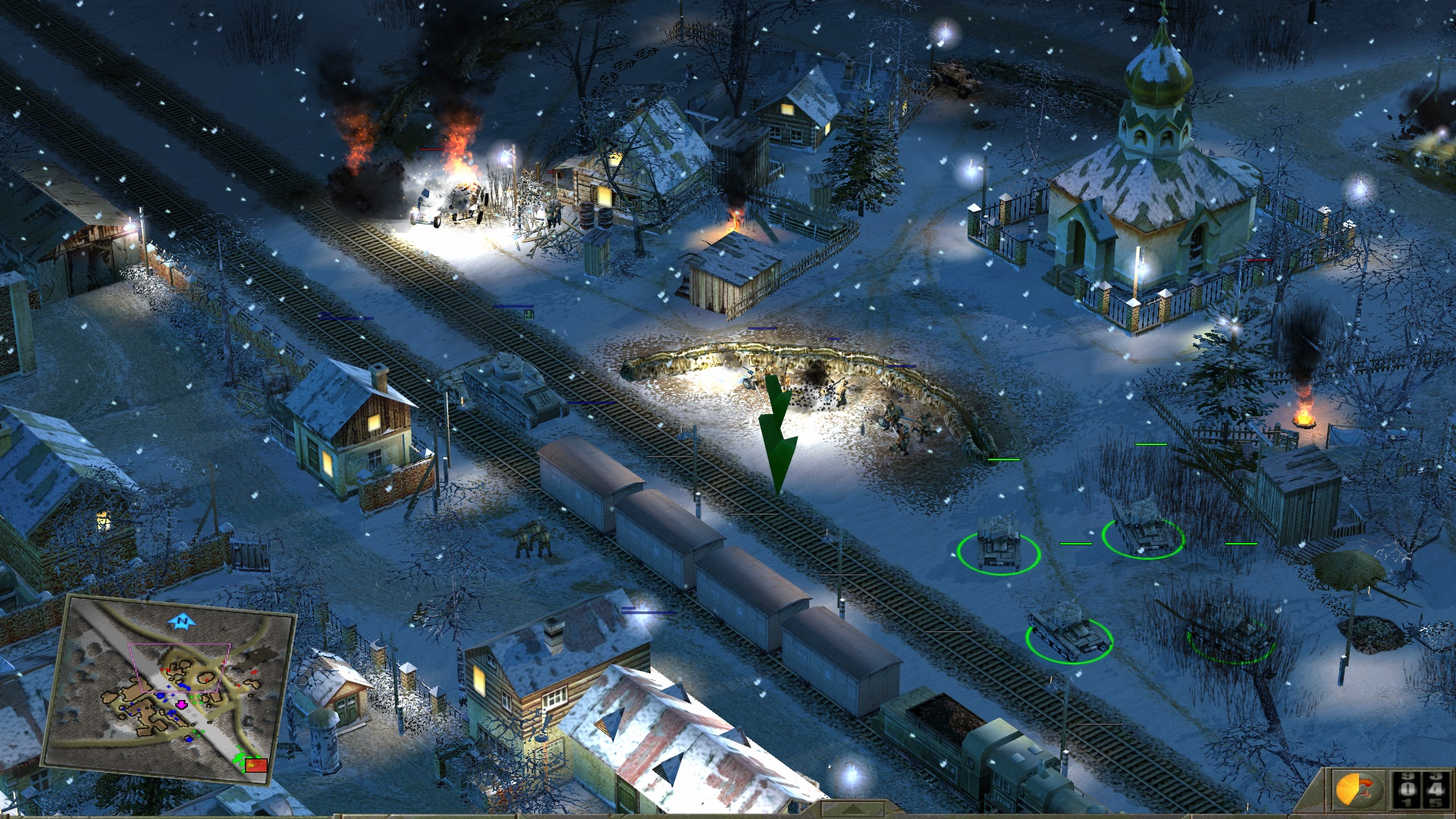 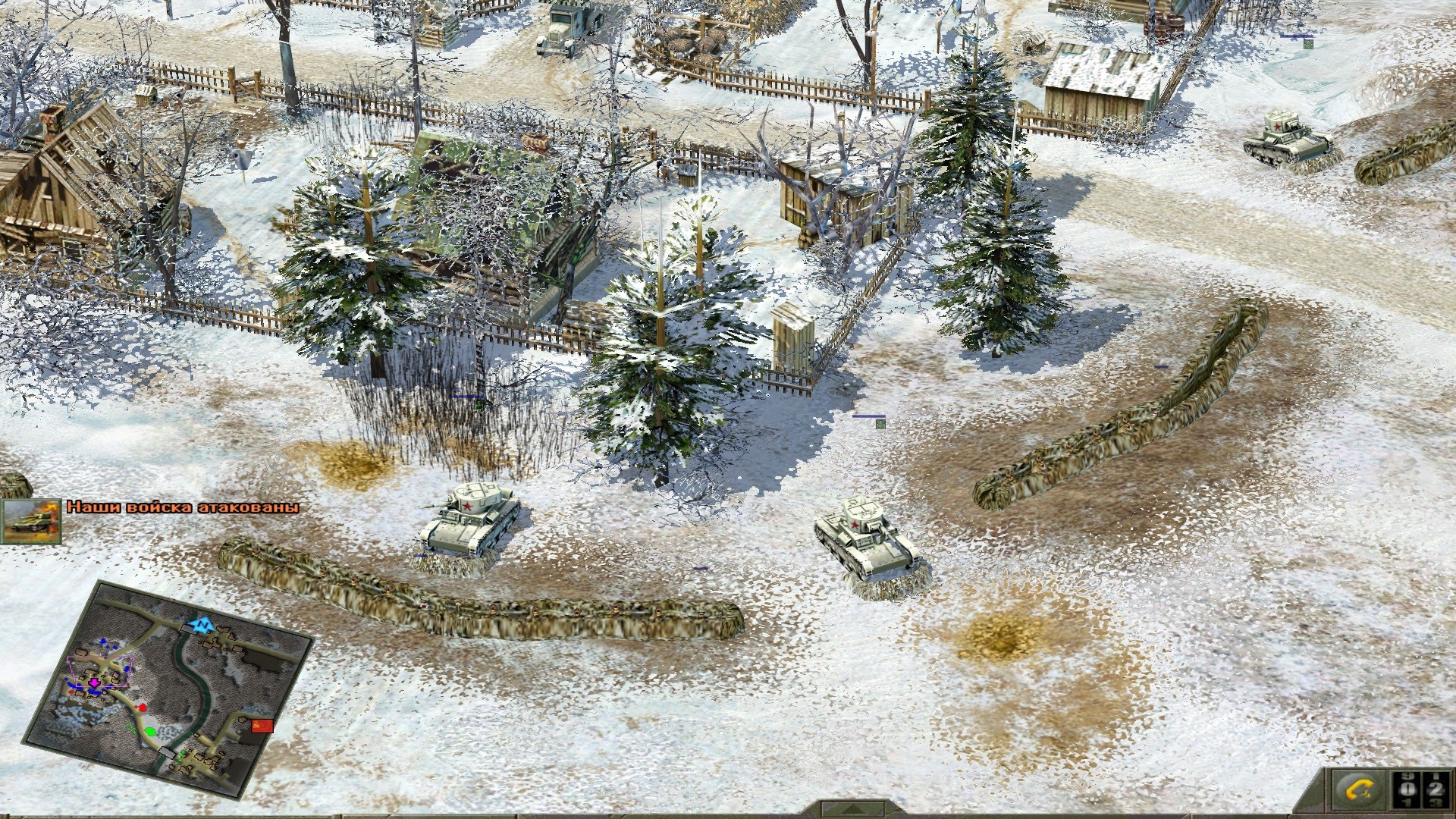 Blitzkrieg II is a fierce battle on all the main fronts of World War II, from the heart of Europe and the endless sands of Africa to the humid jungles of the Pacific Islands. In three large-scale campaigns on the side of the USSR, Germany and the United States, you will strategically plan and directly direct the course of dozens of military operations around the world. The graphics engine of the new generation and the development of the most successful ideas of the original “Blitzkrieg” will help you to survive the most dramatic moments of the most bloody conflict of the last century. Real Strategy
Thanks to the interrelated structure of missions, your actions will directly influence the composition and training of your units in subsequent battles. Develop success at a strategic level, choose where to strike a new blow, in which missions to participate and what types of reinforcements to receive. With the growth of your rank and merit, you will be able to appoint commanders, under whose leadership your units will be able to use more than 50 unique skills, such as “table fire” for anti-aircraft guns and “shooting on the move” for tanks. Experienced infantrymen will be able to lay bombs, use grenade bunches and perform other tasks, opening up amazing tactical possibilities before you.

Real War
Immerse yourself in intense fighting in the Philippines, participate in the defense of Moscow and the Battle of Stalingrad, fight in the Ardennes, Tobruk, Sevastopol. Each of the operations is unique in its variety of missions and missions - from oncoming tank battles and air support to secret night operations, destruction of convoys, artillery attacks and massed marines. Tiger II, from Zero fighter jets to V-2 ballistic missiles and 305-mm guns. As a support, you will be given engineering assault, sabotage units and even guard dogs!

Key Game Features
Three campaigns that allow 68 missions to be played for the main parties to the conflict, covering all the main theaters of hostilities
More than three hundred historically correct units
The presence of an encyclopedia of weapons
Three-dimensional and interactive environment in the mission
The presence of a strategic inter-mission game
Opportunity to develop a player as a commander who receives experience, titles and special skills during combat operations
The scale of hostilities due to the ability to operate as individual units, and whole reinforcements
The development of reinforcements - the ability to improve units in reinforcements, as well as assign commanders to reinforcements
A unique super weapon for each of the parties, available in the final chapters of the game
Multiplayer mode over a local network or the Internet through Nival.Net´s own gaming service
A map editor that allows you to create your own missions, change and add units and much more.
Available languages: Russian, Ukrainian, Polish, Czech.

FIFA 18 UT SAFE COINS for XBOX ONE+ 5% for feedback