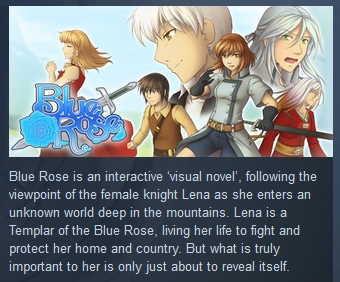 PowerSeller:D information about the seller and his items
offlineAsk a question

Lena is a knight of the Order of the Blue Rose. Her whole life is devoted to the protection of the weak and the poor. So it turns out that it is far from the best in the small mountain village. Here she first have to make their own decisions and ... to face their consequences.

You - Lena, a young Templar. Together with his comrades are fighting with dragons in a desperate attempt to save the noble lady Adele. The two kingdoms are at war, and you hope that Lady Adele could organize the defense. During the battle, however, you lose consciousness and wake up in a strange room.

The owner of the room charming, but a bit of a vicious and aggressive hunter who seems to want to quickly get rid of you. To his regret you examine his village, which is hidden in the mountains, which are considered uninhabitable. Who is this young man? As the whole village is a secret from the rest of the world? After the battle with the dragon, why you survived? The "Blue Rose" you have to solve these and many other interesting puzzles.