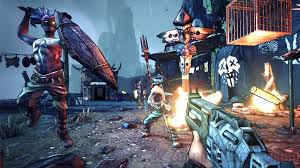 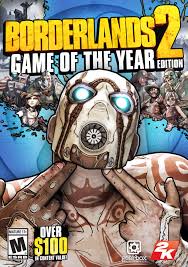 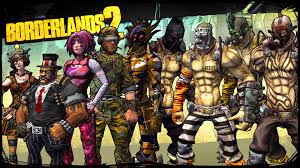 Loyalty discount! If the total amount of your purchases from the seller BEST-PRICE more than:
If you want to know your discount rate, please provide your email:

After the order, the system automatically (without us) instantly
send you to mail the license key activation of the game:
Borderlands 2 Game of the Year Edition Region Free Multilanguage version
to activate the system Steam

The composition of Game of The Year Edition includes:

A new era of crazy shootings and looting of gambling! Play as one
of the four new treasure hunters fighting with different creatures, psychos and
one evil genius, Handsome Jack. Arm your friends bazzilionom different
guns and fight together in cooperative mode to four people. Go through a difficult
path of revenge through unpredictable and the living world of the planet Pandora.
Features:
To play the game there are four new character classes: Siren, Commando, Ganzerker and Assassin.
Try yourself in the role Ganzerkera whose deadly skills allow him at the same time
use any two guns found in the match. And that's just the beginning: developing this skill,
You can do fantastic things with guns. A pair of guns? Cool. A pair of rockets?
Of course! The two sniper rifles? Easy, if you prefer. Other classes
of course, has its own trump cards up its sleeve.
Share your adventures with friends in cooperative mode as a dashing through the Internet,
and in the local network. "Seamless" system multiplayer will allow you to connect to
different sessions without having to restart the game. And most importantly - you can use your
equipment in any campaigns.
At this time, your adventure begins in the freezing tundra of Pandora, where you die cast
Handsome Jack, CEO "Hyperion." Walk your way to vengeance, expand
the sinister plans of the corporation "Hyperion" and deal with their head, the universal criminal
scale, Handsome Jack. (Oh, and by the way, he arrogated to himself the laurels
discoverer Vault!)
The new system of game content is responsible not only for the weapon, but also shields
grenades, Relics, class modifiers, and more. And you still think in the first
part of it was a lot of things?
Hunt in an entirely new areas of Pandora. From Arctic tundra to the full
dangers steppes and mysterious caves, the planet will amaze you diverse and
unpredictable living world.
Along with the new territories in the Borderlands came and their inhabitants: gorilopodobnye
bullimongi, predatory Stalkers and the Hyperion mechanical army, led by Pretty Boy
Jack. And this is just a small example of monsters waiting to meet you.

!!! We take full responsibility for the products sold by us and give 100% quality guarantee!

!!! Thank you for your purchase! We will be glad if you become our regular customer
Left you a review of the acquisition of goods is very important for us !!!