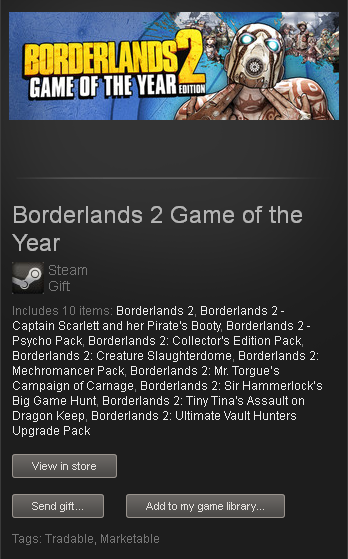 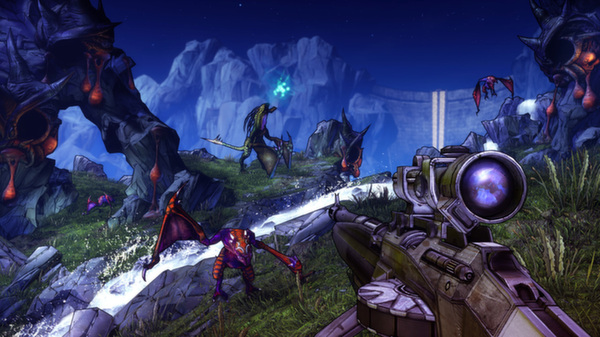 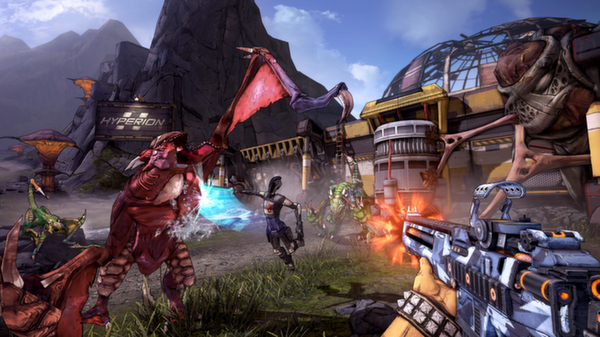 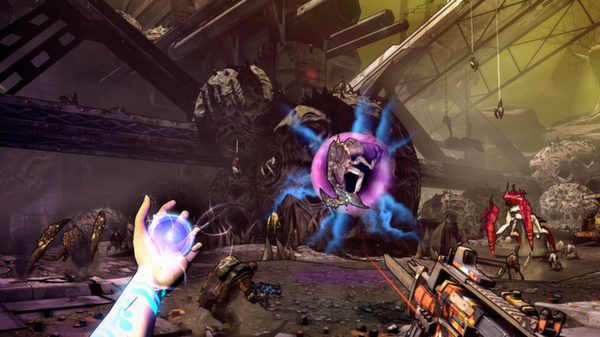 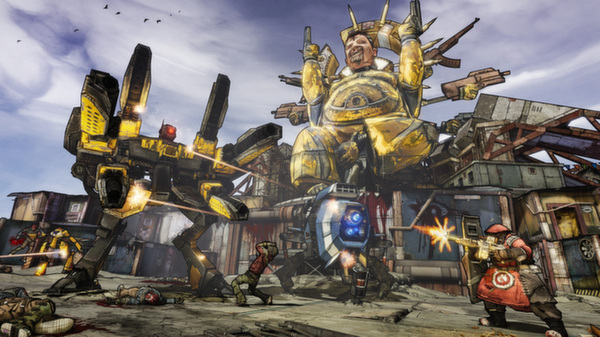 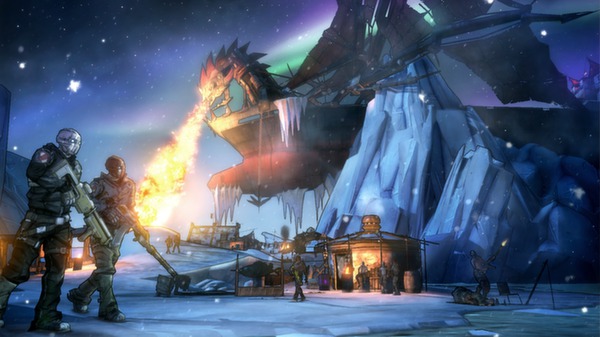 INSTANTLY AFTER PAYMENT YOU GET activation link GIFT
Borderlands 2: Game Of The Year (Borderlands 2 GOTY) on Steam

About the game: There comes a new era in the spirit of "shoot-pack"! Team with three Hunters Warehouse Meet face to face with the whole world of creatures, psychos and the evil genius - Handsome Jack. Make friends, fit their guns from a giant arsenal and go to your buddy fight shoulder to shoulder in search of revenge and atonement in the uncharted territories still Pandora.
Key Features: New faces: our heroes now - Siren, Commando, Gunzerker and Assassin. Experience in a new class of fighter called "Shizostrel» (Gunzerker). This husky-Shorty is so strong that is easily controlled with any two guns at once. Want to water the enemy lead of a pair of heavy machine guns? No problem! Or maybe you like the two grenade launchers? Easily! Two snipers? Does not matter! Your tactics plus Shizostrela firepower - and the enemy has no chance to survive! Dynamic network and online game: have fun with friends, teamed up on the Internet or on a local network. Connect to the campaign and exit at any time, it will not prevent your comrades to continue the adventure - restart the game will not be required. Moreover, all purchased equipment you can use in every new game! That story still: this time your stay in the world of Borderlands will begin with the fact that you find yourself thrown in the midst of destruction icy tundra. Will find out who and why so cruelly cost to you, to find the offender and, of course, add to it by the first number. You will have to examine the ownership of the corporation "Hyperion" and face the villain universal scale - its director, known by the nickname Handsome Jack. (And yes, that he had stolen the money for the opening of the vault). An infinite number of ... all: a unique system for creating game objects - an inexhaustible source of not only the most fantastic weapons, but also other equipment, including shields, grenades, alien artifacts ... But you never know what! And do not forget the tons of all kinds of good from the original Borderlands! In distant lands: an expedition to the unexplored areas of Pandora, which will surprise you with a variety of landscapes and scenery. You will frosty tundra, green meadows full of dangers and mysterious underground caves. Interesting for: and how many previously unknown inhabitants of Pandora are looking forward to meeting you! Huge, looks like a gorilla, mordoplyui (Bullymongs), ruthless predatory Crookshanks (Stalkers) and an army of mechminds "Hyperion", led by Handsome Jack - only a small fraction of all the unimaginable monsters, avoid meeting with whom you would never come out. And not very much and wanted! Gun to fight!

What do I need to start playing:

1. You need to download and install Steam http://steampowered.com/about (if not already installed);
2. Register a new account on Steam or go to the existing one;
3. The resulting link after purchase, you must copy and paste into your web browser, log in under your account Steam and take a gift to yourself in the library (ie activated on your account) or add in your inventory (ie, a gift can be anyone -nibud pass);
4. After activating the game will appear in the list of games and you can download it from steam, and then start playing.