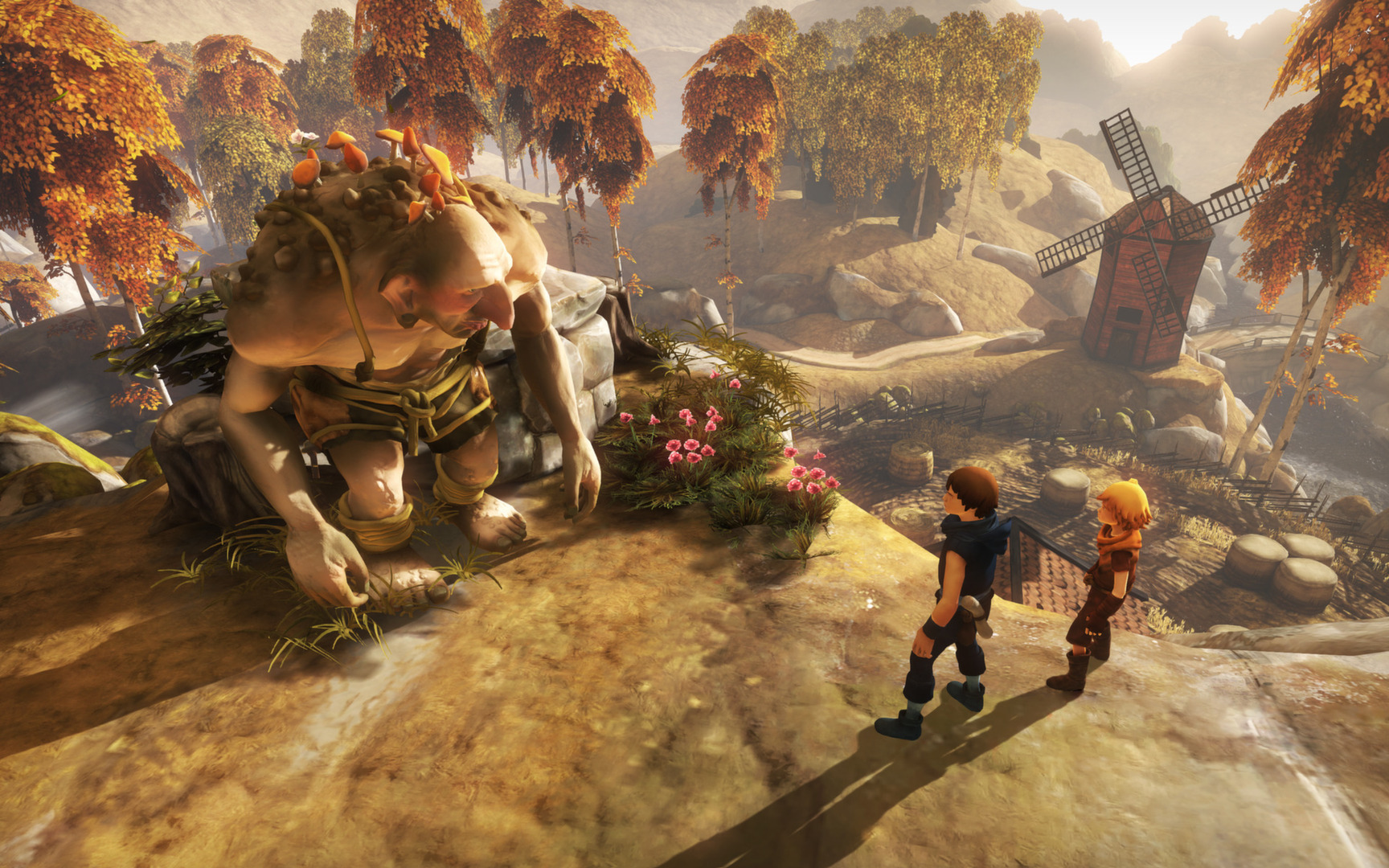 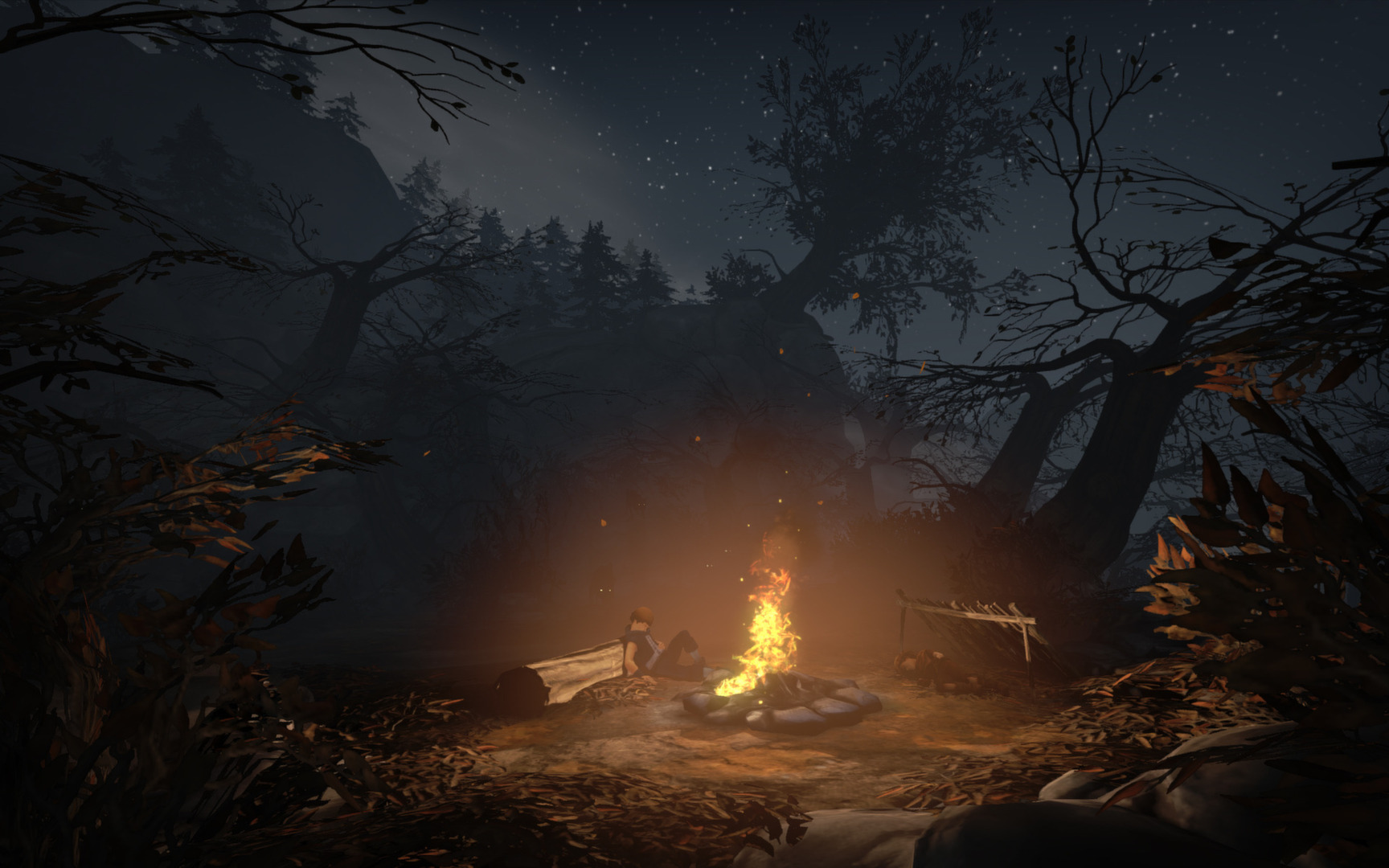 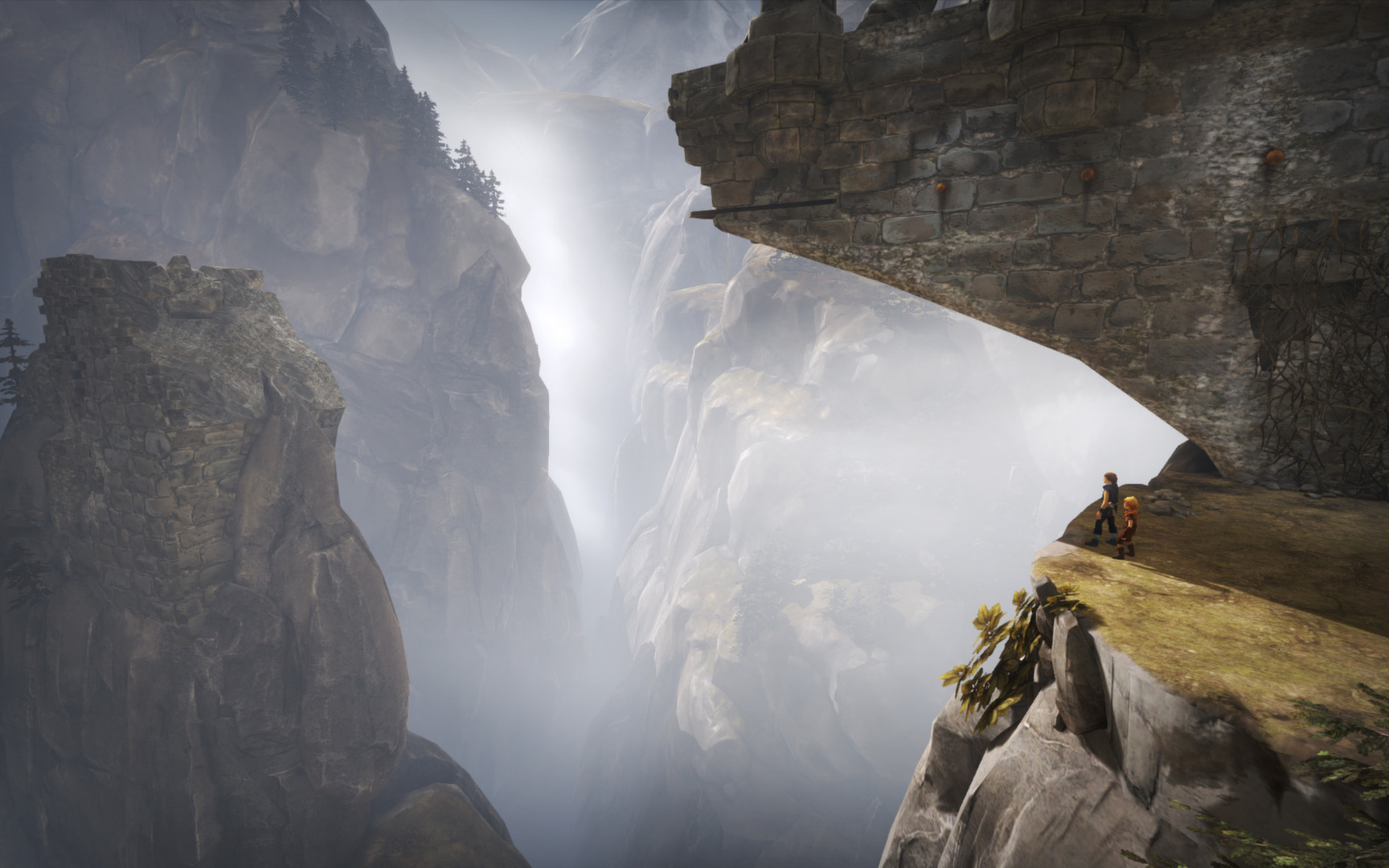 Sold: 0
Uploaded: 31.05.2017
Content: text 93 symbols
Loyalty discount! If the total amount of your purchases from the seller DCNstore more than:
If you want to know your discount rate, please provide your email:

Brothers is presented from a third-person view overlooking the two brothers. The brothers are moved individually by two thumbsticks on the controller. The controller triggers also cause the respective brother to interact with the game world, such as talking to a non-player character or grabbing onto a ledge or object. The older brother is the stronger of the two and can pull levers or boost his younger brother to higher spaces, while the younger one can pass between narrow bars. The player progresses by manipulating the two brothers at the same time to complete various puzzles, often requiring the player to manipulate both brothers to perform differing functions (such as one distracting a hostile non-player character while the other makes their way around). Should either brother fall from a great height or get injured, the game restarts at a recent checkpoint. All of the in-game dialogue is spoken in a fictional language based on Lebanese Arabic, thus the story is conveyed through actions, gestures and expressions.