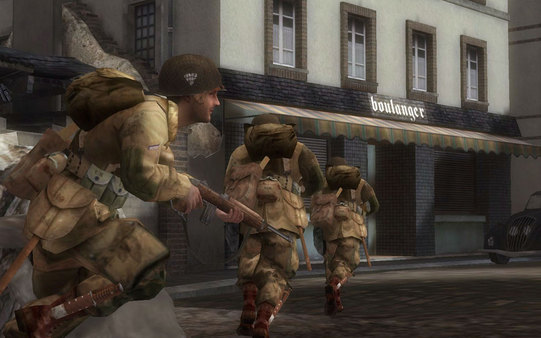 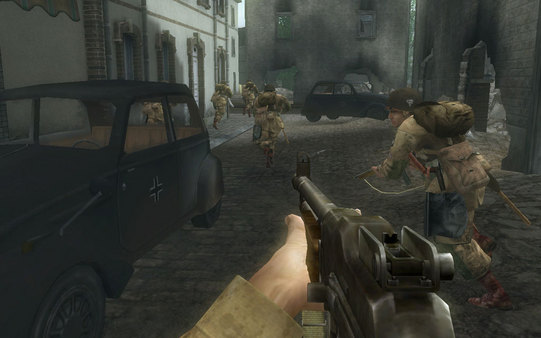 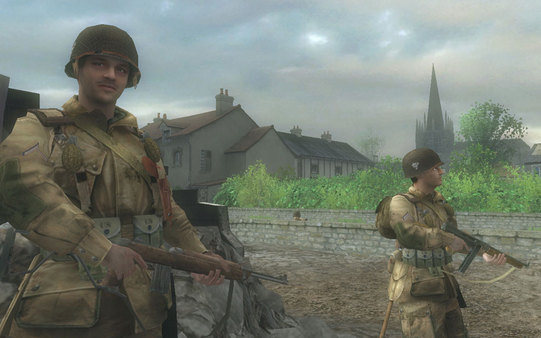 Based on real events the game Brothers In Arms Earned In Blood - the next chapter in the history of the 101st Airborne Division. In the role of Sergeant Joe Hartsock, you must advance beyond the thirtieth height and command a platoon of elite paratroopers in one of the most significant operations of the Second World - the liberation of Normandy.

During the last battles for the liberation of France, the elite units of the 101st landing force will operate deep behind enemy lines. Together with your squad you must surpass even more aggressive and experienced adversaries and survive in the blazing city ruins. Brothers In Arms return with even more action, a magnificent storyline and deep historical authenticity!

★ Additional weapons and equipment: equipped with new types of weapons, for example, M3 grenades, and control new types of equipment, such as the M10 "Wolverine" tank destroyer.

★ Play alone or with friends in Skirmish mode. Take command of a small detachment of troops as an American or a German officer.

★ Innovative management: As a squad leader, you can control your fighters with an efficient, yet easy and effective command system that uses only one mouse button.

Brothers in Arms: Earned in Blood WINDOWS (distribution license)
After payment you get a link to the licensed distribution with the game and the key to it.

Lords of the Fallen Game of the Year Edition STEAM KEY