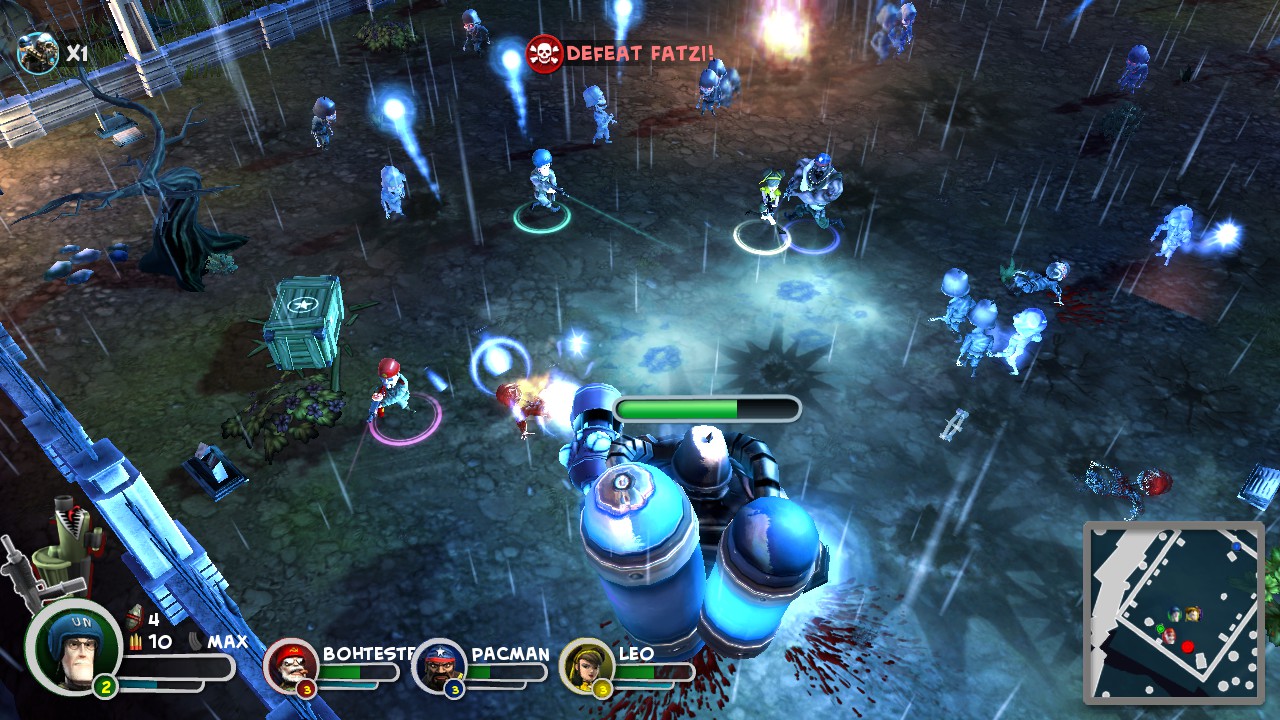 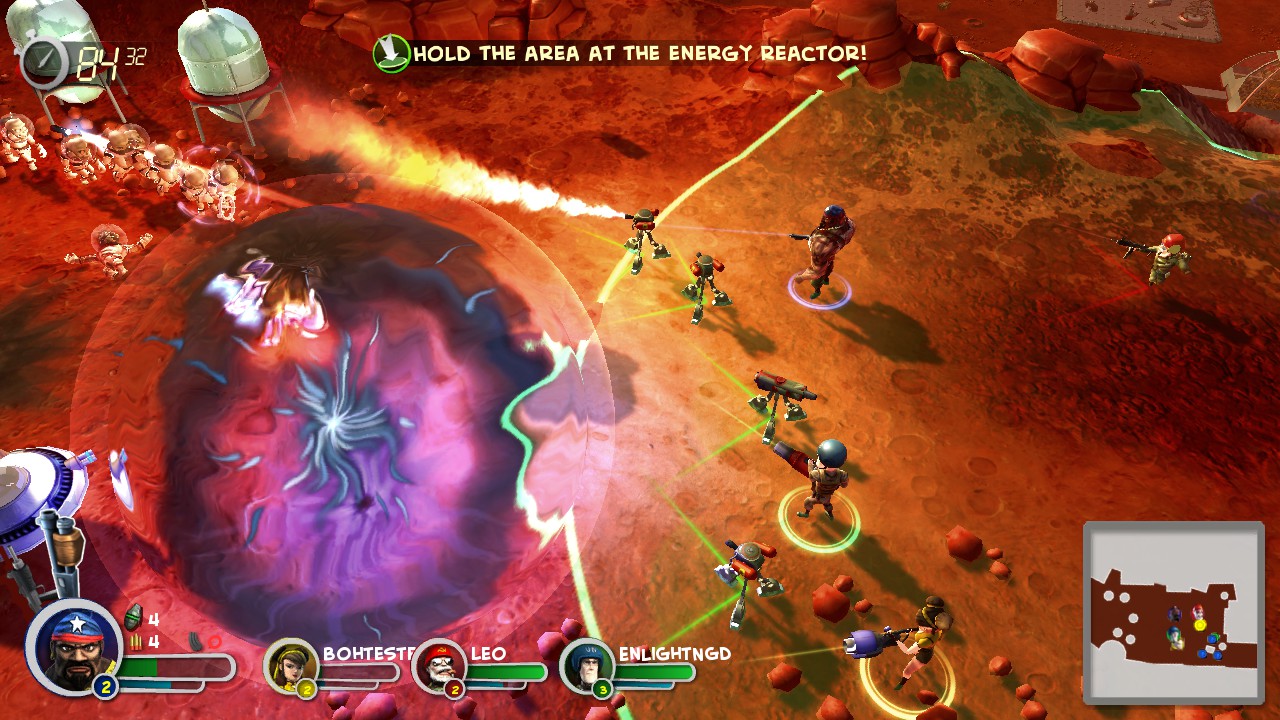 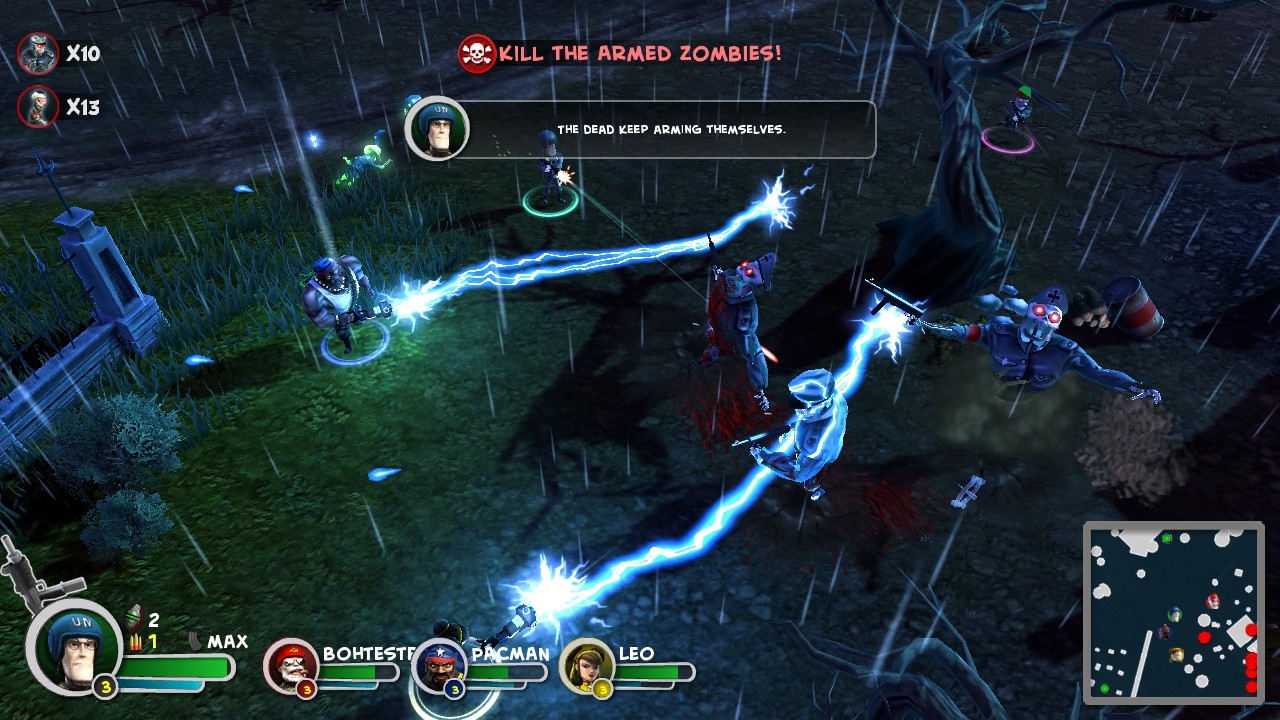 The Bunch is the most formidable team of elite fighters from around the world ever assembled. What brought them together? Obviously, the fact that the Earth was attacked! An alien attack threatens all of humanity, regardless of gender, color, or nationality. And these aliens have at their disposal a powerful Army of Zombies ™!

Playing as Agent Leah, Jared Joe, El Camarad or as Captain Smith, you will become the last hope of protecting humanity. To survive at any cost you will be given a huge arsenal, including flamethrowers, rail guns and gravity bombs. And with the coolest superpowers, you can defeat your opponents! The game supports cooperative mode for up to four players.

Features of the game Bunch of Heroes: gorgeous cartoon graphics, like a work of art; funny rock and roll; Hi-tech; great humor and cooperative mode that can inspire zombie killers and extraterrestrial haters all over the globe!

Become a Hero; Earth needs a whole gang of heroes, no less!

MAIN FEATURES:
Complete the game campaign online with your three friends
Incredible cartoon-style graphics and fun rock and roll
4 game characters with amazing ultra-attacks
Juicy and varied surroundings
Many tasks at each level
A large number of funny and crazy opponents
A huge arsenal of weapons for their destruction
Place and use turrets to gain a tactical advantage