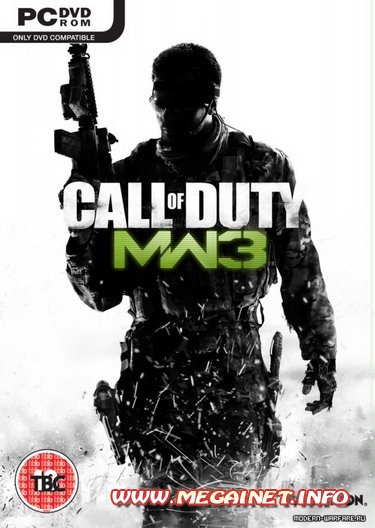 The first single player gameplay Call of Duty: Modern Warfare 3 shown June 6, 2011 at E3 in Los Angeles. At the presentation of Microsoft lead product manager for PR studio Infinity Ward, Robert Bowling (Eng. Robert Bowling) was part of the mission called Hunter Killer from the single-player campaign, as soon as the record was available at the site GameTrailers, broadcast all presentation of the exhibition. Later Robert Bowling revealed another piece of the mission called Black Tuesday, a record demonstration is also available on the site GameTrailers.

The game is available to co-op mode "special operations" (eng. Special Ops), which is different from the mode of the same name presented in the Call of Duty: Modern Warfare 2, and consisting of a set of missions for passing a joint. The difference is that Spec Ops will present a set of missions for co-passing, as it was in Call of Duty: Modern Warfare 2, and survival mode, which is similar to the regime against the zombies of the games Call of Duty: World at War and Call of Duty: Black Ops - players will jointly defend against attacking waves of enemies to them. With each wave of a broken enemies become stronger, new types of enemies. Unofficial information about this mode, first came to the network May 13, 2011. Officially announced on May 27, 2011. For the first time the gameplay is shown on 14 June 2011 in the show Late Night with Jimmy Fallon, with the participation of Simon Pegg as a special guest. The Spec Ops is possible to play both in the network and mode Split screen.
The first official trailer, which consists of cuts of different games in the "special operations", posted on the game's official website August 9, 2011.
The exhibition gamescom, at which the first visitors were given the opportunity to play a game in the mode of Spec Ops, all of those wishing to try the game in action was so long that people were waiting for their turn for 3 hours

Activation Key:
1. You need to download and install Steam - http://steampowered.com/ (if not already installed)
2. Register your new account on Steam or go to an existing one.
3. Go to the "My Games" and select "Activate via Steam ...", read and agree to the Steam Subscriber Agreement and enter the key received immediately after the payment.
4. After activating the game appear in the list of games and you can download it from Steam. The installation process (download) takes about 15-50 minutes (depending on your internet channel).
_________________________

Our Guarantee: Personal passport WebMoney, are the official dealer of 1C Multimedia Ukraine, this means that everything can be bought in our keys are fully functional and ready for activation.