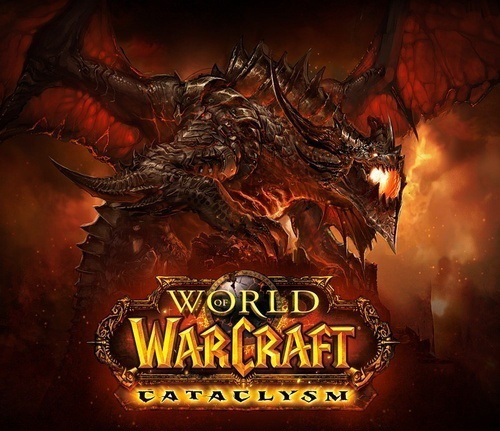 Webmex information about the seller and his items

In the depths of the Underdark, inhabited earth elementals, asleep monstrous evil forces.

The last battle with the army of Azeroth Dragon Aspect Deathwing struck, the seduction of evil forces, serious injury. Sheltered in the hideout, he for many years to heal the wounds, waiting for hours when he could return to the surface in a hot flame and reforge the world in their own way.

Soon, Deathwing the Destroyer will appear again on Azeroth, having risen in the fire and the roar of the underground mineral resources. His appearance brutally mutilated planet. Horde and Alliance will be in the heart of the universal cataclysm. The world of Azeroth will begin to crumble before the eyes of the inhabitants, war breaks out the elements. But suddenly out of nowhere will exhibit new heroes! They are destined to save the world from the crippled complete devastation.

- Two new playable races
You are waiting for new adventures on the side of one of the two new races: the cursed worgen with the Alliance or the resourceful goblins with the Horde.

- The maximum level is raised to 85
Earn new abilities, tap into new talents.

- The transformation of familiar areas.
Familiar, has long been familiar to the field of Kalimdor and the Eastern Kingdoms, from the devastated Badlands to the broken Barrens, which forever changed beyond recognition.

- Lots of new raid dungeons
The new addition you expect more raid dungeons than the previous ones. For all the tests provided new modes of difficulty.

- New Race and Class Combinations
Explore Azeroth as a gnome priest, blood elf - a warrior or another character, just as unusual in terms of race and class.

- New PvP-Zone & Rated Battlegrounds
Follow combat orders and daily quests in the new PvP-zone on the island of Tol Barad similar to Wintergrasp, and wage war on new battlefields to the evaluation system.

- Air vehicles
You will enjoy unprecedented freedom of movement across Kalimdor and the Eastern Kingdoms.