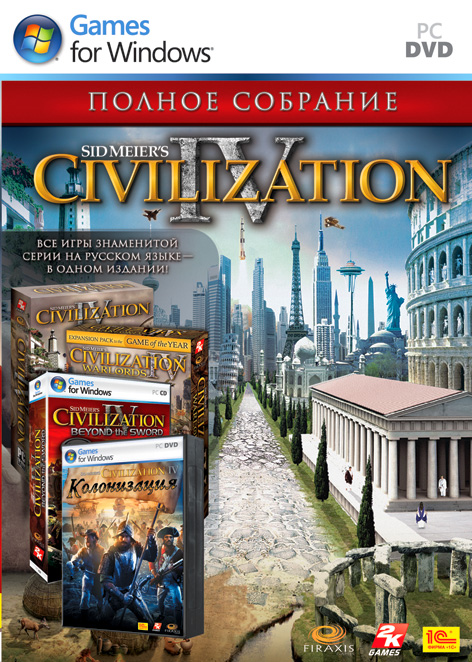 Uploaded: 12.03.2017
Content: Civilization_IV_The_Complete_Edition_2.txt 0,31 kB
Loyalty discount! If the total amount of your purchases from the seller GameCod more than:
If you want to know your discount rate, please provide your email:

Every second buyer (in random order) of all our products, left a positive feedback - gets one of more than 40 different games for Steam. Which one? You will find out about it when you receive your GIFT on the mail.
It can be activated in "Steam".

To receive a gift you need:
1) Buy from us game
2) Leave a positive feedback with the comment "I want a gift" and indicate in it my E-mail
3) Expect.

Dispatch of the gift is done within 48 hours after writing a comment.
Attention!! Putting a tip - you guarantee that you read all the conditions for the Gift and if something is not clear - asked.

Sid Meier´s Civilization 4
- Sid Meier´s Civilization 4 - is the continuation of one of the most successful series of turn-based strategies, the total circulation of which exceeded the threshold of six million copies.
For a long time people have directed their gaze into the sky - to where the beautiful and inaccessible stars were brightly shining. Once a mysterious force promised that a person could get into this enchanting, transcendental world, but for this he will have to go a long way in not one thousand years. Go from the deepest antiquity to the atomic bomb. Bring your country to prosperity: lead allies, destroy enemies, strengthen economic ties, overthrow the gods, make revolutions ... This is still far from a complete list of what awaits you in the fascinating world of Civilization IV.

<Delivery> This product is distributed through digital distribution, is only a pin code, and does not contain packages and boxes. </ Delivery>