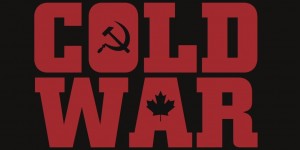 Sold: 0
Uploaded: 24.02.2019
Content: text 18 symbols
Loyalty discount! If the total amount of your purchases from the seller SOFT-KLUB more than:
If you want to know your discount rate, please provide your email:

Top secret ... Mid 80s. The cold war is in full swing. The Soviet Union weaves its intrigues against the whole world. No one even realizes what secrets are hidden behind the red walls of the Kremlin. No one except an independent and very curious journalist who randomly learns the secrets of the USSR government. For further investigation, he arrives in Moscow. But the all-seeing eye of the KGB does not sleep! 12 hours after his arrival, the poor fellow is robbed, stripped, beaten to a pulp and thrown into prison for political prisoners. In order to get out of prison and circle the finger of the unit of the Soviet elite troops, the hero will have to wisely use only available tools and materials. It is necessary to uncover the conspiracy of the government before it is sent to the prison camp in Siberia, or simply killed. We´ll have to strain the muscles of our body and brain to stand against the powerful military and political elite of the Great Soviet Union.