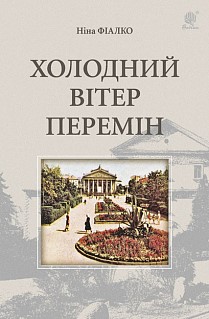 In an ordinary family, three sisters pave the way for the future. The choice of the senior settled on the picturesque Ternopil, where the cotton mill was built rapidly and lured the young girls with a great prospect not only of decent work, but also of providing free housing. After graduation, the younger sisters successfully joined the new team and did not dream of a better life. Senior - chose a different specialty and believed that a person is created for happiness and should not give himself all the work. Following the call of the heart, she makes an irreparable mistake, which then, throughout her life, becomes a black mark and does not spread her wings.
The cold wind of change, which, as the frosts hit in August, caused the Ukrainians to break their economic ties and the decline of many giants. Such in Ternopil turned out to be a combine factory and a cotton mill. Thousands of people who were unable to get housing, lost their jobs and lost faith in the future were victims of ill-advised public policy. On the example of the heroines of the novel, the reader will be able to learn how a whole generation of deceived people survived and raised children. The novel is filled with many events that the older generation has experienced and the young have to know about.
The life of making money does not end there. Heroines love, have children, divorce, and seek their destination on Earth. The work is dynamic, fascinating and I hope I will not disappoint the readers.