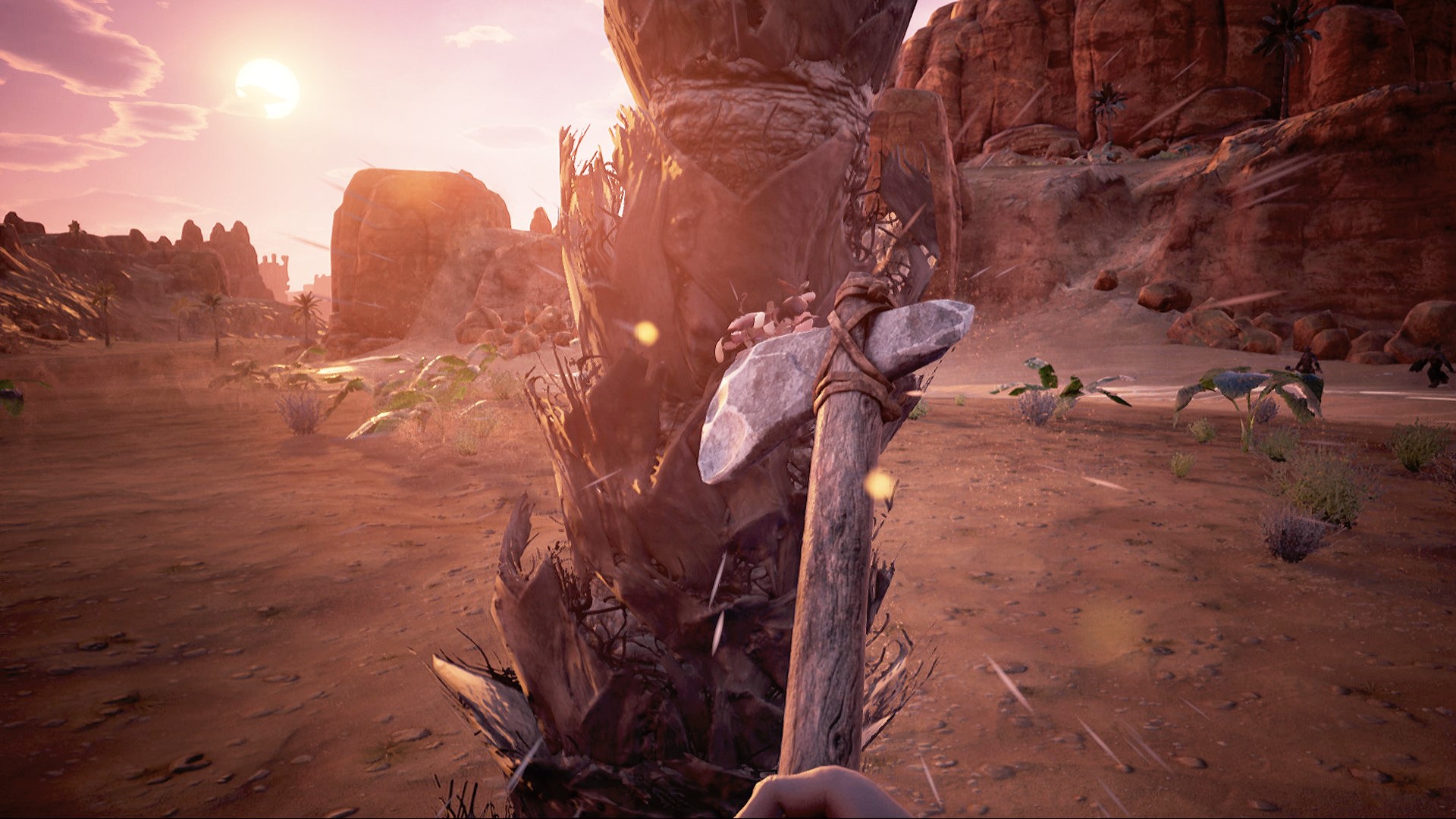 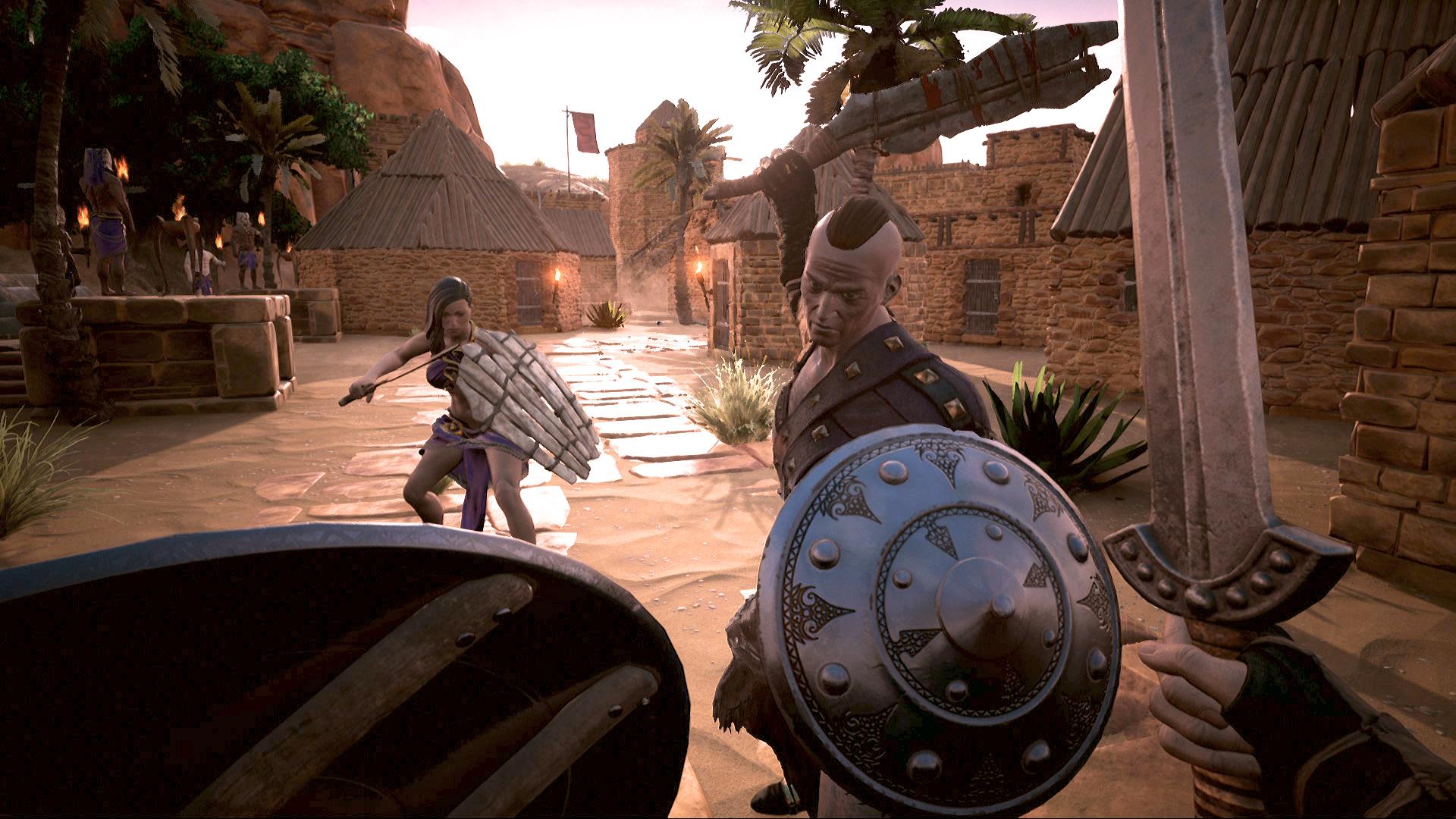 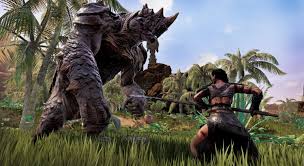 Uploaded: 19.10.2022
Content: text 17 symbols
Loyalty discount! If the total amount of your purchases from the seller SOFT-KLUB more than:
If you want to know your discount rate, please provide your email:


Conan Exiles is an open-world survival game based on books about Conan the Barbarian. Survive in a harsh world, build your house and kingdom, crushing enemies in epic battles.

When Conan himself saves your life by rescuing from the loop, you have to quickly learn how to survive. You will have to escape from sandstorms, hide from the heat and hunt animals to get food and the necessary materials. Before you extends a huge seamless world, from the hot deserts in the south to the snowy mountain peaks in the north.

Conquer the lands of the exiles and lead your clan to greatness. A flexible construction system will help you create anything from a shack to an entire city. Use swords, bows, and siege equipment in battle; even giant incarnations of gods can speak for you. Turn the houses of your enemies into ruins in grand battles.

“Conan Exiles” can be played both in single player and in joint or multiplayer modes.

EXPLORE AN EXTENSIVE OPEN WORLD
Explore a huge, seamless open world. You are waiting for the endless dunes of the deserts of the south, the mysterious swamps of the east and the snow-capped peaks of the northern mountains. Wander, enjoying complete freedom of action.

BUILD A HOUSE AND KINGDOM
Gather resources, create tools and weapons. A flexible construction system will help you create anything from a shack to an entire city. Set traps, lifts, and defenses and equip your buildings with furniture, machine tools, and more.

SURROUNDING LAND SURVIVAL
Dress for the weather or light a bonfire to keep warm. Do not forget that you need to find a way to cool during the heat. Hunt, cook, eat and drink to survive. Build shelter from destructive sandstorms. Examine the gloomy ruins with caution, because a curse may fall on you.

RULE THE EXILE LANDS
Grab yourself a piece of Exile Lands, even if you have to take it from other players! Build siege weapons and use explosives to destroy the walls of the enemy city. Set traps, recruit slaves and build defenses to scare away opponents.

BECOME A GOD THE GIANT
Connect yourself with one of the four deities, for example, with Derketo, the goddess of passion and death. Sacrifice on the altar of your deity and invoke his mighty incarnation. Take incarnation under your control and erase your enemies along with their cities into powder.

PROTECT YOUR TERRITORIES FROM MONSTERS
Sooner or later, monsters and other non-player characters of the Exile Lands will turn their attention to you, which will end with the “Purge” event. Which monsters will attack you depends on the place where you built your house. Think about defense!

CATCH SLAVES TO DEVELOP
Take the captives and force them to defend your lands. Break their will on a cruel wheel of pain in order to make archers, artisans, warriors, mummers and other useful people out of them.

Activation:
* Install the Steam client - http://steampowered.com/download/SteamInstall.msi (if not installed);
* Log in to your Steam account or create a new one;
* In the Steam client at the bottom left, find "ADD GAME ..." => "Activate via Steam ...";
* Enter a digital product key