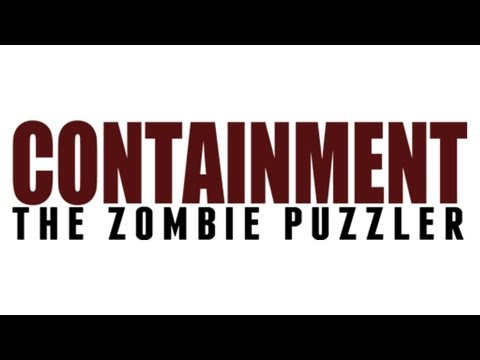 Containment: The Zombie Puzzler is an action puzzle game like you´ve never seen before. The goal of Containment is to surround zombies with survivors of the same color. But watch out for the zombies-they´ll fight back by infecting the survivors in the street. Through the game´s pulse-pounding campaign and multiple survival modes, you´ll use your wits, items you find you along the way, and even the town around you to contain the zombie outbreak.
Key Features:

Not a Match 3 In Containment, you do not match three of anything-you eliminate zombies by surrounding them with survivor tiles.
These Tiles are Alive Each tile is a fully animated character that interacts not just with its fellow survivors and zombies, but also with the environment.
Unique Storytelling There´s no time for cutscenes or dialog boxes when the undead are trying to eat you-the story of Franklin County and its survivors is told through in-world text as you make your escape through what´s left of the city.
Real-Time / Turn-Based Containment combines the cerebral strategy of a puzzle game with all the real-time action you´d expect from a zombie attack.
WMD´s Playing the game well rewards you with useful items that you can use against the zombie horde to devastating effect.
The Environment is Your Friend Franklin itself becomes a weapon as you knock over signs, power up heavy cranes, and roll cars over zombies.
Boss battles Yeah, that´s right. We even have boss battles. You have not seen zombies like these before.
--------------------------------------------------
Buying from us you are guaranteed to receive a license activation key immediately after the payment.