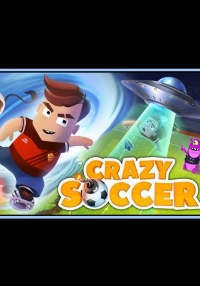 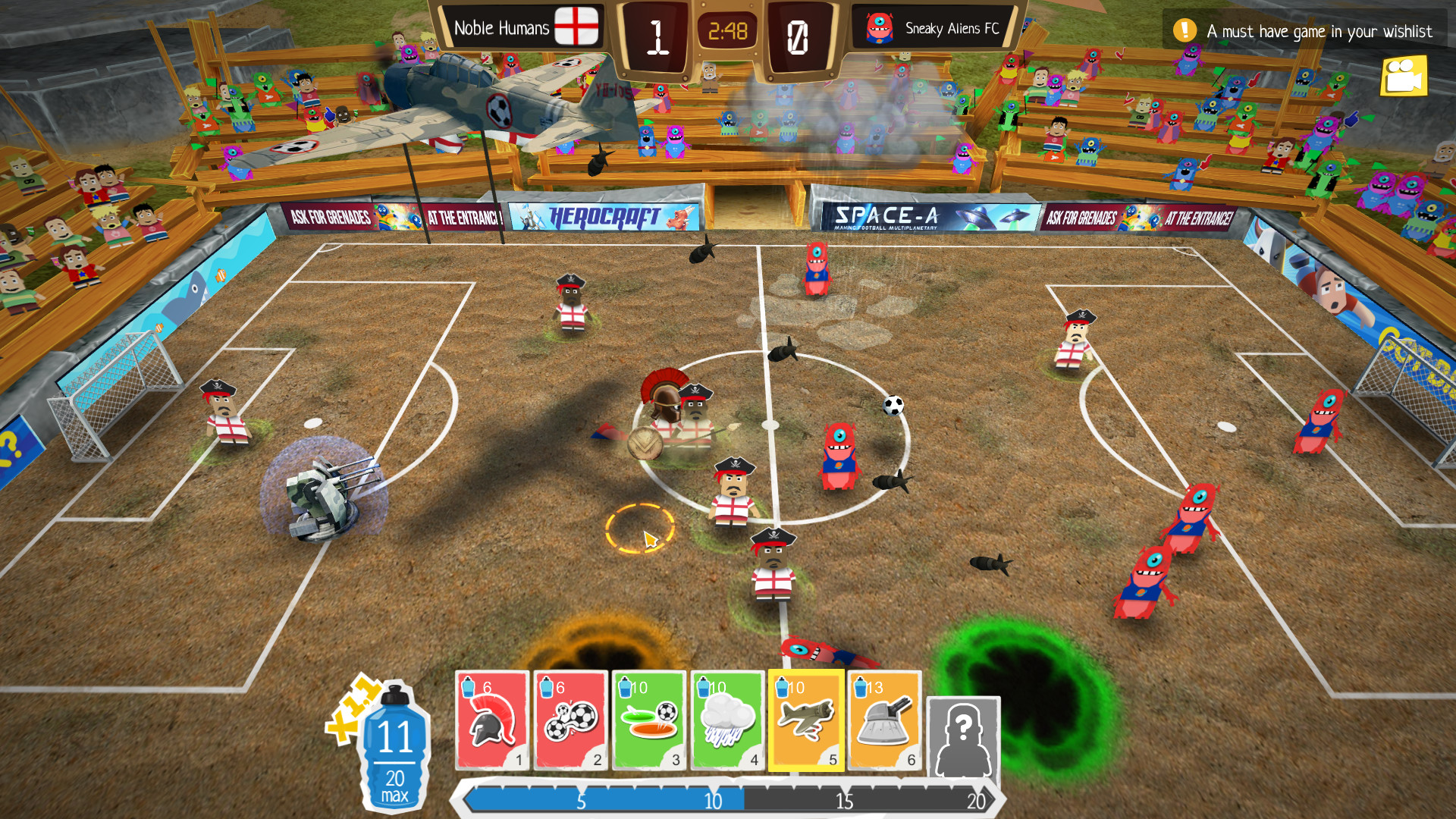 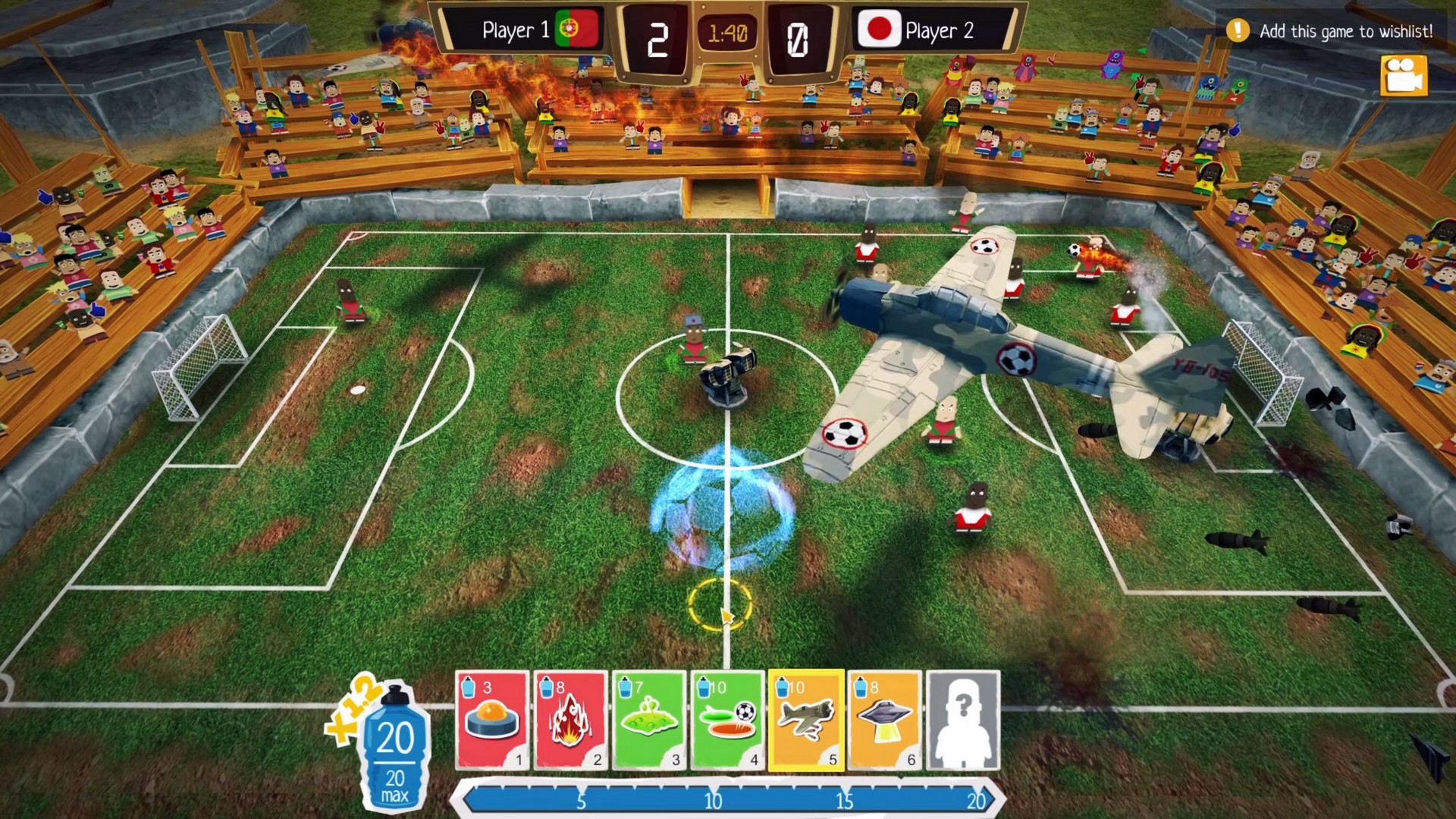 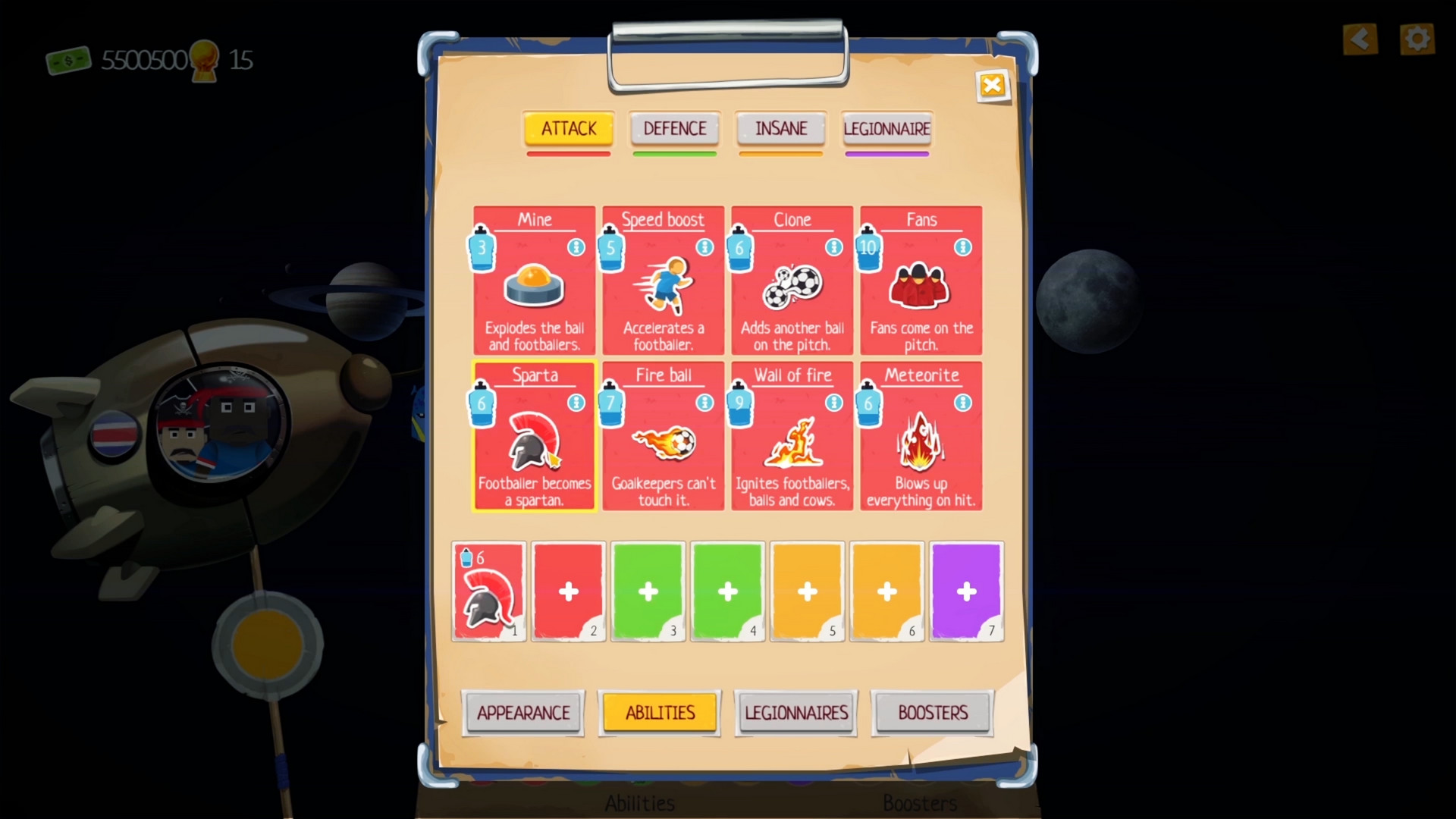 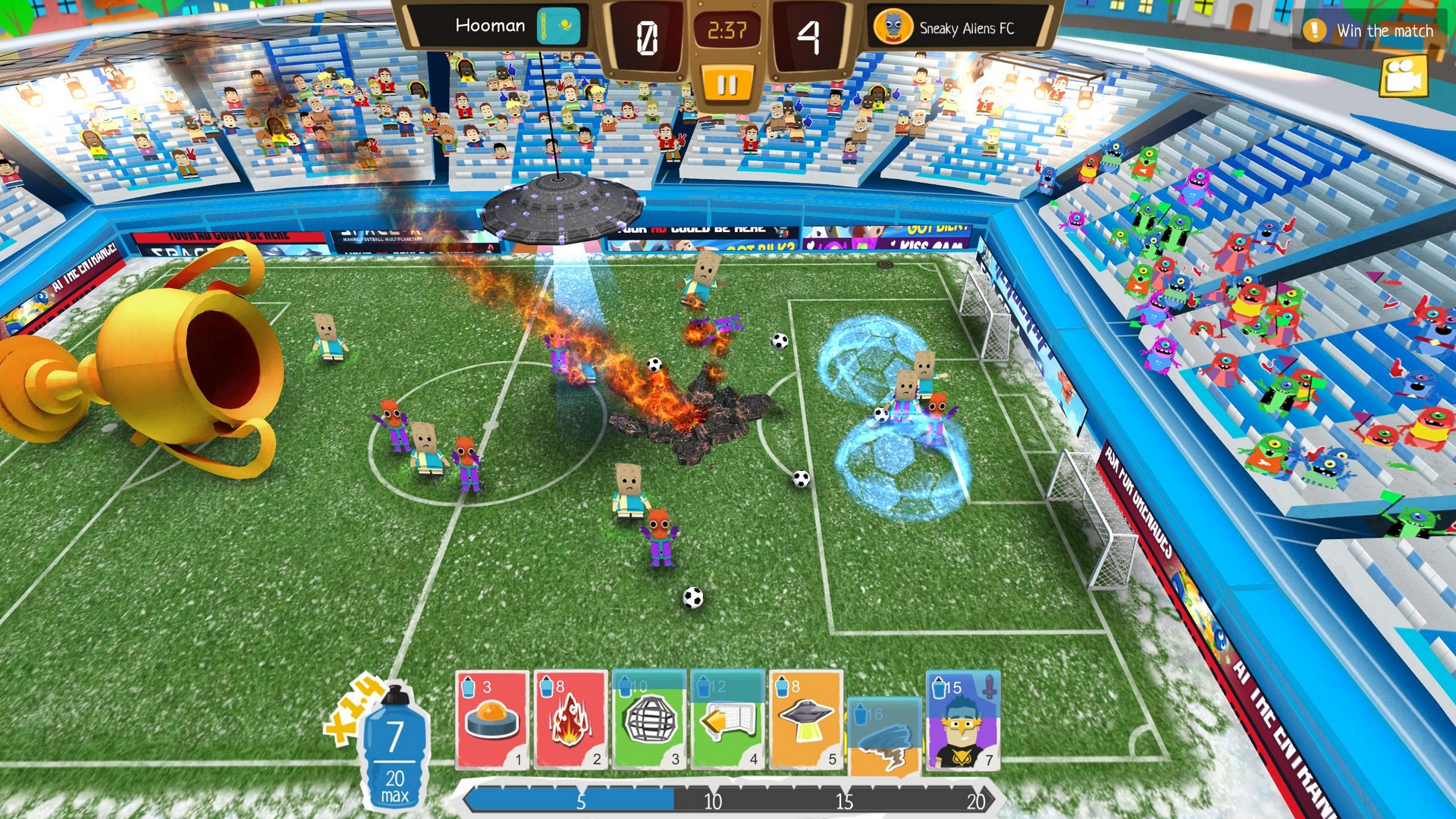 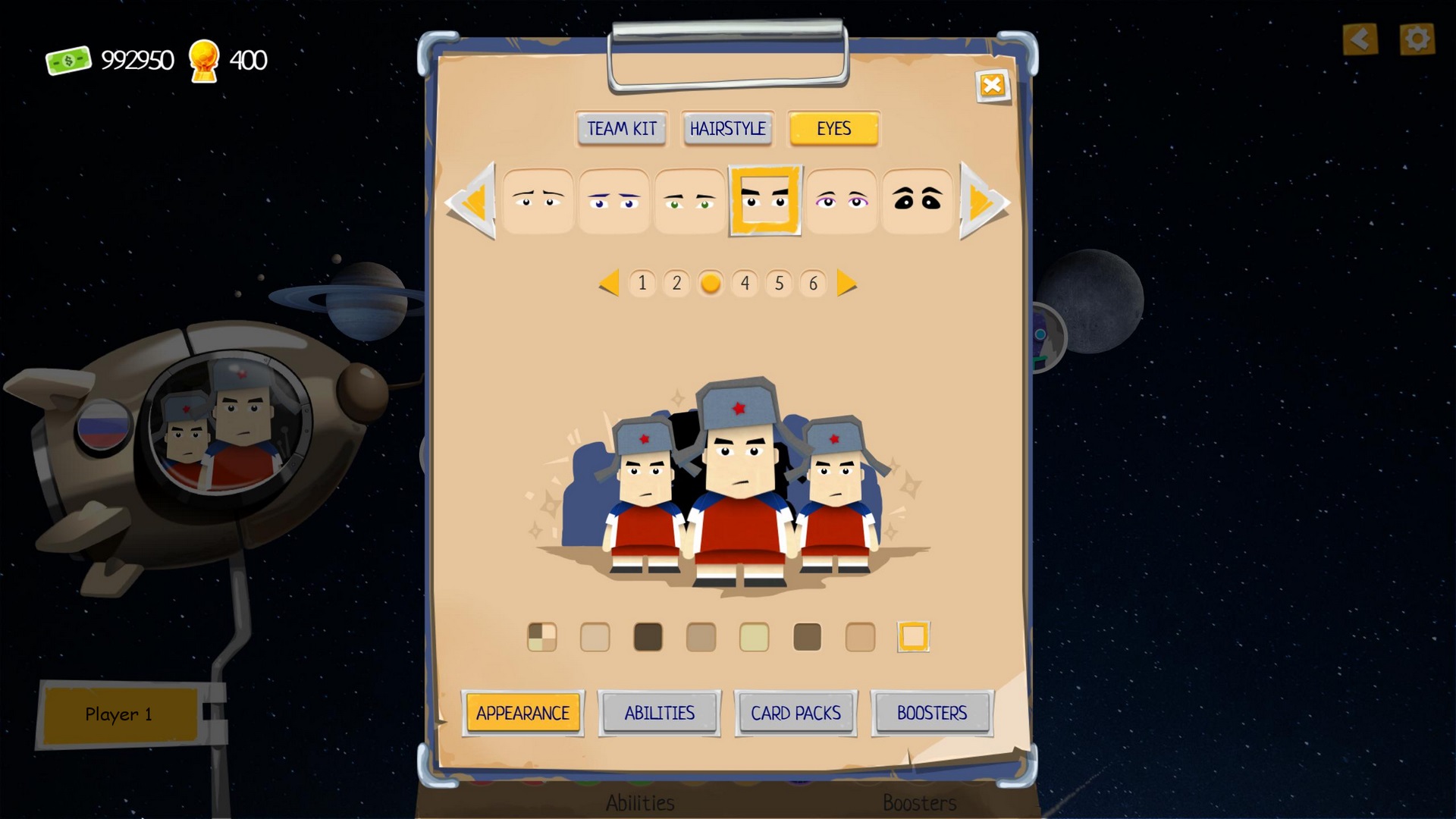 Once earthlings decided to quietly play football, but suddenly aliens arrived, and the World Championship turned into the Championship of the Universe. Now you have to fight with the trained teams of aliens at the intergalactic level. And we must give everything in full, because the fate of the entire planet is at stake!

Crazy Soccer is fast (up to five minutes), intense matches between the most unusual teams you can imagine. Englishmen in top hats? Severe blondes? Burning cows or screaming Spartans? Customization of the team allows you to create the most unexpected combinations. But the newly created team cannot cope with the victory in the Galactic Championship itself: launch a meteor shower on the field, use mines and legionnaires with rare abilities, or lock the goalkeeper of the enemy team in a cage - all for the sake of victory! from famous video bloggers like PewDiePie. In the updated version, we added improved graphics, abilities, new locations, opponents and much more. The game is great for playing games with friends and random opponents online. Can you become the winner of the World League?

Career mode with different planets and FOREIGNERS;
Three types of abilities to interfere with the enemy: defensive, attacking and ... MADNESS!
Characters with corona techniques;
Quick saturated matches;
Customization of the appearance of the team;
Multiplayer mode with leagues.