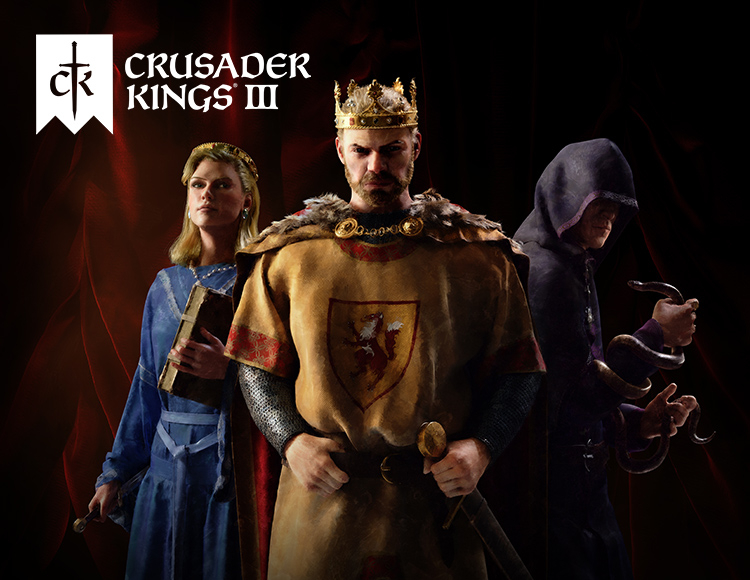 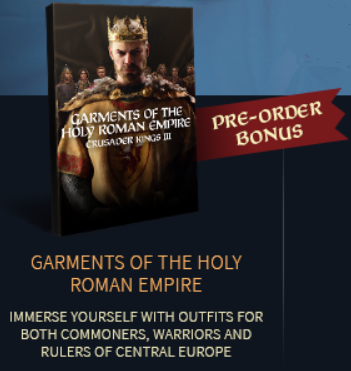 You buy the official activation key for the game CRUSADER KINGS III ROYAL EDITION. After the first purchase, you get a discount on all subsequent purchases of our products.

You will receive the game key Instantly after payment in a window that will open after the payment is made, as well as a link to the page with the key will come to your e-mail specified at purchase.

Paradox Development Studio presents the sequel to one of the most popular strategy games in history. Crusader Kings III will be the successor to our long tradition of historical strategy, with many new ways to ensure the prosperity of their family.

History:
• Choose a royal or simply noble family from one of many countries - the new map stretches from Iceland to India and from the Arctic Circle to Central Africa.
• Lead your dynasty through the ages and provide the representatives of every generation with security and power. Expand ownership and transfer new titles to heirs.
• Show piety and enlist the support of God-fearing monarchs, or create your own religion and earn eternal glory - or be eternally damned.
• Knights, peasant uprisings, pilgrimages, Viking raids ... A dramatic and magnificent Middle Ages awaits you.

- One of the three buyers in a random order, who left positive feedback after purchasing the game, can receive an activation key for the gift game. Which one you will find out after receiving the key.
- To receive a gift, you must leave a positive review and add a request to receive a gift to it (Keys are sent out approximately within 48 hours from the moment the review was written).
- The gift will be received by one of the three who wish, and not absolutely everyone.
- After writing a positive review, you automatically agree to the above conditions.