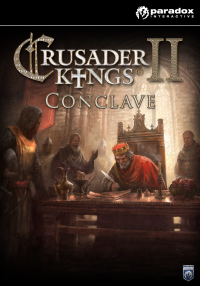 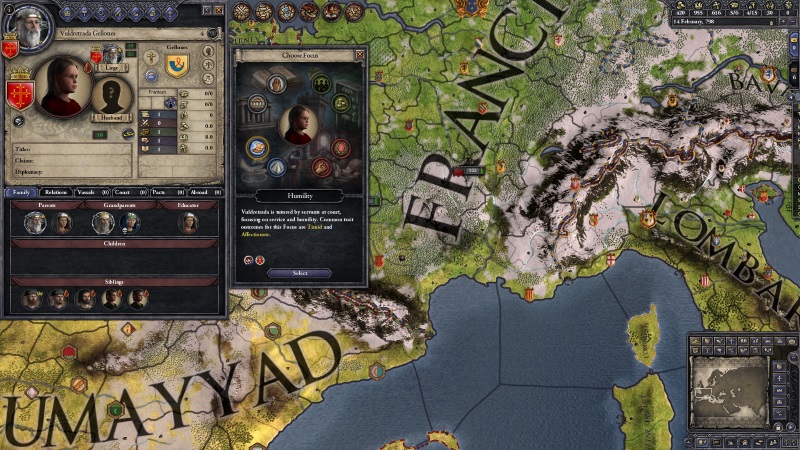 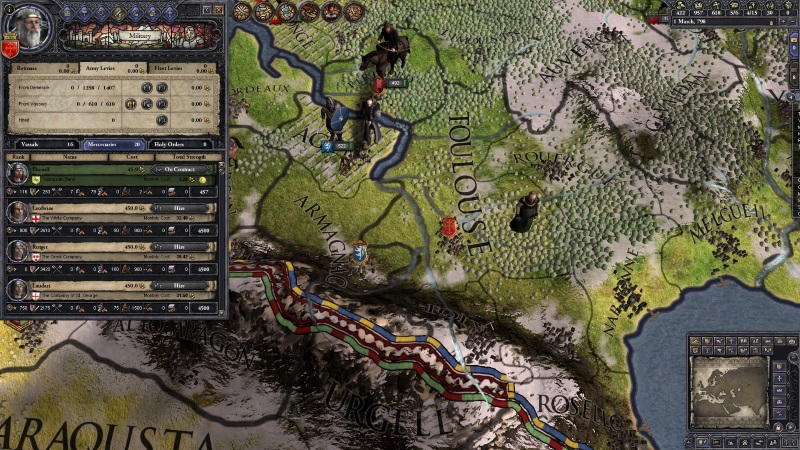 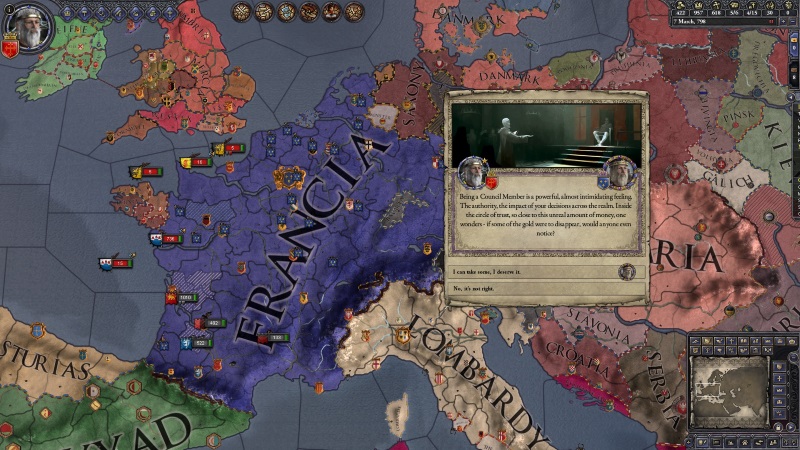 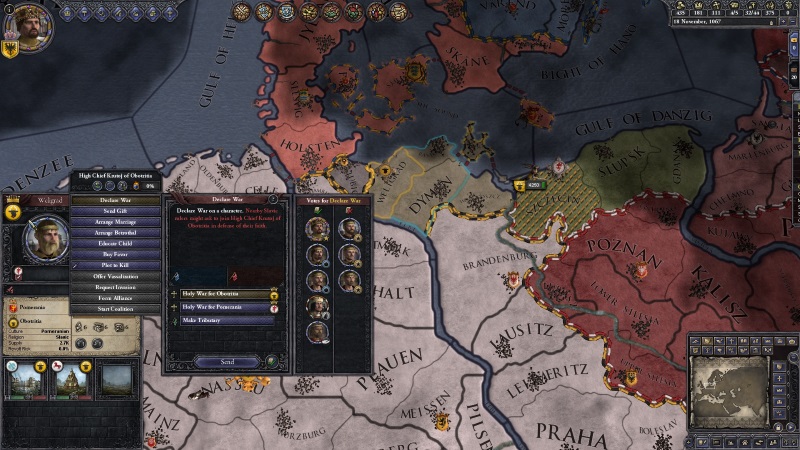 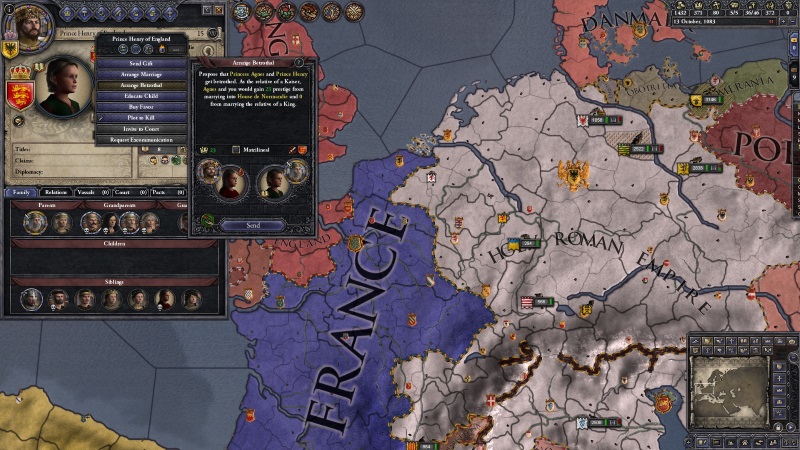 Conclave, the latest large-scale addition to the game Crusader Kings II, will give vassals more influence over you, since the council governing the kingdom is now closely watching your reign. Influential graphs, regardless of their competence, will demand a place inside the council, and those who do not fall into it will most likely start conspiring against you. If your advice is loyal, you will be able to avoid civil war and unnecessary wiles. But ignore their interests, and you will have to deal with squabbles within the council and the inevitable bloodshed. Use your negotiator skills and military power wisely to keep your dynasty strong!

Game features:
Councils can vote for changes to the laws of the kingdom, or you can try to limit their power and influence.
Revised training system for royal offspring, with new abilities and events created for the period of maturation.
The new diplomatic system, headed by military alliances and non-aggression pacts, as well as the possibility of coalitions.
An improved model of combat is highly dependent on the morale of your subjects, as well as new rules for mercenaries.