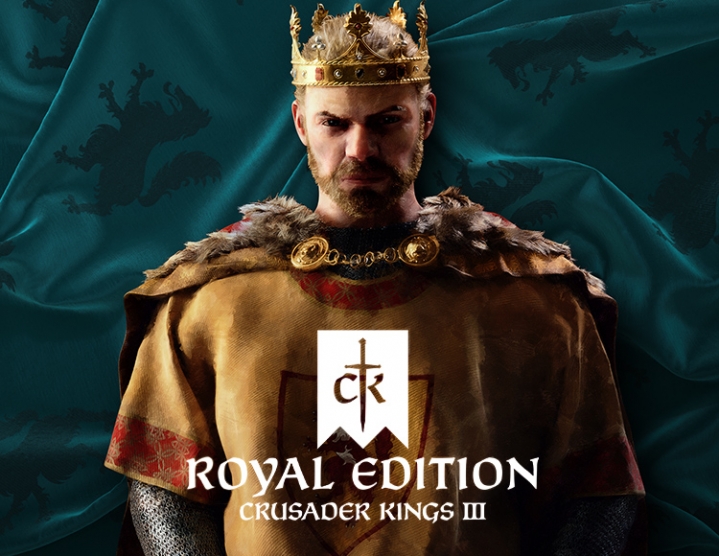 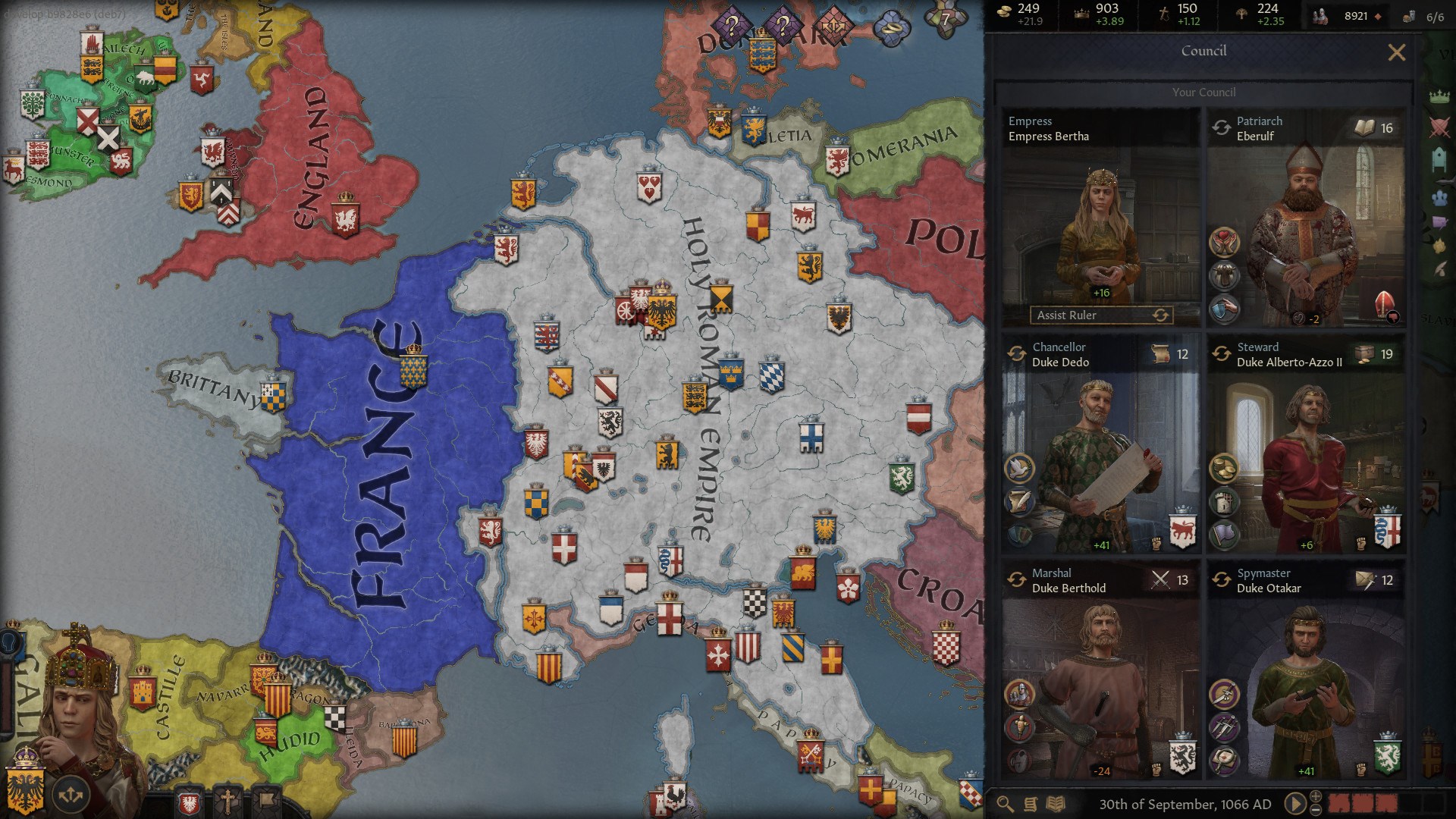 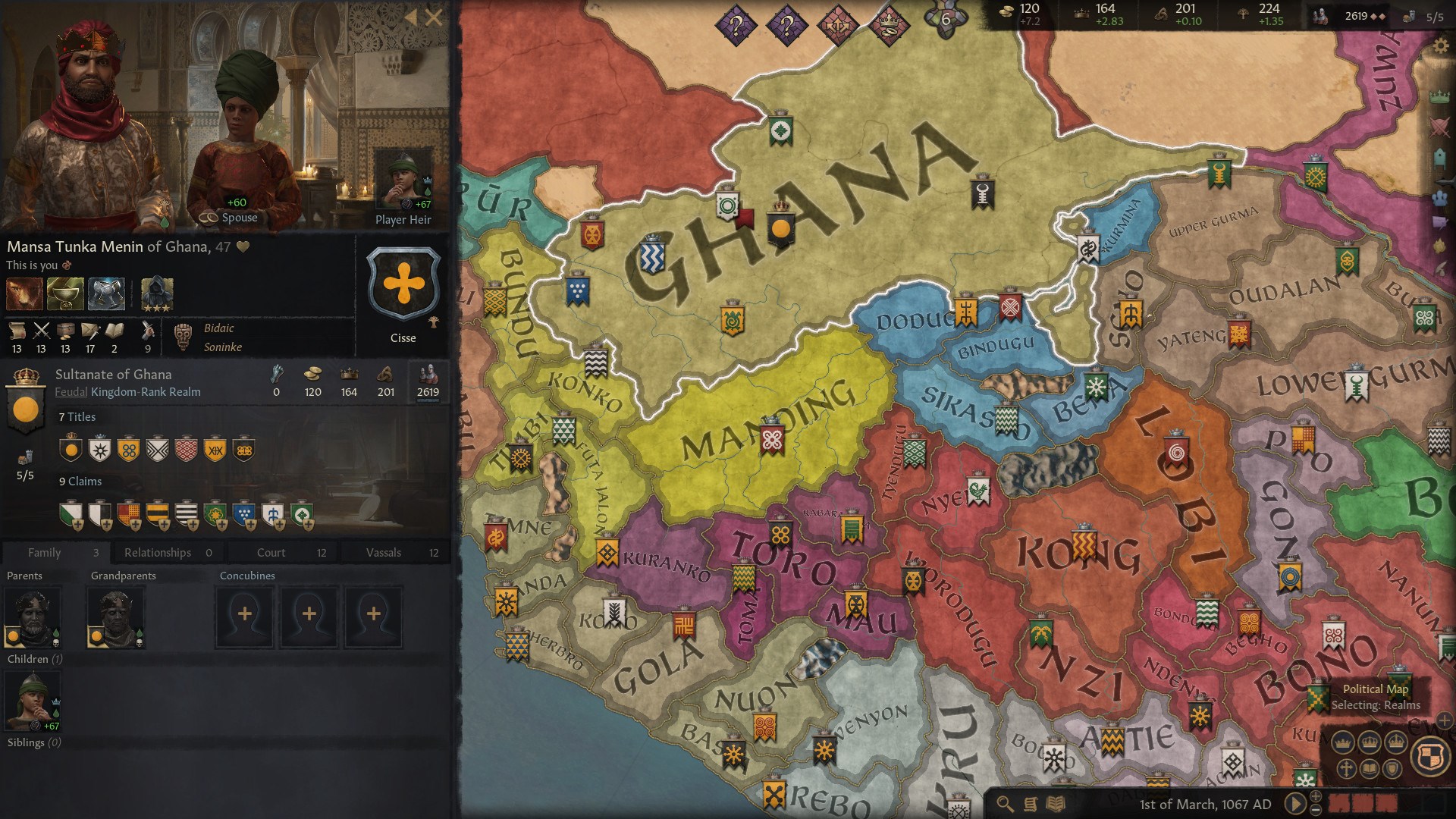 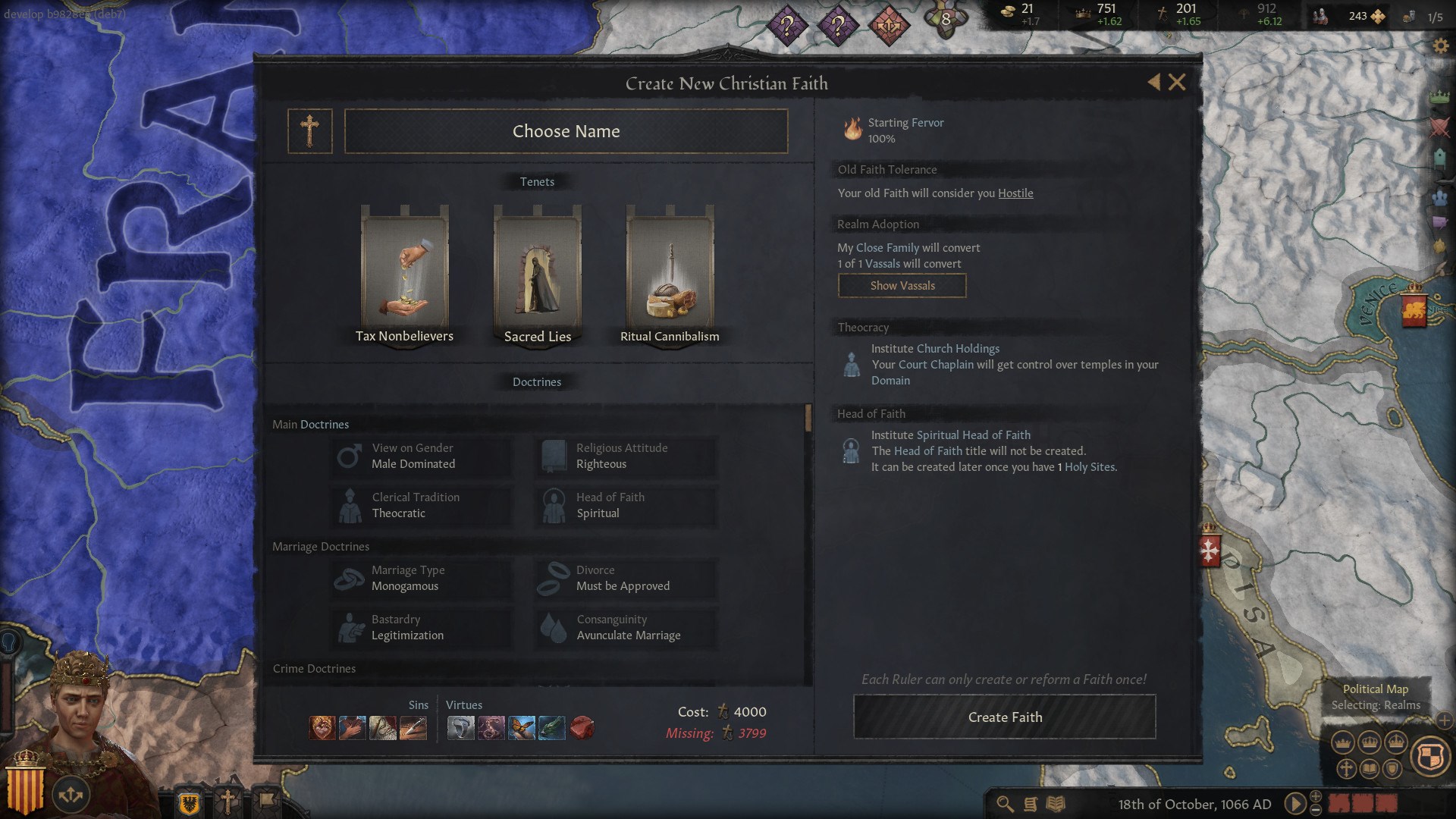 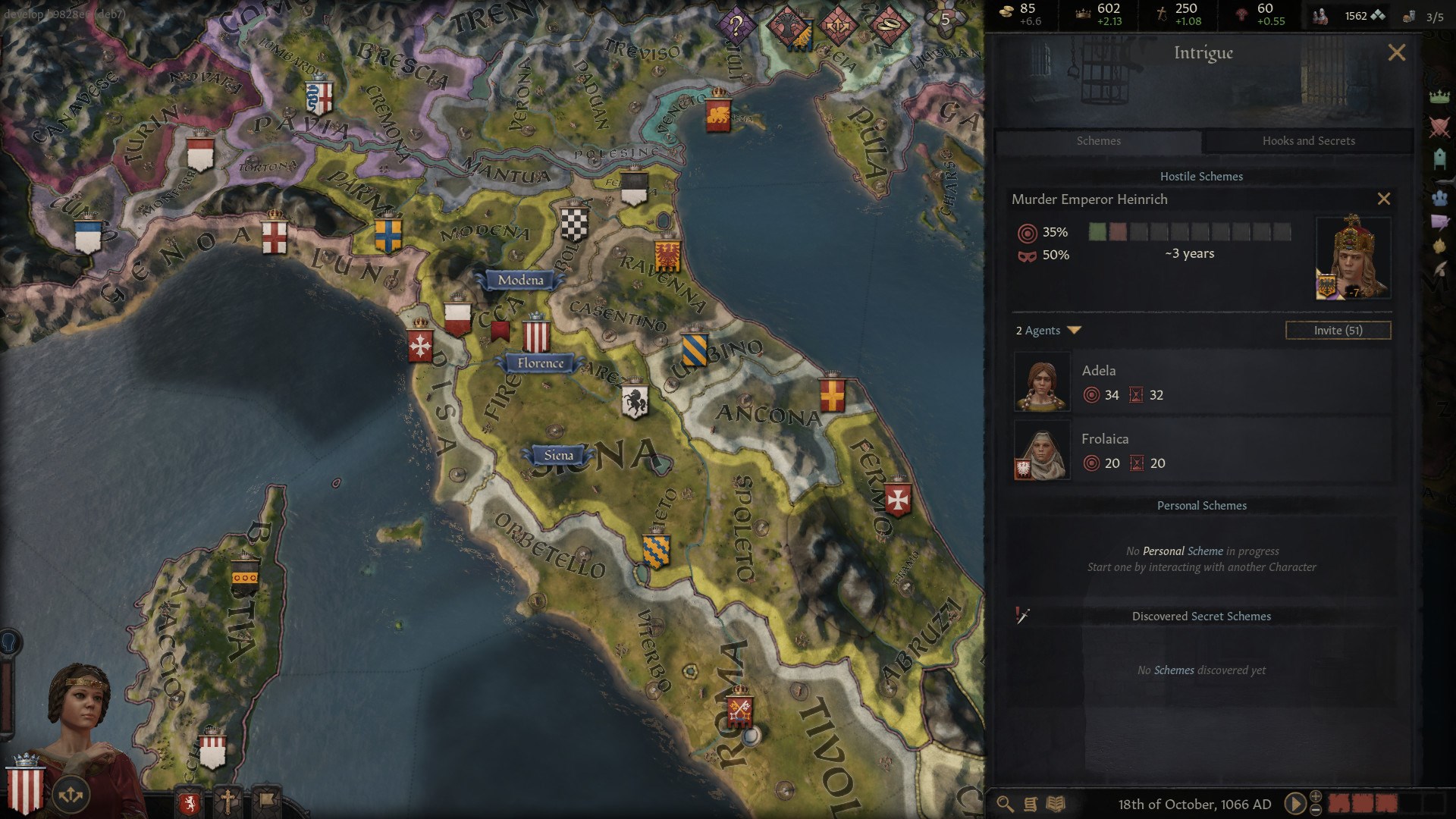 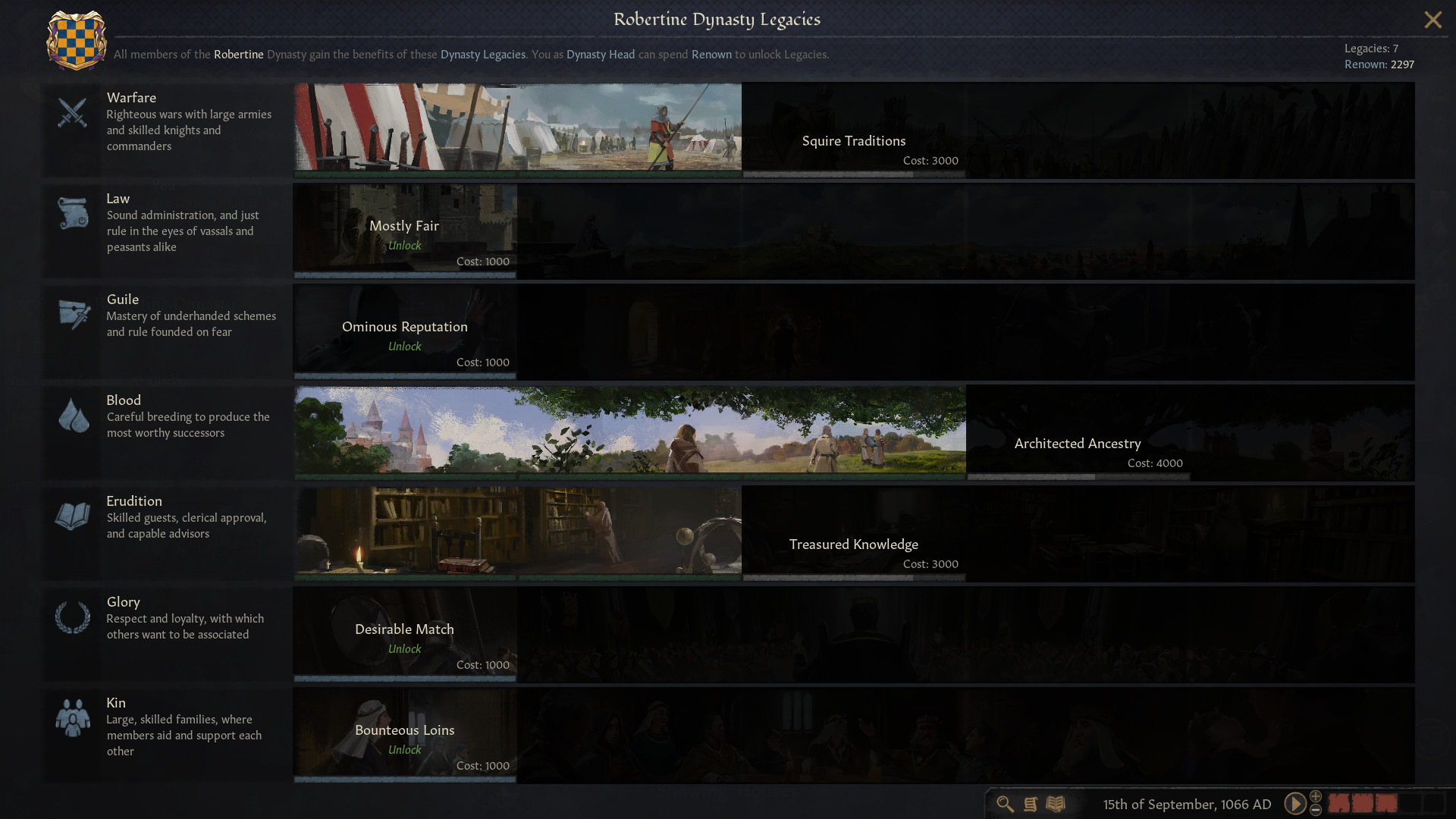 Description:
Royal Edition
for Crusader Kings III - the perfect choice for ambitious aristocrats who want to found a dynasty for centuries. Includes Crusader Kings III, the Expansion Pass with the first three expansions in order of release, and the Fashion of the Abbasid Court bonus cosmetic set. Paradox Development Studio is the sequel to one of the most popular strategy games in history. Crusader Kings III will be the successor to our long tradition of historical strategy, with many new ways to ensure the prosperity of their family.
Choose a royal or simply noble family from one of many countries - the new map stretches from Iceland to India and from the Arctic Circle to Central Africa.
Lead your dynasty through the ages and provide the representatives of every generation with security and power. Expand ownership and transfer new titles to heirs.
Show piety and enlist the support of God-fearing monarchs, or create your own religion and earn eternal glory - or be eternally damned.
Knights, peasant uprisings, pilgrimages, Viking raids ... a dramatic and magnificent medieval era awaits you.
Characters
Choose one of five lifestyles and improve in military affairs or government.
Develop personality traits that will influence your behavior and think three times before going against your own nature! Denying who you are is stressful and can cost you dearly!
Choose suitable mentors for your heirs or educate them yourself. By the way, what will you do if the legal heir leaves a lot to be desired?
Violent characters can gain a sinister reputation and seek submission from timid vassals through fear.
Wars
Recruit recruits and hire strong knights to gather a powerful army.
Explore new technologies to enhance the financial well-being and military might of your state.
Wage large-scale wars with mercenaries and holy orders.
Increase your income by demanding ransom for valuable prisoners and by plundering neighboring lands.
Intrigue
Uncover conspiracies against your dynasty and yourself with the help of the head of the spy service.
Hired agents will help undermine the situation and even kill those who stand between you and the authorities.
Seduce other characters for love or influence.
The collected information will help out if necessary, blackmail, and those whom you once went to meet, will help to implement an important plan.