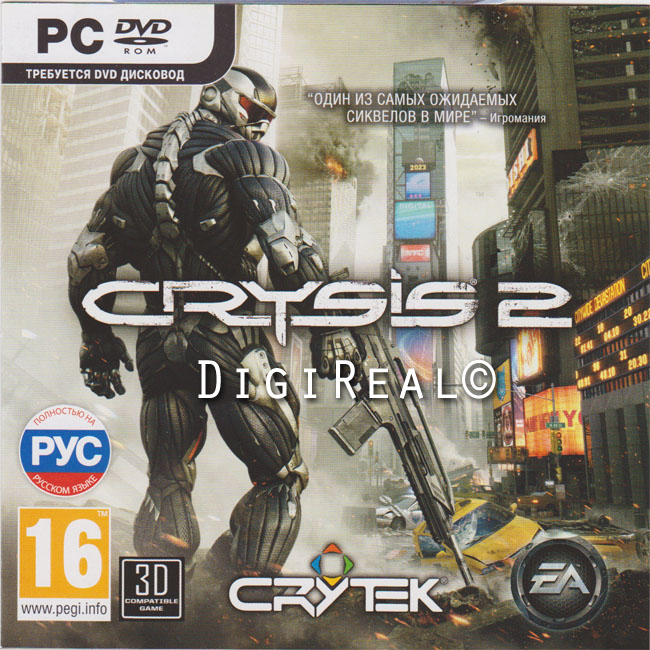 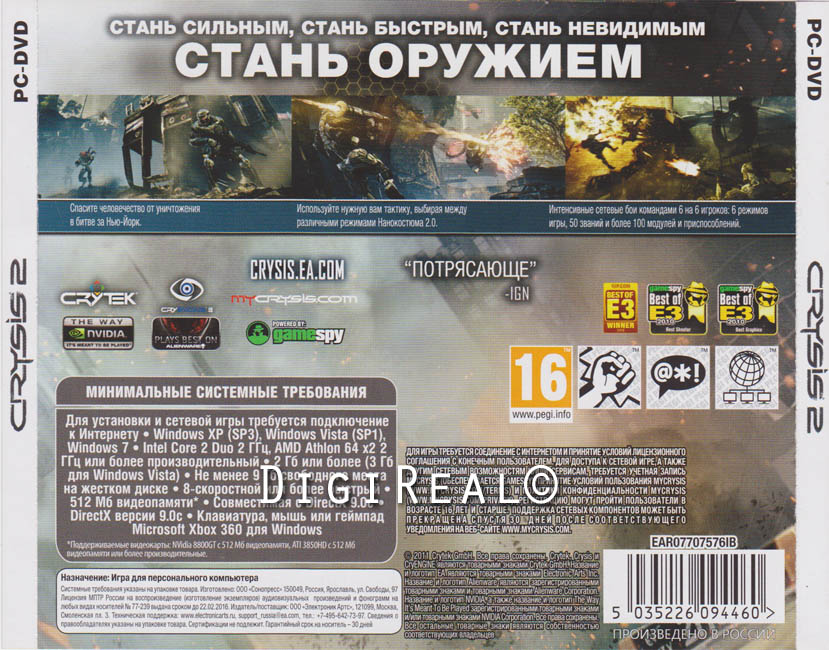 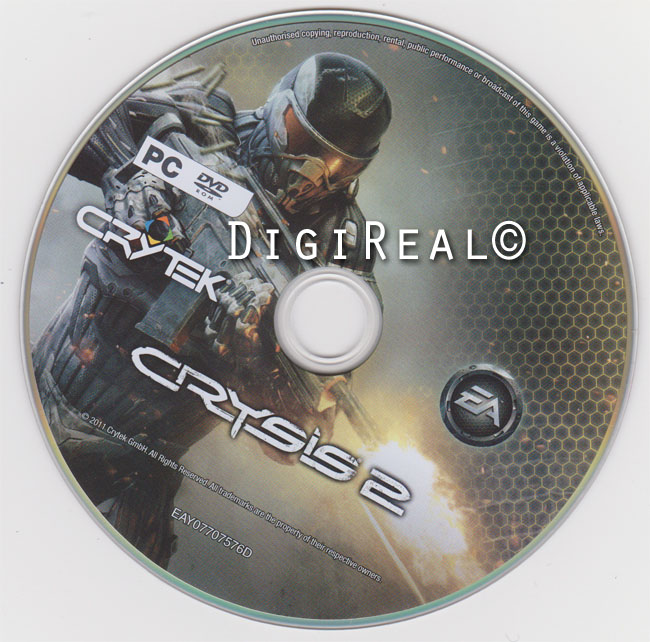 Uploaded: 18.11.2012
Content: p1540792.jpg 41,21 kB
Loyalty discount! If the total amount of your purchases from the seller DigiReal more than:
If you want to know your discount rate, please provide your email:

Instant delivery!
Activation Key from the box with the game Crysis 2 (standard edition) from the company to activate EA in EA Downloader.

The world shook series of environmental disasters, and mankind is on the verge of extinction. Aliens have returned, determined to wipe people off the face of the earth and started at the same time with one of the most iconic cities of the earth.

New York streets flooded with alien invaders, and the wave of the walking nightmares gradually engulfing the city and its inhabitants. Urban communication systems are destroyed, the buildings are in ruins. This New York City you've ever seen.

Neither law enforcement organizations, nor the US military machine can not cope with the invaders, and all who could not escape in time, are already dead. To survive in this chaos, you need the technology, about which neither the earth's soldiers also have no idea.

One person will inherit something that will help him survive. One super-soldiers, armed and equipped with the latest technologies of the future in Nanosuit 2, take a desperate attempt to save humanity in the streets of New York.

Features:
• New York, New York: at the time the game Crysis asked a fairly high level of quality for computer games. Crysis 2 for PC and game consoles raises the bar to new heights. Welcome to New York.
• Inventive aliens and AI: offers the world's most inventive artificial intelligence with the possibility of coordinating the behavior of whole groups of characters and realistic responses to your actions.
• Nanosuit 2: change the battle tactics in real time, adjusting your Nanosuit and weapons, and your super-soldiers will become more and more capacity
• Multiplayer: Now an internationally acclaimed collective action film from the studio Crytek UK every opportunity Nanosuit 2 are available in multiplayer mode. Due to virtually unlimited possibilities of technology Nanosuit battles will become even more interesting and dynamic.

Installation instructions for the game:

1. Download and install the EA Downloader http://eastore.ea.com/eadm
2. Run the EA Downloader.
3. Select the language and the place where the game is installed.
4. Go to the "Activation".
5. Create a new account or select an existing one.
6. Enter a key received after payment, as well as login / e-mail and password of your academic record and click on "Account".
7. After the game activation tab appears with your profile and the list of activated games.
8. Select the name of the game and press "Start".
9. Download and install the game.

\u003cdelivery\u003e The original copy of the key, the license agreement and all copies of the software in its original packaging, you can receive by mail for an additional fee. If you need a box with the game, contact your service \u003c/delivery \u003e