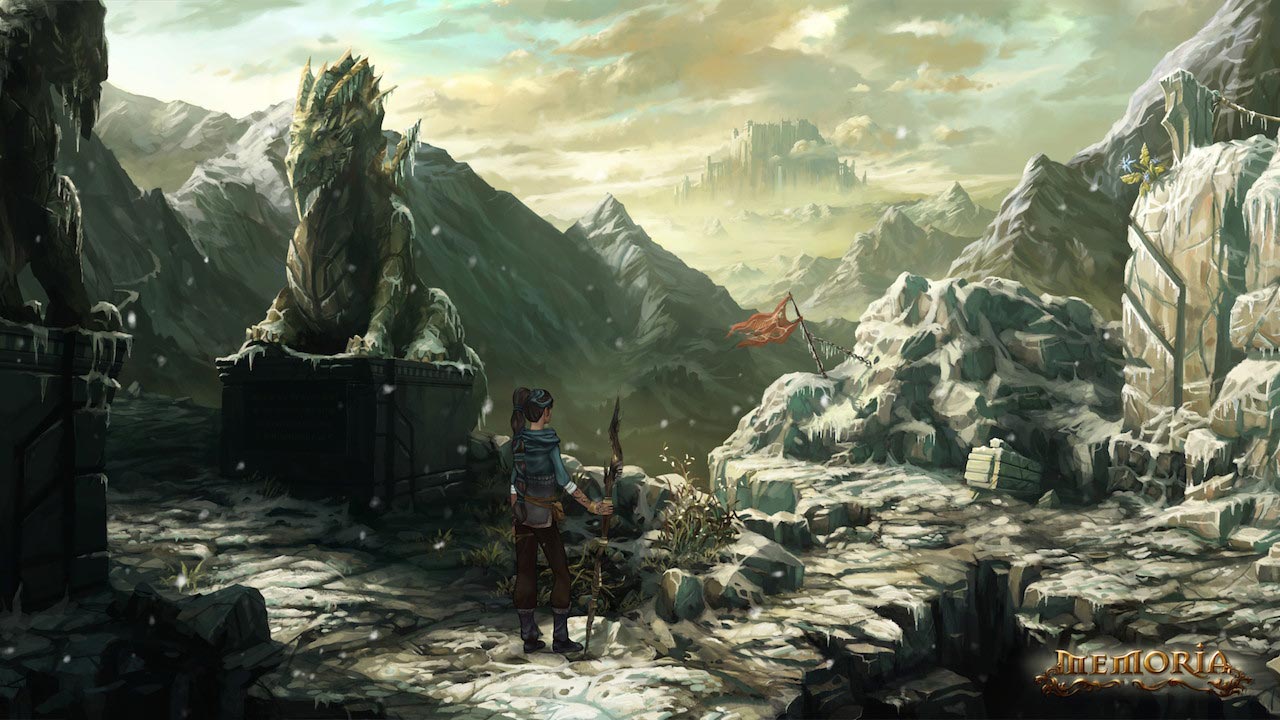 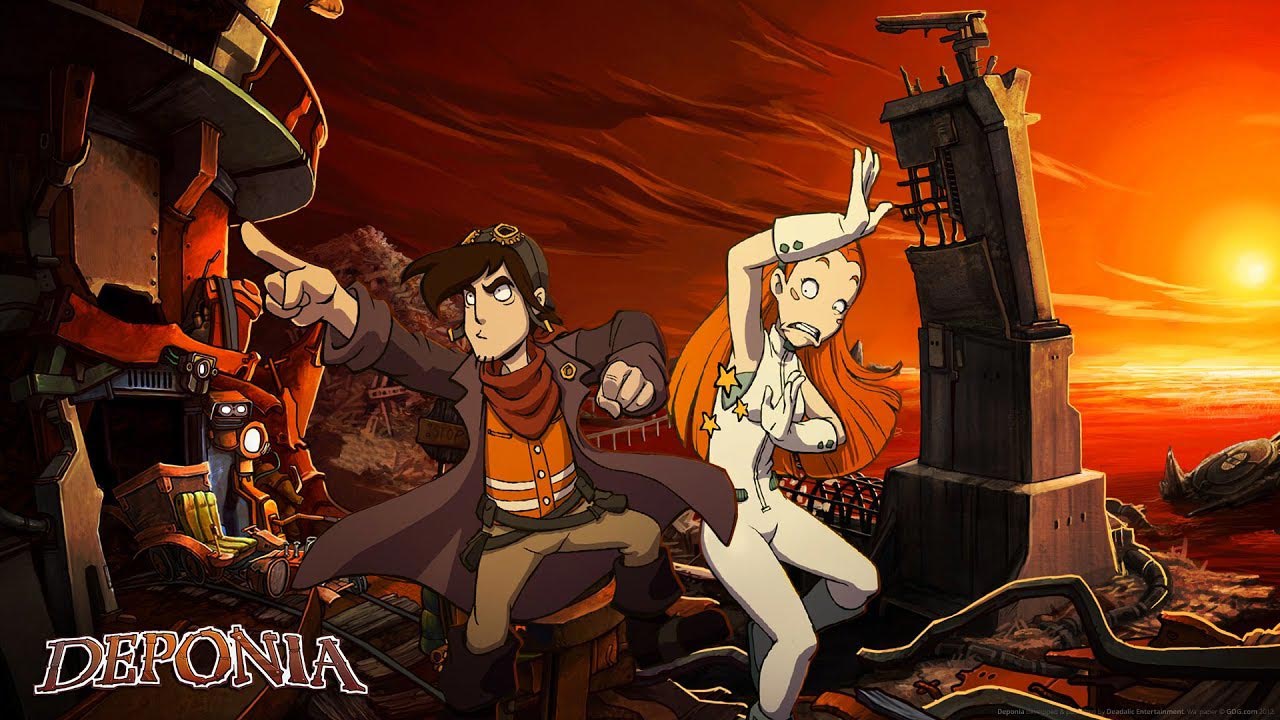 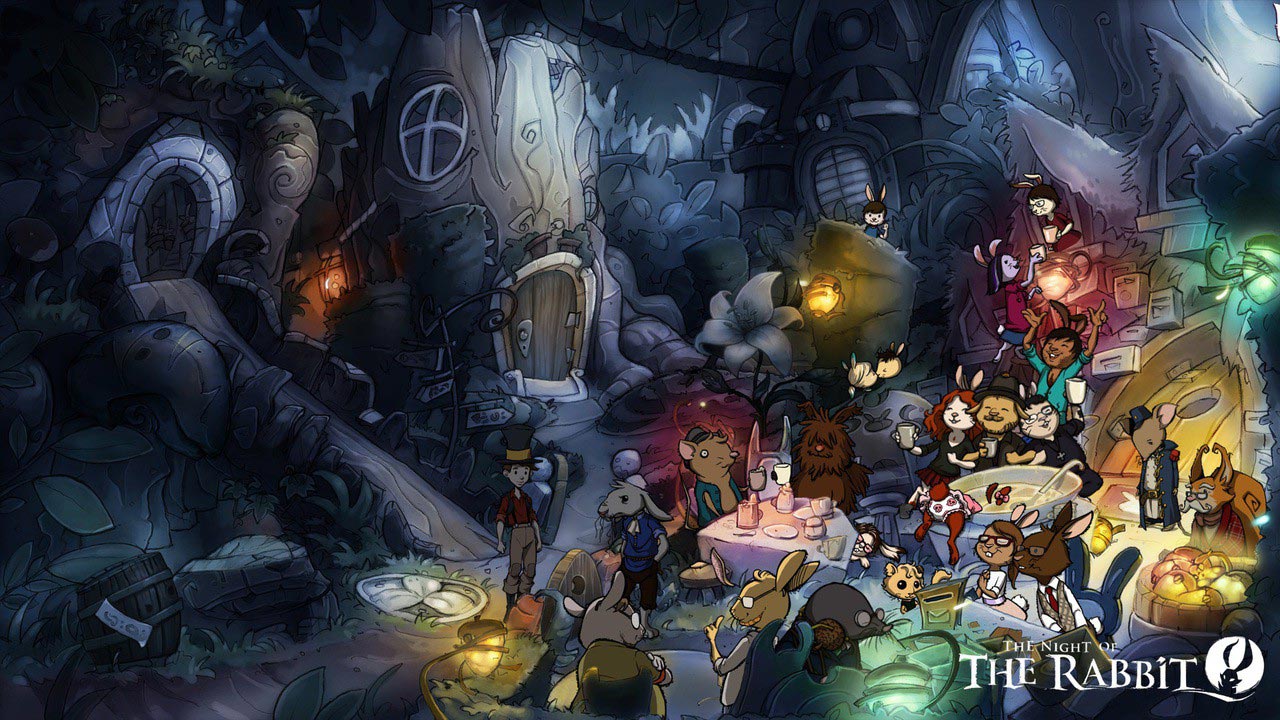 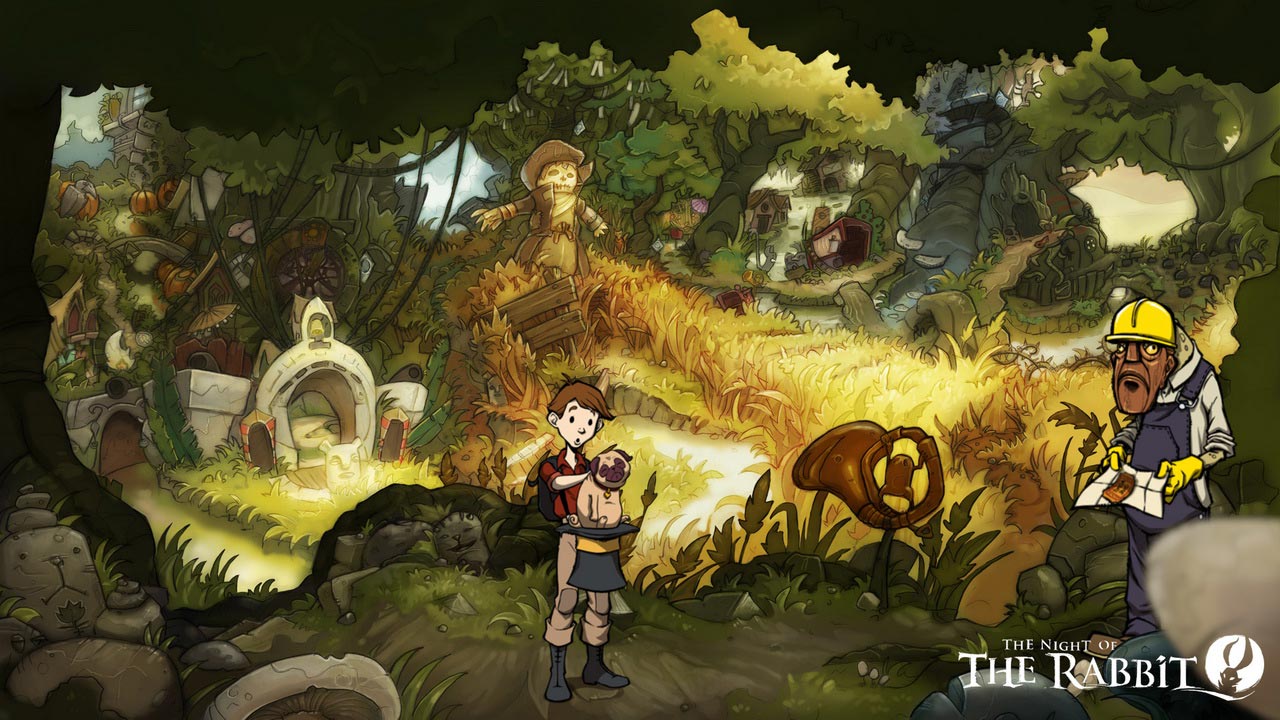 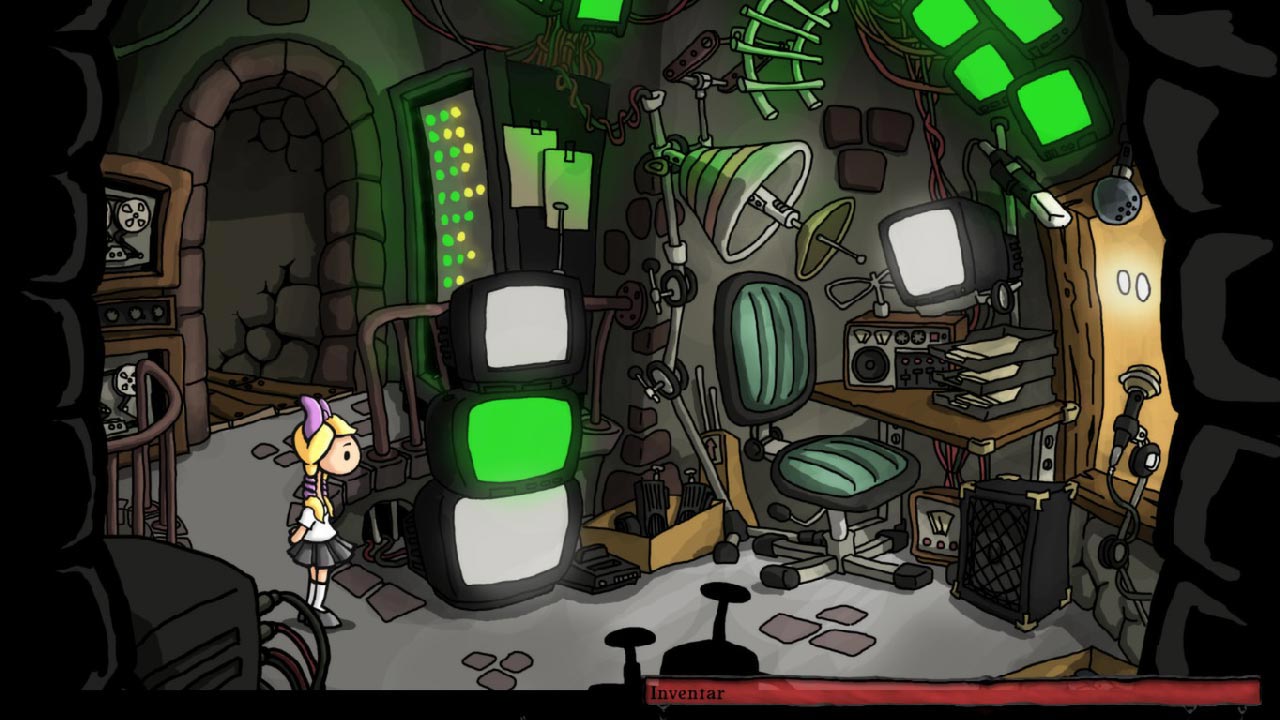 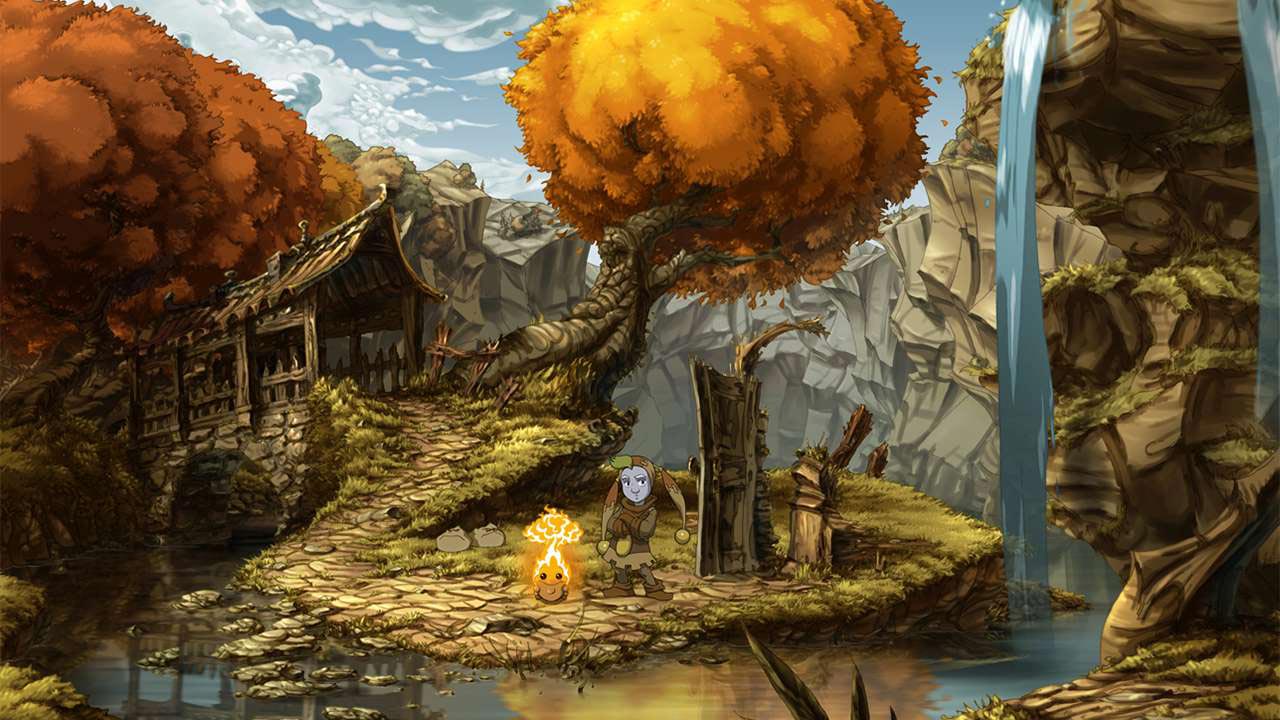 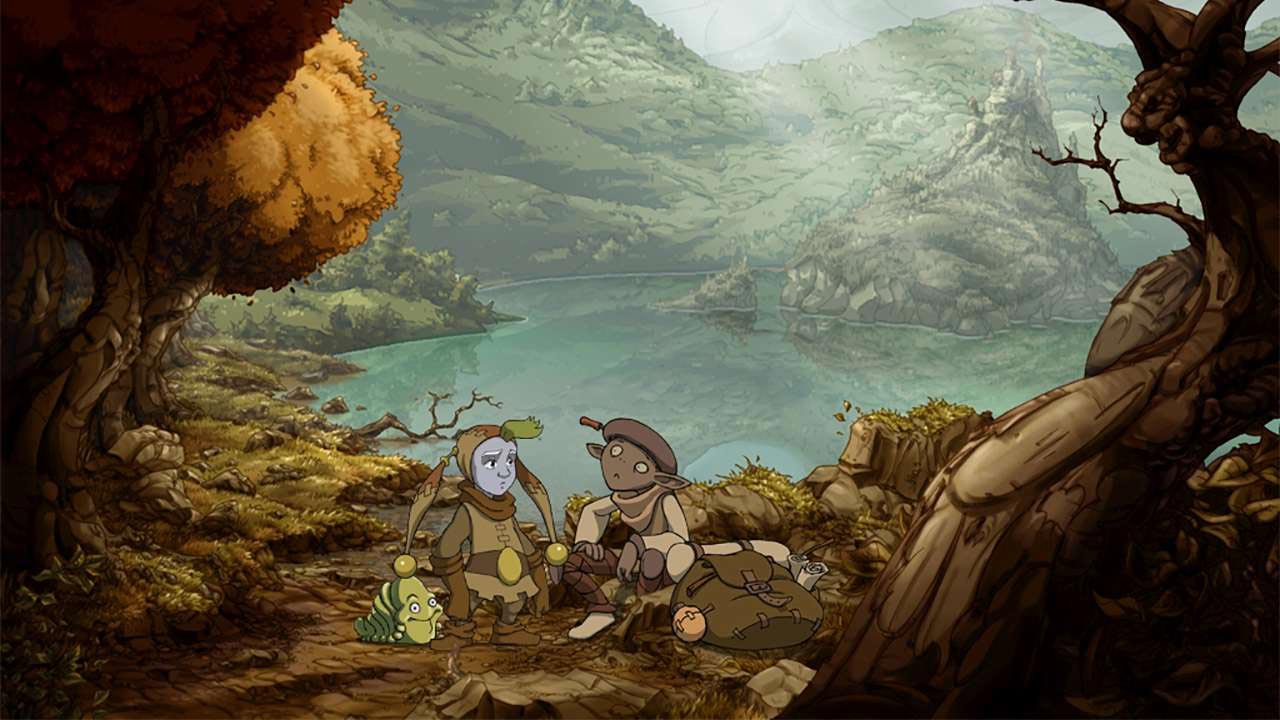 
Deponia
This point & click adventure, the protagonist of which is a nasty, evil and megalomaniac guy named Rufus, who lives on the outskirts of a small village located in a remote corner of the planet polluted Deponiya. He dreams of a better life in one of the richest and most beautiful cities, hovering over the surface of the planet. Another failed attempt to launch themselves into orbit causes it to earth with the heavenly city girl falls. Seeing a chance to get into such a desirable place, Rufus decides to return the girl home.

Edna & Harvey: Harvey´s New Eyes
At first glance, Lilly - the good girl in the world, performing all the tasks with incredible diligence, whether true or not. Her ability to implement foreign orders besprikoslovno combines something tragic and terrifying at the same time. When her best friend named Edna disappears under mysterious circumstances, Lilly decides to make a bold move and go on a dangerous journey. Now she must not only save her friend, but also challenge your subconscious fears.

Memoria
The game will tell us the story of a princess from distant lands Satii Fasara that once dared to battle with the demons in the desert Gori. Its purpose - to enter into the legend - never materialized. Something went wrong and the girl mysteriously disappeared, and her story eventually forgotten. Five centuries later, a young birder Heron meets merchant named Fahy. The merchant promises to remove the spell from Gerona friend Nuri, whose soul is moved into the body of a crow. But everything has its price ...

The Night of the Rabbit
This is another beautiful cartoon adventure from Daedalic Entertainment. So, what is the game? The story is this. There was a twelve year old boy with a funny name of Jerry Hazelnut (Jerry Hazelnut), lived his grieved but not too much, wanted to quietly that ever become a real magician. In general, the most common was a child. But why ordinary? Most do not even have. He dreamed of becoming a magician is so strong that it does not go unnoticed ...

The Whispered World Special Edition
"Whispered World" will enchant you with a variety of animated detail and fantastic characters. Sedwick adventures begin when he chooses to interpret his frequent nightmares. In dreams he pursues a mysterious blue sphere, and the world around is crumbling. Oracle Shahan confirmed his worst fears: it not only predicts the end of the world, but the rumors that it Sedwick will cause them terrible fate. Challenge prophecy and plunge into an adventure like no one else! The special edition includes an exclusive audio commentary by Jan "Pokey" Muller-Michaelis and Marco Hullen, as well as orchestral soundtrack and new gaming achievements.