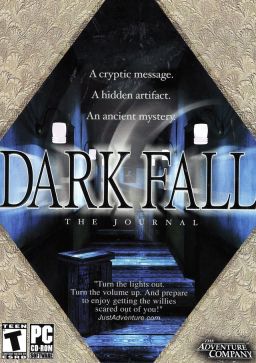 Adventure thriller Resident of Darkness created by one man Jonathan Boaks, which some describe as a genius and is a perfect indie quest.
Features:
• Inventive and imaginative puzzles.
• Gripping story in the best tradition of Hollywood thrillers.
• The gloomy and mysterious atmosphere created by great sound and ambient music.
• More than forty locations and twenty-five hours of gameplay.
So, once you are on the answering machine and alarm vague message from his brother, an architect, who is engaged in the restoration of the old railway station and adjacent to her property. Worried about the fate of a relative, you come to the station and ... find no one there. Neither his brother nor his colleagues, nor staff. But you start to chase the mysterious voice of the boy, strange visions and you realize that here was not without supernatural powers. You start an investigation, during which you learn some interesting facts. First, people are missing for several decades. And secondly, the number of unexplained phenomena in a gloomy hotel exceeds all reasonable standards!
-------------------------------------------------- -----------
Gift it is impossible to give and add to itself in an inventory, only activating on the account.
game (Gift / link) activation is added directly to the library, in the inventory can not be put off ...