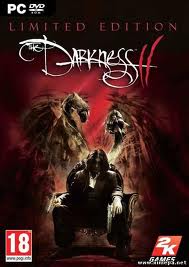 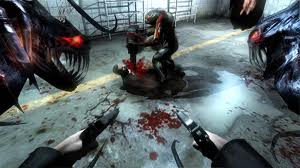 Uploaded: 10.02.2012
Content: text 17 symbols
Loyalty discount! If the total amount of your purchases from the seller GameDiscount more than:
If you want to know your discount rate, please provide your email:

GameDiscount information about the seller and his items
offlineAsk a question

After the purchase, you will immediately receive a license key version of the game The Darkness 2.

The activation key is displayed in the browser games and is sent to you in the mail!

In the continuation of the popular mystical action 2007 players will once again play the role of Jackie Estacado - the head of crime family in New York and the carrier of the ancient force known as the Darkness.
Since the events of The Darkness has been two relatively peaceful years. But after Jackie was assassinated, it re-awakened darkness ... Only after going to the end of the bloody path of vengeance, he finds out who was behind the attack and that it is seeking the hidden strength.

- Chaos comprehensive. Demonic hand allow Jackie smash, grab and throw objects and enemies even without stopping shooting.
- Hostile light. The hero can be used only in the shadow of darkness - light weapons will be his opponents. So players will have to carefully choose the place of battle and use the features of the environment.
- Unique style. The game's plot is based on the popular comic Paul Jenkins - author of graphic stories of "The Incredible Hulk" and "Wolverine" and the visual style reminiscent of movies in the style of noir.

\u003cdelivery\u003e The original copy of the key, the license agreement and all copies of the software in its original packaging, you can receive by mail for an additional fee. If you need a box with the game please contact us. \u003c/delivery\u003e

Activation Key:
1. You need to download and install Steam http://cdn.steampowered.com/download/SteamInstall.msi
2. Register your new account on Steam or go to an existing one.
3. Go to the "My Games" and select "Activate via Steam ...", read and agree to the Steam Subscriber Agreement and enter the key received immediately after the payment.
4. After activating the game appear in the list of games and you can download it from steam.

Boat for the game on the server rpg - club x3