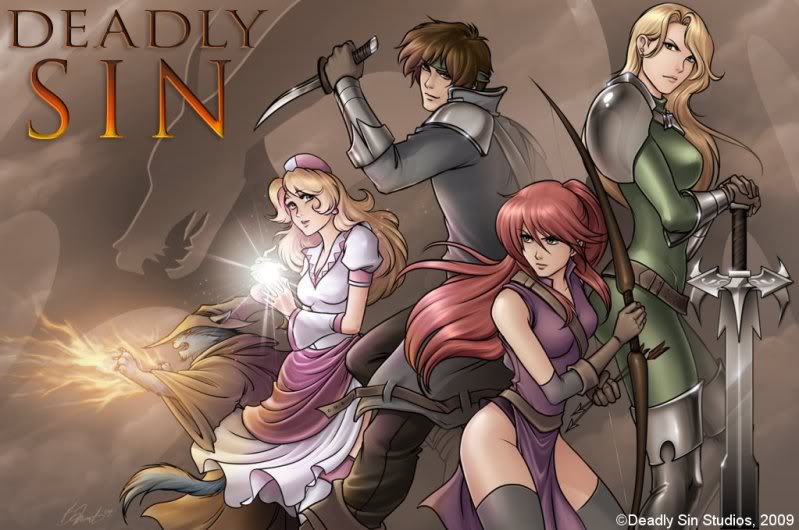 ysyacheletny world collapses from betrayal, political intrigue and war. Play as the hero Karion Iblis Imperial receiver, which the world is increasingly plunged into darkness.

Immerse yourself in the world of warring factions fighting for control of the empire and its people. Take the sword and go with friends on a journey to prepare for the present epic battle for the fate of the world.

In this adventure, Carion face, both external and internal enemies. He will subdue their own people, to repel the invasion of the undead to defeat your demons, find love and defy heaven.

Deadly Sin 2 - epic fantasy RPG for 20-30 hours of playing time. Deadly Sin 2 is a continuation of 1 Deadly Sin, and much like the game series Final Fantasy, a separate product.

★ evolution of the traditional model of battles in RPG-games, including a system of «winner-take-all», as well as new features (speed, shield block, the restoration of health, the size of the inventory)
★ Original soundtrack
★ large number of additional quests
★ Set up any weapon, shield or armor for the head, hands and body, you can buy or find in the game.
★ Integrated skills: Each computer has its own skill tree. Earn points by performing various tasks and use them for pumping ability.
★ You can use a computer mouse for almost everything, including travel. If you do not want to use the mouse in the game, you simply move the cursor off the screen. Press the key combination Alt + Enter to switch to full-screen mode.
-------------------------------------------------- -----------
Gift it is impossible to give and add to itself in an inventory, only activating on the account.
game (Gift / link) activation is added directly to the library, in the inventory can not be put off ...

Activation scylok Humble Bundle
If not installed Steam client, download and install it - http://steampowered.com/download/SteamInstall.msi
• Log in to your Steam account, or register a new one if you have not already have it.
• obtained after the payment link, you must insert into your Internet browser, then go for it.
• Press the "Steam" (It is under the name of the game!).
• Go to the link: "connect to Steam!" and log in to Steam.
(If you have a link that says: "redeemed to this account", then you´re already logged into Steam and the game was added to your profile!)
• The game will be activated on your account Steam, and also appear in the list of games and you can download it.
• Start the game you will be able to immediately after installation.