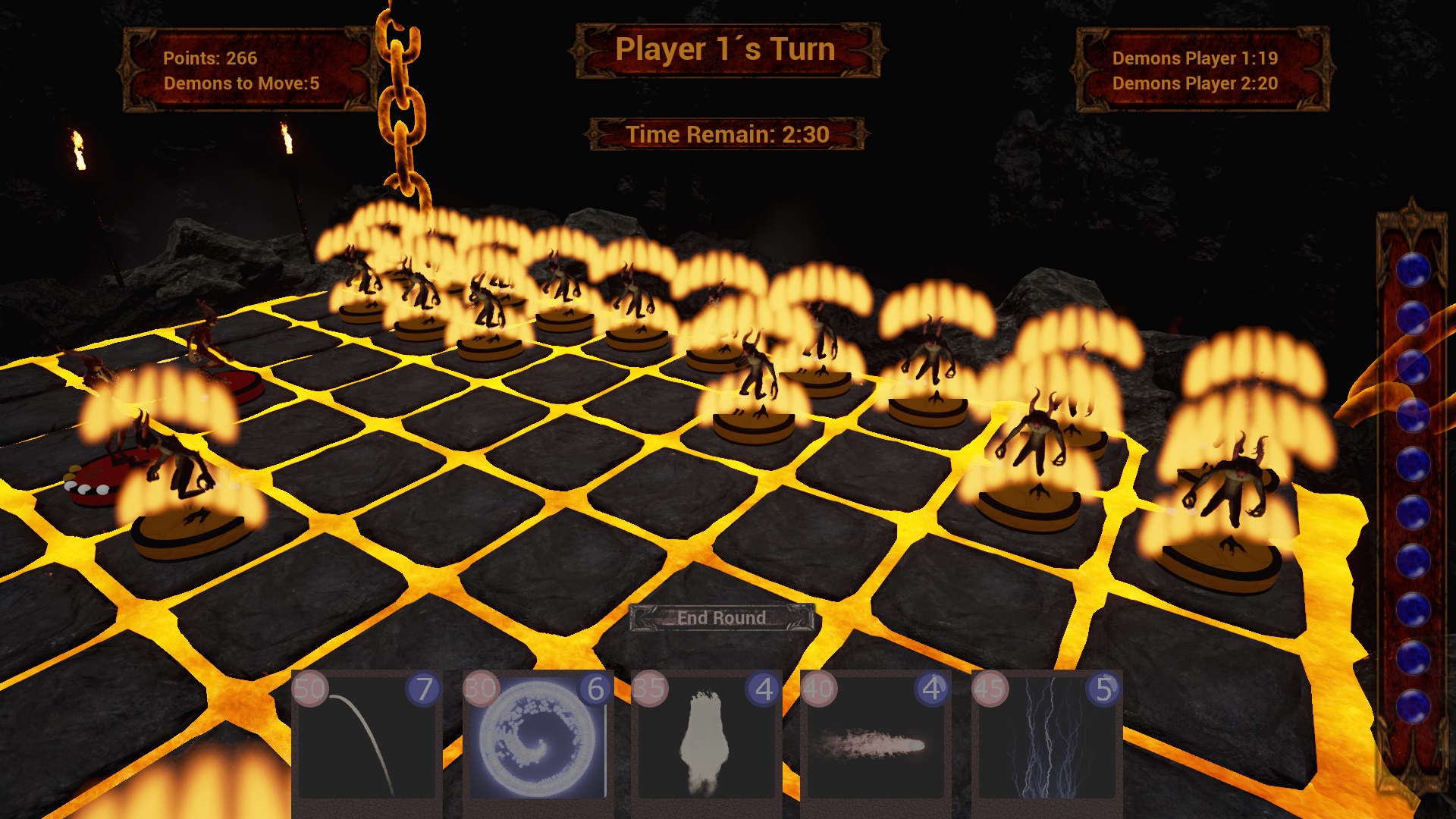 Yeah it´s time, the time every now and than happens every decade. The hell needs a new leader, and what would be better than to choose it with a battle?In Demon Horde Master you fight your opponent in a 1-on-1 strategy card game with your own army of demons through which you cast your powerful magic and defeat your opponent to become the new leader of hell!

But you should decide your steps carefully because your Enemy may have the right spells to counter your tactic and win the match. And you should trust us when we say you don`t want to lose a fight in the depths of hell! On the other side, the lower Demons are always hungry and the losers of the match are a cheap meat source... 45 Magic Cards that holds your power

- Build your Own Deck