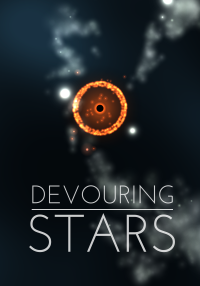 Many games that take place in space limit themselves to a setting with starships, blasters and Star Wars-style history. Devouring Stars is trying to look at the "space" games from the other side, focusing on the frightening beauty and poetry of distant stars, black holes and mysterious corners of our universe. What if you could absorb the stars? What if you could be a galactic creature? Devouring Stars is a space strategy game with exploration and Greek gods. Play as a tribe of godlike creatures trapped in Tartarus, a part of the universe located as deeper than Hell as Paradise is far from the earth. Pursued by four other tribes, you are given the power to write your own destiny. But will it work out? Thanks to unique game mechanics, the game Devouring Stars opens up a new look at real-time strategy and space exploration. Use the ability to absorb stars, creating a dynamic nebula for protection. In this game there are no trees of technology and bases, your creatures are able to unite to create advanced units with special abilities. Depending on what creatures you start the game with, you will have access to various abilities and capabilities that will evolve as you progress through the game. Devouring Stars is largely inspired by the Dan Simmonzav Ilyon novel, as well as games such as Homeworld, Eufloria, Starcraft and Faster Than Light.

Game features:
Unlock 15 advanced creatures by combining the four basic elements (earth, water, fire, and water). Each advanced unit has a special ability, such as freezing, mind control, etc.
Randomly generated star battlefields and scenarios will not let you get bored.
Attacks, retreats and sabotage. The game can go in a variety of ways depending on your strategy, creatures and enemies.
Four enemy tribes, each with their own abilities and behavior.
A unique particle system allows you to display thousands of dynamic stars.
Well hidden secrets.