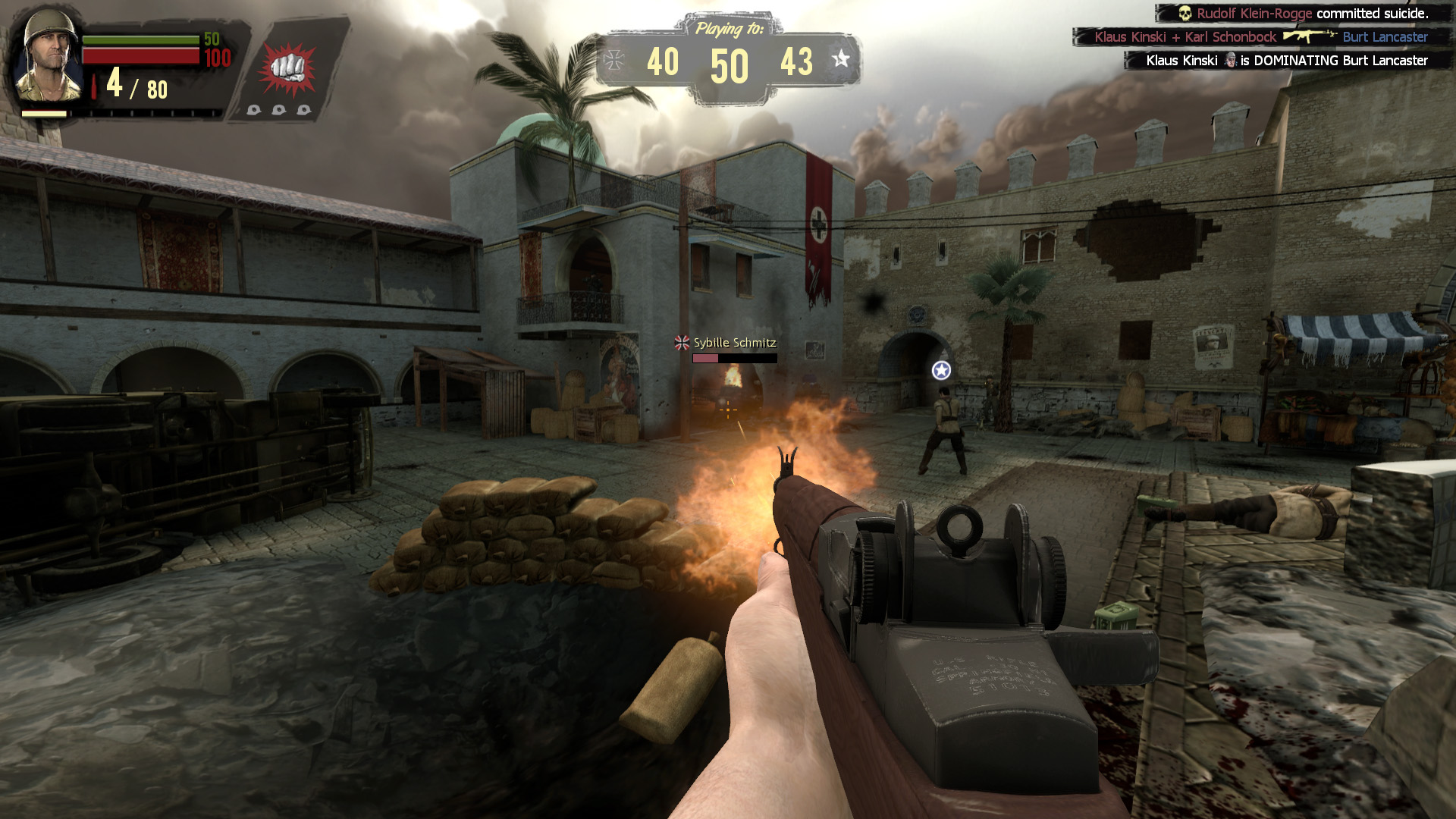 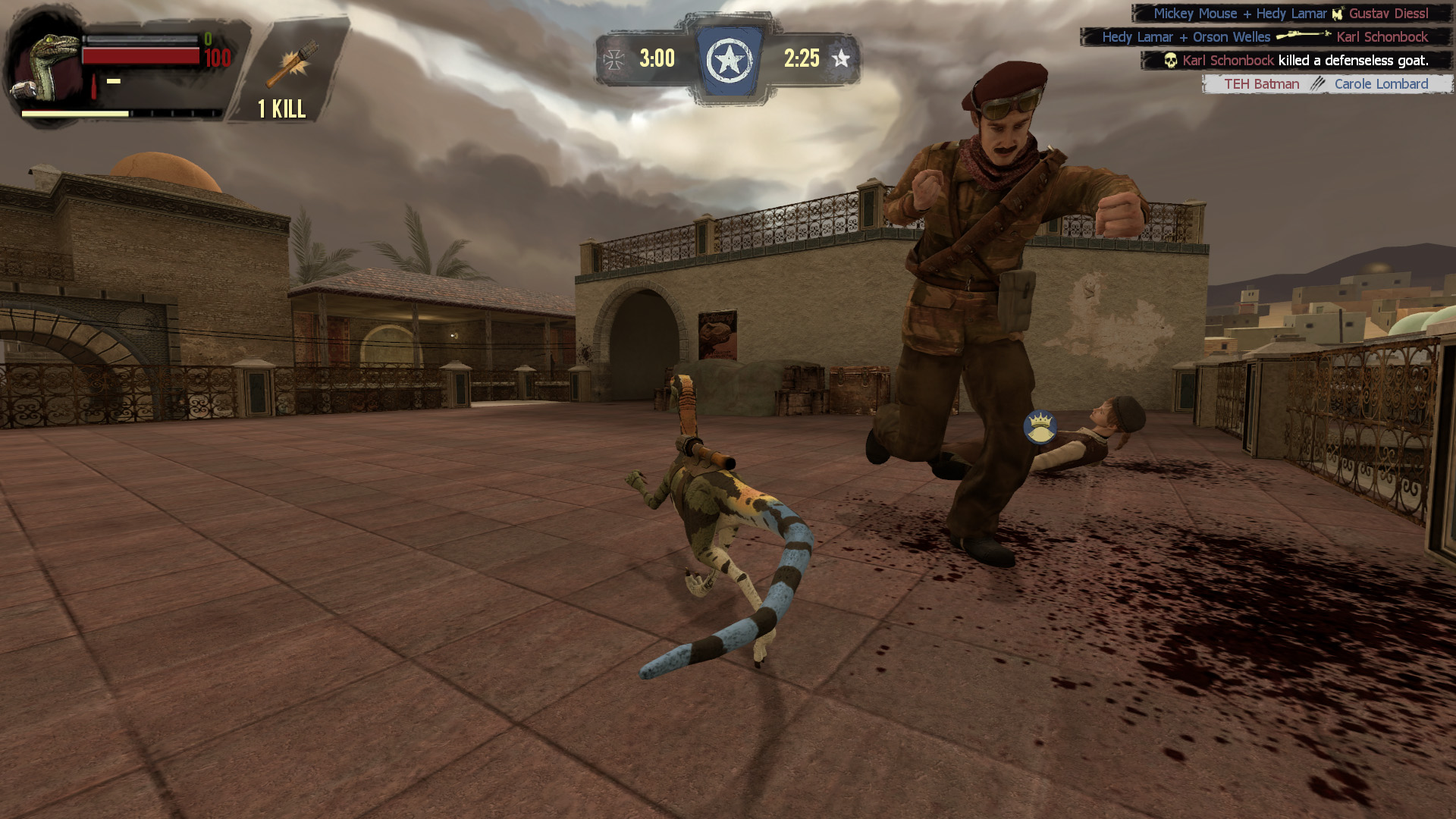 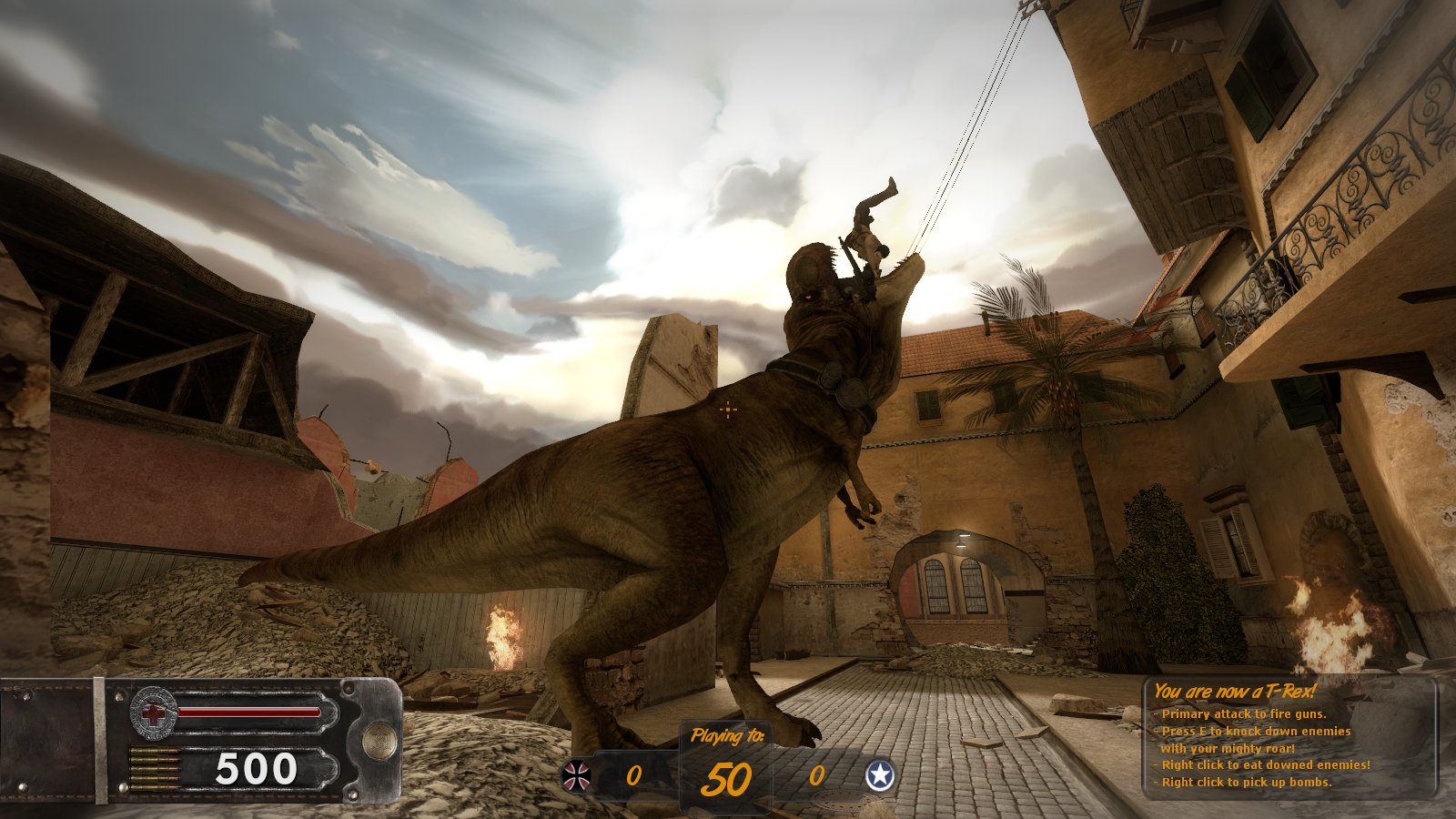 Uploaded: 30.05.2020
Content: text 63 symbols
Loyalty discount! If the total amount of your purchases from the seller Evgen348 more than:
If you want to know your discount rate, please provide your email:

1942 year. Adolf Hitler managed to revive the dinosaurs. The horde of reptiles has already attacked Europe and the Mediterranean. Really no one can stop the Nazi army of dinosaurs?
Dino D-Day is a frenetic, futuristic multiplayer game that will take you to the Second World War. You and your friends can fight on the Internet, selecting a team of allies or Nazis. The side of the allies includes seven characters, including Trigger - a protoceratops, rescued from the hands of the Nazis. Shoot the Dilophosaurs with the right M1 Garand rifle, blast the Kamikaze-Pterosaurs from Thompson´s machine gun while they are in the sky, or drop dead hares to lure Raptor into a death trap.
In the game for the Nazis, the player has three human classes and three classes of dinosaurs to choose from. Quietly and quickly kill the enemy for the Raptor, mercilessly shoot enemies with a 20mm cannon for Desmatozukha, or rush into the crowd of enemies while playing for Dilophosaurus, grab the enemy and throw it at another enemy to make a double murder! Or, if you prefer rifles, choose one of three classes of German soldiers and support your fellow dinosaurs in battle.
You played many games on the events of World War II ... but did you ever play in the Second World War with the participation of dinosaurs?
Key features:
A violent multiplayer shooter featuring Nazis and dinosaurs
7 playable classes of dinosaurs: Velociraptor, Dilofosaurus, Desmatosuch, Stygimolochus, Protoceratops Trigger, Tyrannosaurus Rex and Styracosaurus.
9 playable classes of people
26 types of classic weapons of the Second World War and a large number of incredible dinosaur attacks!
Powered by Valve´s Source engine, which developed such megahits as Half-Life 2, Team Fortress 2, Portal, Portal 2, Left 4 Dead and Left 4 Dead 2!