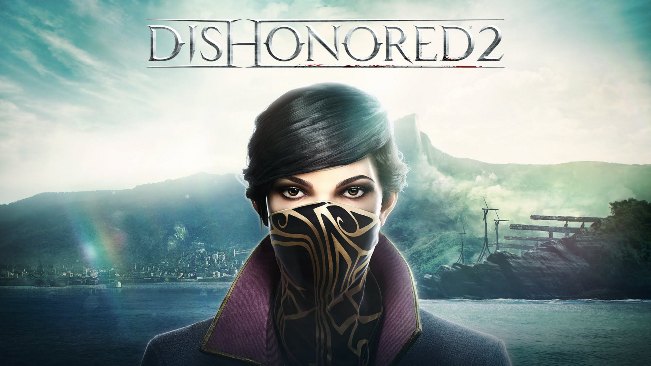 Uploaded: 05.01.2021
Content: dish2_36.txt 0,02 kB
Loyalty discount! If the total amount of your purchases from the seller BEST-PRICE more than:
If you want to know your discount rate, please provide your email:

* INSTANT DELIVERY IMMEDIATELY AFTER CONFIRMATION BY YOUR PAYMENT *

After payment of the order, the system automatically (without our participation) will instantly send you a link to access the official activation key of the game by mail: Dishonored 2

Events unfold 15 years after the culmination of the first part. You will have to free the inhabitants of the capital Serkonos from the oppression of the mysterious usurper who seized the throne. Emily Caldwin, who lost power, goes underground and is trying to restore her reputation, in which Corvo Attano helps her.

The developers promise that the game Dishonored 2 will be as flexible. The concept of the narration will depend on the protagonist of your choice and the style of the mission.

Two characters available. You can go Dishonored 2, playing for Corvo or Emily. Heroes have their own sets of abilities, weapons and equipment. Emily´s advantages are speed and agility. Corvo will be more cumbersome, but strong and brutal. The selected character will have to go through the storyline from beginning to end.
Awesome atmosphere. Having bought the game Dishonored 2, you will again plunge into the dark world of the Victorian era. The developers promise to fully convey the atmosphere to gamers through the scenery of a tropical island.
Flexible gameplay. Levels can be passed in different ways depending on your style of play. You will be able to reach the goal, either by avoiding a battle or by bloody with the blood of Karnak Street. The world around us will react to all your actions.
Advanced AI. Enemies will become much more dangerous. The price of negligence in the world of Dishonored 2 — fights with opponents having improved AI. The guards will search for the protagonist and realistically react to the changing situation.
Asymmetric skill trees. Each force will have extensions and offshoots. Using the runes, you can pump selected abilities as you like.

Activation:
1. Launch the Steam client.
2. Go to the "Games" section and select "Activate in the Steam".
3. Enter your purchased activation key.
4. After that, the game will appear in your list of games and it can be set.