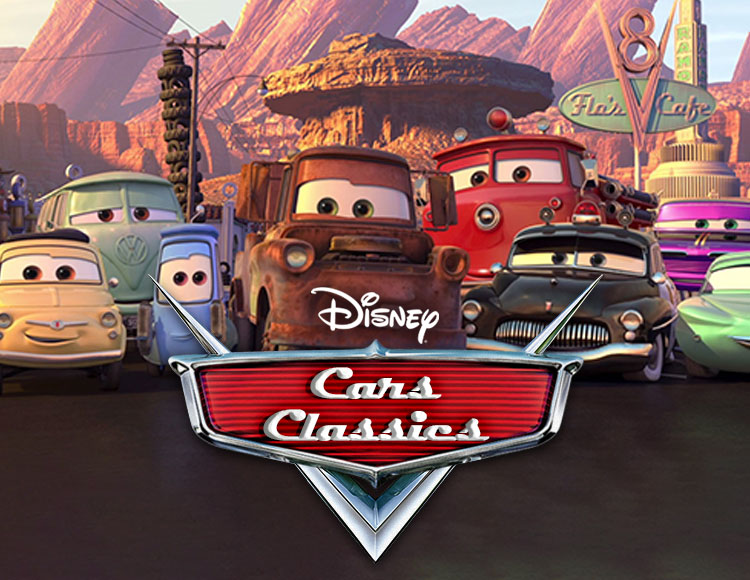 After paying for the order, the system will automatically (without our participation) instantly send you a link to your mail to download the license activation key for the game - Disney Cars Classics (PC)

Taxi into a world inhabited by ... intelligent cars! A world in which the main events are rallies, and the "stars" are gorgeous racing cars, the heroes of a wonderful film created by the Disney / Pixar studio. Take part in incredible races with the indomitable and ambitious racing car Lightning McQueen, the charming Porsche Sally, the legendary Doc Hudson and other cars. And at the same time, experience amazing adventures in the company of your favorite heroes and win the main sporting event of the season - the Big Piston Cup. In addition, the prize points earned in the races will open access to numerous bonuses! Speed! You are speed! Become a champion!

Game features:
Relive all the highlights of Cars in this adventure hound game.
Open game world with over fifty races available.
More than ten controllable characters familiar from the cartoon.


Disney / Pixar Cars: Mater-National Championship
One day, Lightning McQueen decided to build a racing headquarters and a stadium in Radiator Springs. Upon learning of this, his longtime friend Meter came up with an excellent idea - to hold an international championship in the city! Become a world champion! You will meet again with your favorite characters, who have arrived in the hope of getting a victory in the prestigious championship. Visit Klaxon Valley, Radiator Springs and Pike Tail Gorge, take part in Monster Track races, races and relay races, complete all mini-games and become the owner of the main prize!


Disney / Pixar Cars: Radiator Springs Adventures
Enter the world of living cars to meet the characters of the animated masterpiece of Disney / Pixar studios! In this collection of mini-games, you can hang out with all the inhabitants of the town of Radiator Springs and learn a lot of new and interesting things about local life.

You are given a unique chance to transform into a real car: you will learn how to work at a gas station with Flo and sort tires in Luigi´s shop, assist Doku on operations, catch troublemakers with the Sheriff, perform the most fashionable autotans in a cool way, and go to a car cinema. In addition, you can compete in speed with ten legendary denizens of Radiator Springs and receive many bonuses from cartoon fragments, photographs, and more.

Key activation:
1. Download and install Steam - http://store.steampowered.com/
2. Register a new account on Steam or go to an existing one.
3. Go to the "My games" section and select "Activate via Steam", enter the key.
4. After activation, the game will appear in the list of games and you can download it from Steam.