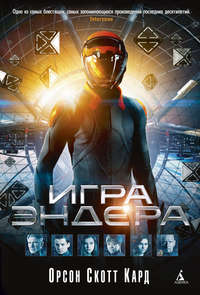 Earth civilization is under threat. For seven decades, mankind has been waging a lose-lose war with an alien alien race, and the chances of victory are melting. Is there no hope and mankind will have to die? And such hope appears. A genius is born on Earth, a child who is destined to become the savior of mankind. His name is Andrew Wiggin, or Ender, which means the winner.

“Ender´s game” is an absolute masterpiece of modern fiction and a rare case in the history of the genre, when a novel wins two highest fantastic awards in one year - the Hugo and Nebula awards. That is, it receives simultaneously both reader and writer´s confession.

After the purchase file is provided. pdf

Kingdom Come: Deliverance Treasures of the Past Global