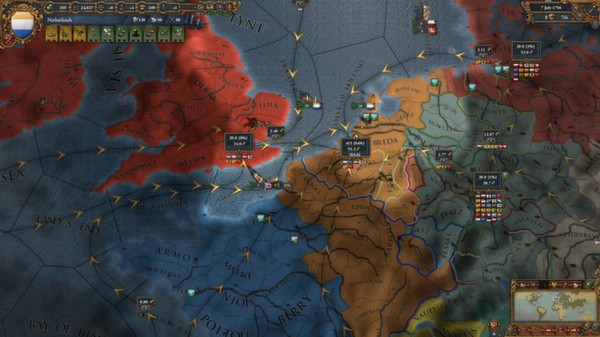 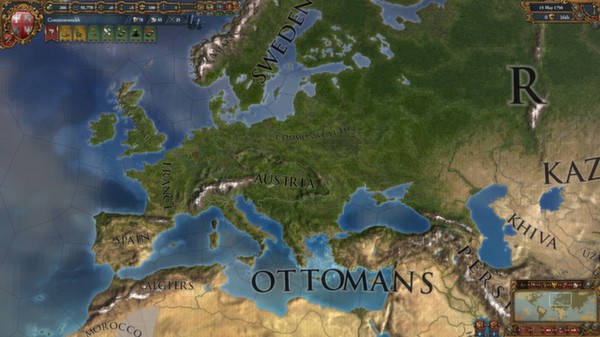 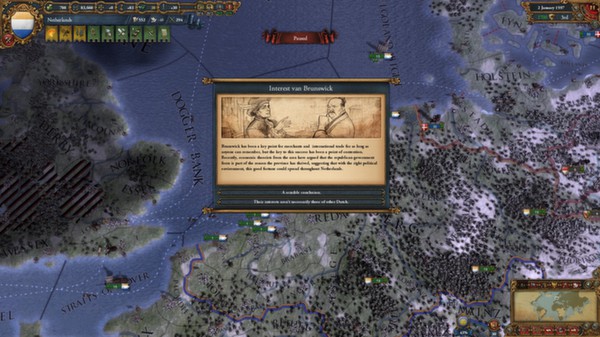 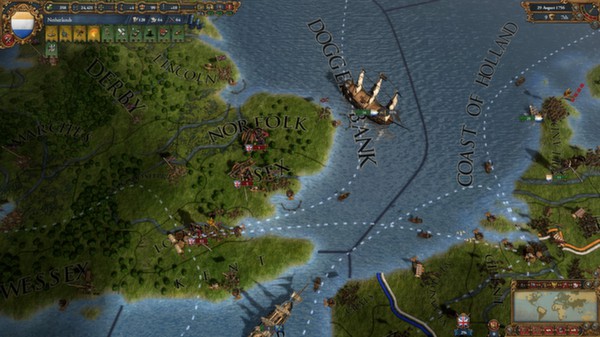 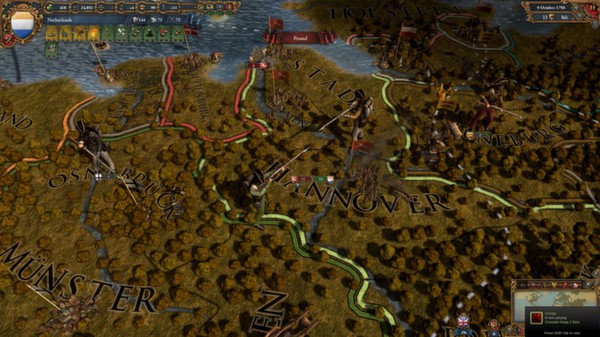 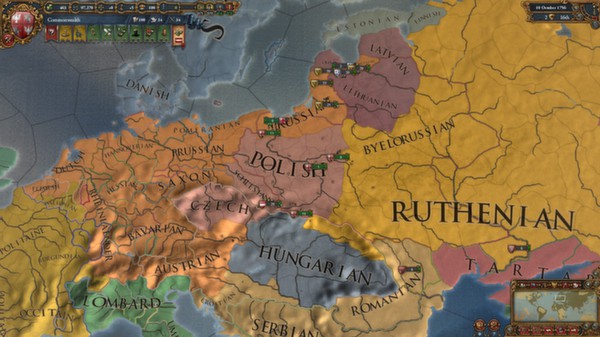 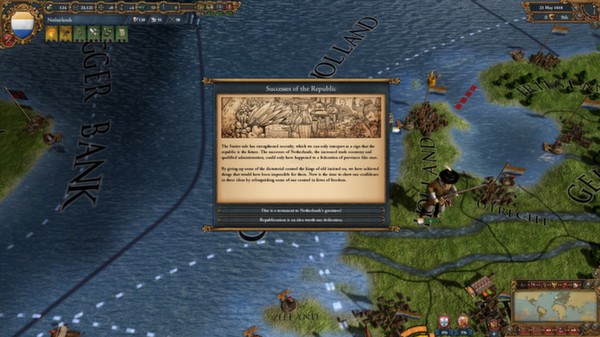 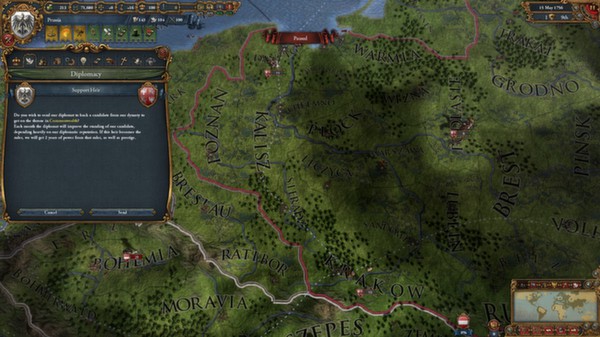 https://store.steampowered.com/app/279623/Expansion__Europa_Universalis_IV_Res_Publica/
Res Publica is the third expansion for the much lauded strategy game Europa Universalis IV, that introduces new and unique ways to rule over your populace and govern your nation.

Featuring the introduction of a new government type, this expansion also offers new idea groups to explore as well as new gameplay elements for Republics and Dictatorship. Res Publica elevates the art of governance and exploration by allowing the player to experience new ways of receiving bonuses, whilst expanding on their trade empire.

The age of exploration is brought to life in this epic game of trade, diplomacy, warfare and exploration by Paradox Development Studio, the Masters of Strategy. Europa Universalis IV gives you the ability to control a nation and if you have what it takes, you can mold it into an empire that lasts through the ages.

New election events for Dutch Republics:
- Centered around Statists and Orangists. If Statists are in power elections are held every 4 years, a new ruler will always be be chosen out of 2 random candidates. -- With Orangists in power there is no election until the ruler is deceased.