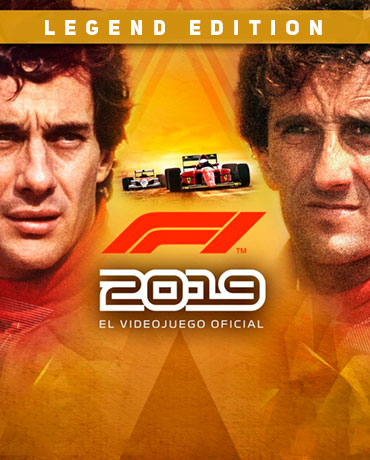 F1 2019 is a new anniversary part of the official series of car simulators based on the Formula 1 World Cup. The game is timed to coincide with the Austrian stage of the Grand Prix, and the cover of the anniversary edition shows the Russian F1 pilot Daniil Kvyat.

“We are very pleased to release F1 2019 earlier than usual so that players can enjoy the game while developing the picture of the real championship. Our close cooperation with the leadership of the championship played a huge role in achieving this franchise progress. This, as well as the two-year game development cycle, allowed us to introduce some new ideas and innovations in the franchise, which we can’t wait to present to the public in the coming months, "Codemasters reports.

In F1 2019, you get access to the entire calendar from the 21 runs of the 2019 season and you can compete with an impressive list of 20 pilots and 10 teams. Also in this season will be presented a new series of F2.

Key Activation:
1. You need to download and install Steam http://steampowered.com/download/SteamInstall.msi (if not already installed)
2. Register a new Steam account or log into an existing one.
3. Go to the "My Games" section and select "Activate via Steam" and enter the key received immediately after payment.
4. After activation, the game will appear in the list of games and you can download it from steam.